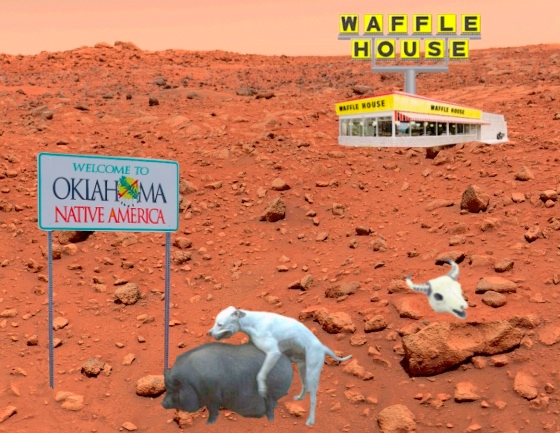 Many Cyclone fans out there will be making the trip down to the taint of the United States this weekend for the ISU-Oklahoma game in Norman on Saturday. We here at WRNL thought that it was our civic duty to inform our readers of what lays ahead of them as they make their way through the heart of the bible belt.

To start, Oklahomans describe their state as such... "Manliest state in the Country. Where men head-butt bison, punch deer in the face… "IN THE FACE", and fight off tornadoes with their gargantuan dicks." So, right off the bat you know what you're getting yourself into.

-Remember to pack in your own cold delicious beer. Because Oklahoma is run by a bunch of fun hating vaginas, the only cold beer that is available is 3.2% alcohol. If you want to buy the full strength stuff, you have to go to a liquor store, and buy it warm. WARM! How in the hell are you supposed to drink and drive with warm beer? The hell is that? It's best to keep a stocked cooler at all times to avoid this atrocity. 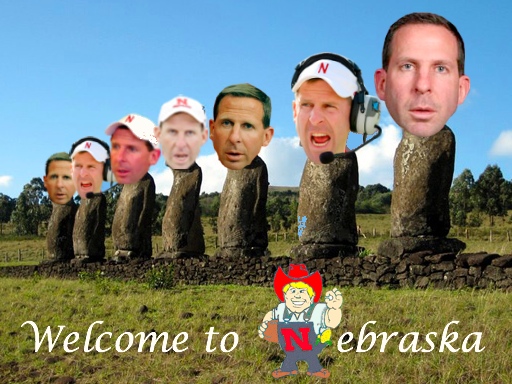 - Oklahoma is desolate and lifeless, so without any distinguishing features that Oklahomans themselves vacation to New Mexico. Leaving Iowa and traveling the goat trails maintained by Missouri is bad enough - once you reach Oklahoma there is nothing, literally nothing. It makes Nebraska seem lush with its dead grass and Easter Island style Pelini sculptures. And as if it's not enough that their roads suck and skeletal remains of longhorns dot the hillsides, they will penalize you $3.50 every 50 miles for the opportunity to use them.

- When tipping at a restaurant, if your server begins biting the currency you left for them, don't worry. That's just how you make sure it’s legit.

- Don't fall into tourist traps. Yes, the worlds largest ball of twine might sound interesting at first, but its probably all a ruse to get you to Tulsa where you can be raped and plundered all dueling banjos style. Besides, the awkward cab ride with a bucked-tooth, cut off jean short wearing degenerate who attempts to sell animal pelts to you just isn't worth it.

- No matter what the temperature, DO NOT agree to share a stadium blanket with some stranger and his sister. It's a trap.

- Their wind is really windy, it will upset you a great deal.

-Jonesing for Taco Bell? Don't look for one in Oklahoma. Oklahomans hate Mexicans because Mexican rhymes with Texan ... and Horns down buuuyatches!!

-Avoid any and all gift shops which feature "authentic" hand made Native American art, crafts, or "relics". These were actually made by enslaved 8 year olds in China, and their sole purpose is to fund Kemosabe's mouthwash habit.

-Haven't seen the new Ron Howard flick? Oklahoma can help. All local theatres are state-mandated to show Far & Away and the most recent Howard film at least thrice daily. Also, use the word thrice ... young Oklahomans love to learn new words, you can even adopt one of the little fuckers for a $1 a day.

-While in Oklahoma be sure to dress the part. buy the finest 10-gallon hat, skinny jeans, and belt buckle available - it'd probably help to learn to do the electric slide. Oklahoman women gush red rivers for a good electric slider. "Its electric, shoobeedoobeedoobeedo"

-If you are playing music, and it isn't Toby Keith, turn it down for fuck's sake! If Oklahomans find out that you are listening to any thing that isn't Toby Keith, especially if it's some terrorist lovin' Jesus hating liberal hippy bullshit rock and roll, they WILL shove a boot up your ass. It's not just the 'Merican way. It's the 'Homan way.

-When discussing current events with the local population, be sure to stroke their egos. Oklahomans are full of themselves in the standard Texas mold - but don't say that part. Bringing up Texas will get you strung up a tree quicker than a black dude at Klan rally. Yes, they still hang you ... just like Texas. And we’re pretty sure they have Klan rallies too. For our readers whose name starts with a single consonant followed immediately by an apostrophe, don't say we didn't warn you. 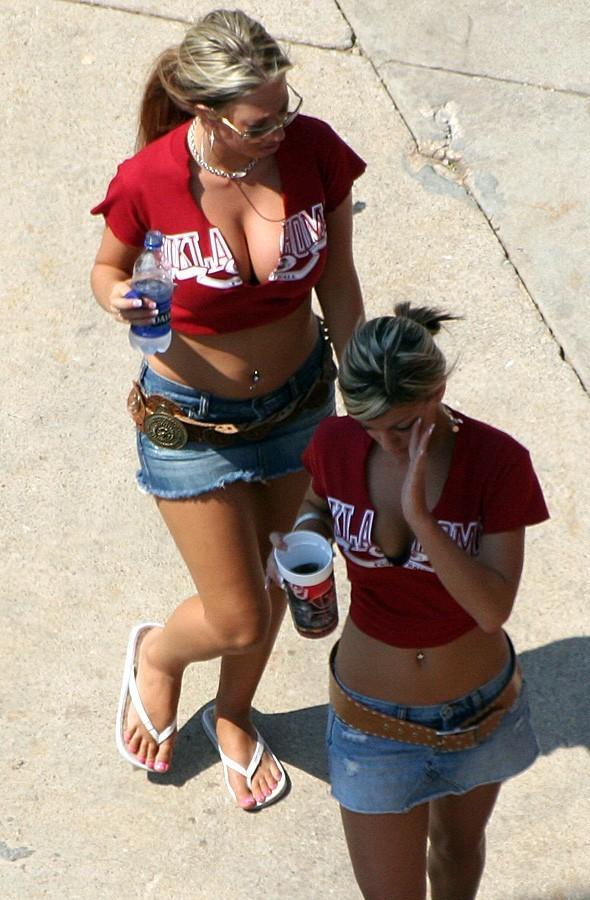 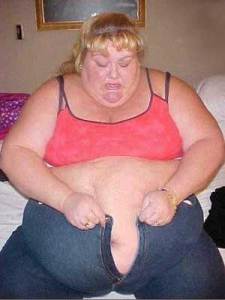 - We’ve all seen these two... and if you're like me you've made self love to this photo on multiple occasions (left). However, this would be a huge misconception to assume that these fine pieces of trim are a dime a dozen in Norman. Contrary to what the Sooners want you to believe, the average Oklahoman female looks a bit more like this (right).

Have fun in Oklahoma folks. If the football game doesn't quite feel enugh like a colonoscopy, dealing with the people and the shame and misery that is this fine state surely will.