The Land of Rejected Mascots

Share All sharing options for: The Land of Rejected Mascots

In the researching of Oklahoma University for our hard-hitting and intellectually stimulating content, we became aware that OU has new mascots. They're still the "Sooners", but they added two cream-colored & red-maned horse costumes to entertain the kiddos and confuse the elderly. 'Sooner' & 'Boomer' debuted in 2006 and were received by blank stares and confused mumbling. However they were eventually accepted, begrudgingly, by the tradition-bound ginger-hating fanbase. Today every young OU fan looks forward to the chance to "ride a sooner" - and the felt horses/pigs are displayed prominently on the local currency. 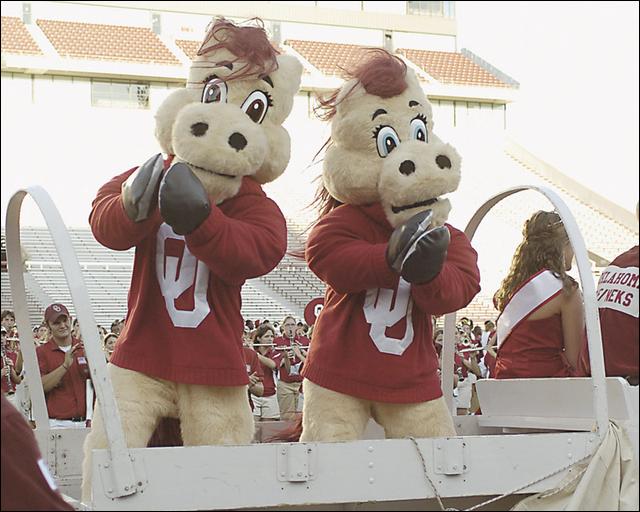 However, WRNL has learned that Boomer & Sooner were not the only mascot on the drawing board. We've obtained the last several rejected mascots that ended up on the wrong side of the cut line. Most of these were even mocked-up by the OU athletic department to give you a better idea of their vision: 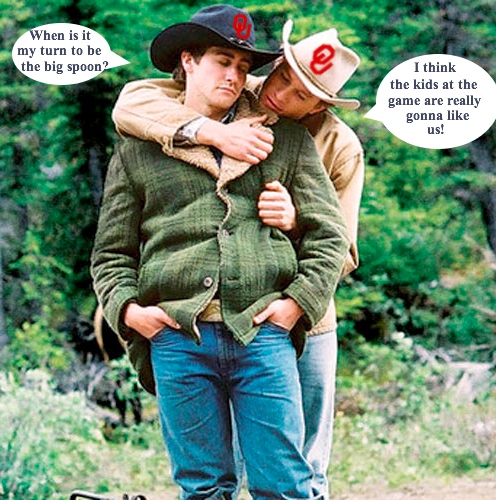 Spooner & Spoonee: Obviously, rhyming is charming to the drunk and stupid - I fucking love it. The Sooners think so too - that's why the option of Spooner and Spoonee garnered so much interest: everyone knows you can't spoon alone - the Nazis spooned alone. Spooner and Spoonee would have been western themed gentleman who loved to cuddle - a can't miss! 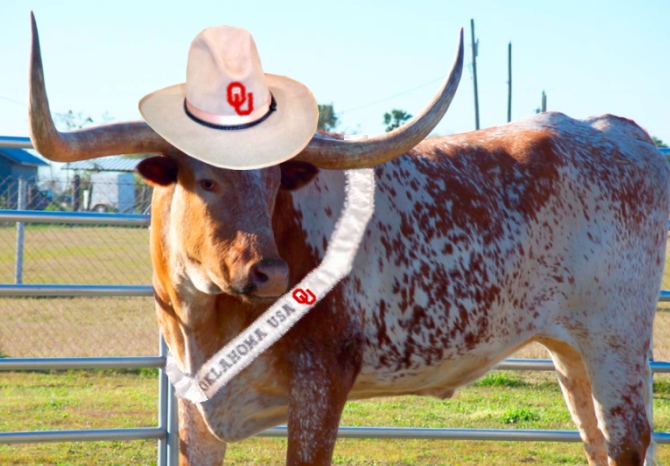 Oxvo: If Oregon Trail has taught us anything, it's that you go nowhere without oxen for your wagon, therefore Oklahomans love them some oxen. The ox would have to look intimidating, so the horns would be elongated for effect. Oxvo would probably wear a cowboy hat too, as it's God-mandated for anyone bordering Texas. Those longhorn bastards wouldn't know what hit them when the mighty ox-man Oxvo plodded into town. "h-OU-k em Sooners!" 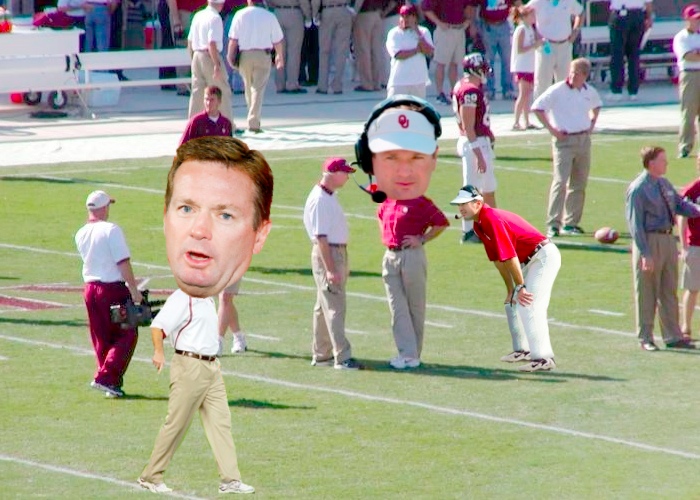 Stoop & Bob: Stoop and Bob would have been costumes based on the legendary OU football coach, "Big game" Bob Stoops. Both would of course have a wobbly bobble-head far too large for their bodies. The man-tits however were not enlarged for effect, those are to scale. The costume maker who created the Oklahoma State freaky-rapist-cowboy even came forward to deliver the final product. Unfortunately, Bob is a modest sort, and didn't want to confuse his wife with multiple hims walking around. 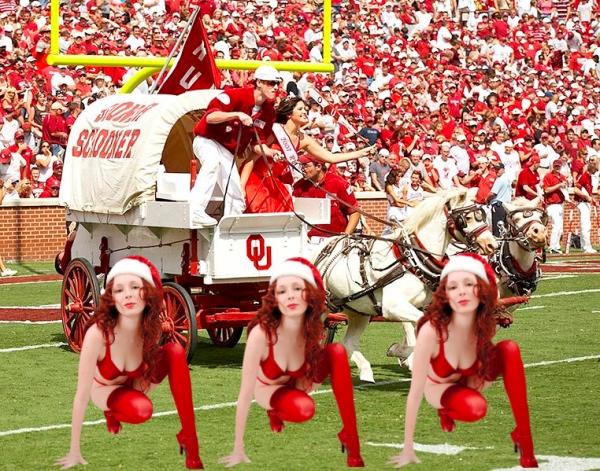 Red Headed Whoures: Someone mumbled when they mentioned that they wanted to see "some ginger horses" as mascots, apparently creating some confusion, but the marketing department blindly ran with the idea. Creamy white skinned, almost lifeless looking, redheads who will do just about anything for a fifty. They don't have names because they don't have souls.

Overall, we'd have to say that the Sooners missed big time by going with the two little felt horses. Seriously, how are those better than any of these?