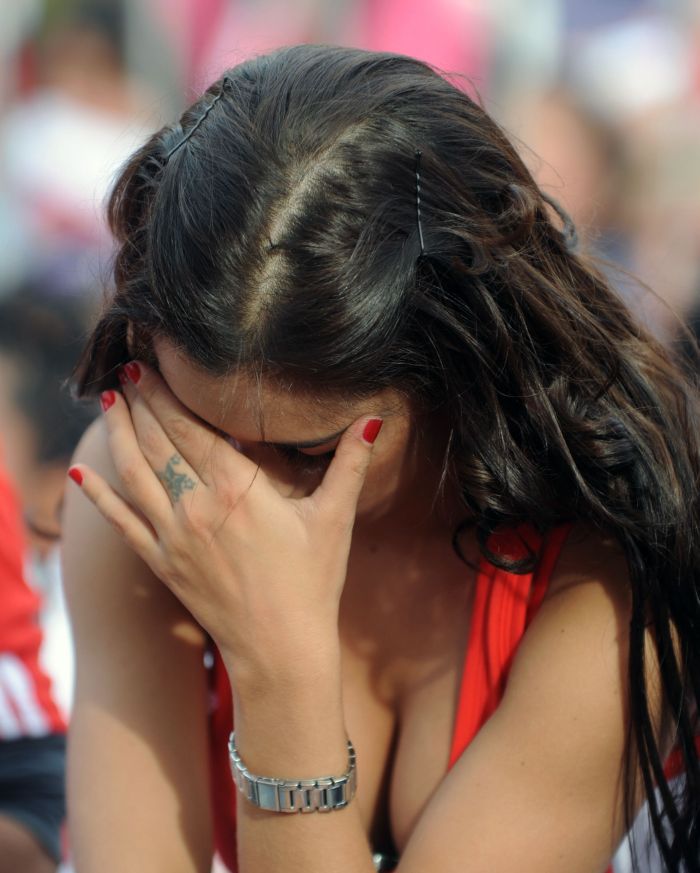 WRNL smacked Utah right in the mouth with Mormon week. We badmouthed the highly ranked Oklahoma Sooners with very little chance that we would back it up on the field. We take on all comers, someone has to trash the opponent, and we kinda get our rocks off doing it. But this week is different, this is Kansas week.

Our frequent readers will have noticed a lack of Kansas related smack this week, and we apologize. We just couldn't find the level of depravity it would take to mock a team and fanbase that has been beaten down into a shadow of its former middling self. Kansas is just terrible - and no KU fan will fight you on that assertion, they just drop their heads in shame, self hug, and mumble to themselves about next year. It's so sad and depressing that mocking it would be a real dick move, better to just look away and avoid awkward verbal exchanges. Fuck no, we're not going to hug you. [editors note: unless you're that cleavage shot on the right ... we'll hug that out]

Kansas has had a really rough 2010. Their heralded basketball team fell to the lowly Northern Iowa Community College in the NCAA tourney. And if that weren't depressing enough, they soon learned that basketball doesn't mean shit in the conference building game as they were lumped in with the other five Big 12 North schools not named Nebraska. 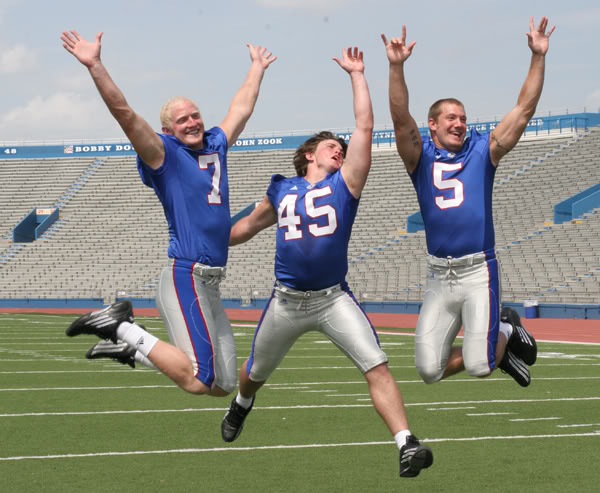 In an effort to wash away the memory of the Panther beating, KU fired head football coach Mark Mangino, alleviating itself from fat jokes - which should just about balance out the "not winning anymore" part. KU's athletic director was later forced to resign early this season as fans called for his head (so they could fill it with candies and try to lure Mangino back).

Kansas fans now look to new head coach Turner Gill to try to improve the debacle that is the program at the moment. Gill is trying to right the ship with heavy discipline but he is crippled by lack of depth and homosexual linebackers (pictured at right). He has famously instituted the old Bear Bryant standard: The Swear Jar, in hopes of keeping opponents less motivated to shit-stomp them in the late quarters as they are undoubtedly impressed with politeness of the Jayhawks. As a sign of solidarity with the new ball coach, WRNL has decided to self-police its articles all week and donate a quarter a vulgarity to the cause. And let me tell you - its really racking up the bucks.

We'll leave your $11.50 on the dresser for you Gillster, you deserve it.