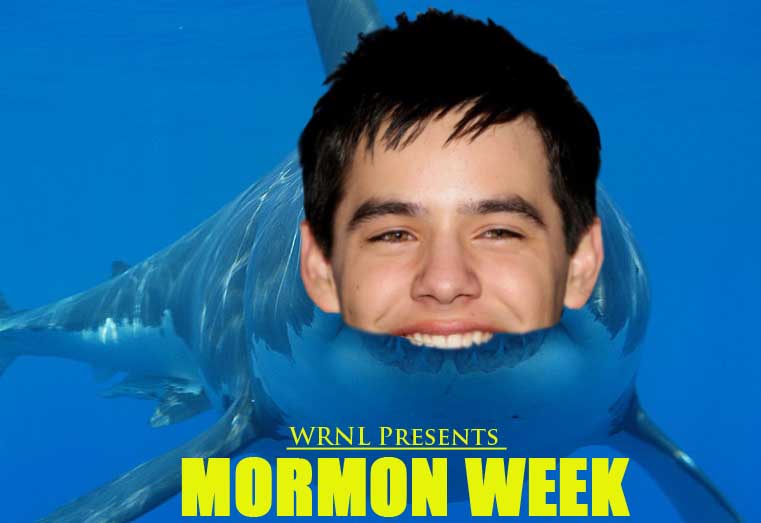 In Episode 2 of WRNL's week long feature, we detail the Archuleta Shark.

The Archuleta Shark is a docile creature at its core, but when it senses the heartbeats of teenage girls, it goes into a feeding frenzy. It is an amphibious shark, known to come out of the water for open mic night at your local karaoke bar or American Idol audition center. It is not known how the Archuleta Shark reproduces, as it generally engages members of its own gender in sexual activity. It mates for life with each of them, creating a sweaty pile of he-bitches that would be the envy of any Mormon.