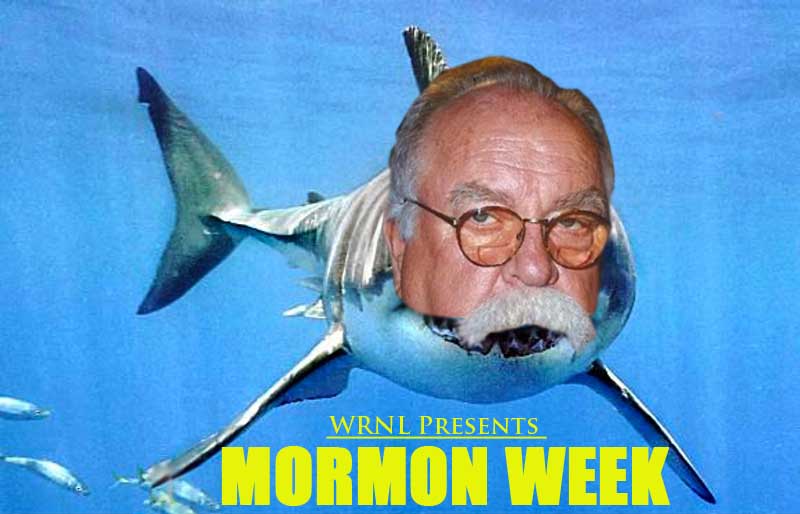 The Wilford Brimley Shark is the most moderately tempered of all aquatic Mormon mammals. Its sluggish movement and lethargic demeanor are attributed to the disease in which it is born with: Diabeetus. Diabeetus, known as "sugar leg" amongst land dwelling mammals, is a deadly disease that is contracted after eating copious amounts of Werther’s Originals and salt water taffy’s over an extended period of time. Said to be deadlier than AIDS, this horrible sickness plagues the life of its host, forcing them to pay attention to shitty medical commercials, and turning them into fat, wheezing, walking (or in this case swimming) heart attacks.

The Brimley Shark spends much of his adult life encouraging other lethargic and near death mammals to be careful of the Diabeetus. He does so by telling them that they may be eligible to have Diabeetus testin’ supplies shipped direct to their door. That way they don't have to get dressed, get in the car, drive all the way to the store, wait in line and deal with people. If there's anything that the Wilford Shark hates more than high blood sugar, it's dealing with other people.

Here’s a video of this magnificent creature in his natural habitat...