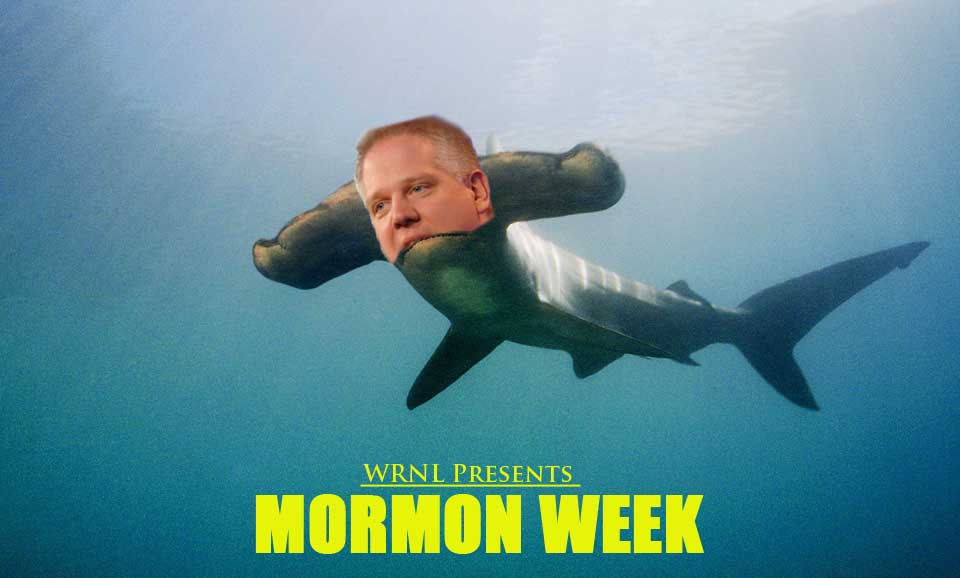 The Glenn Beck shark is a rare breed of shark that manages to succeed in the waters despite everyone questioning the point of its existence. While the shark has only been part of the Mormon religion for roughly 10 years you would think that he has been a life long member based on his profound belief in the Mormon God.

Originally employed by a competing shark group the Glenn Beck shark moved over to the highest paying shark group a few years ago. In doing so he has managed to gain a large following by comparing dolphins to Adolf Hitler, sharks who travel together as socialists, and jellyfish as hippies. The Glenn Beck shark specializes in striking fear in to those who are afraid of anything that is not white, Mormon, or speaking English.

Please folks, when out in the water, watch out for this mad, mad man shark.