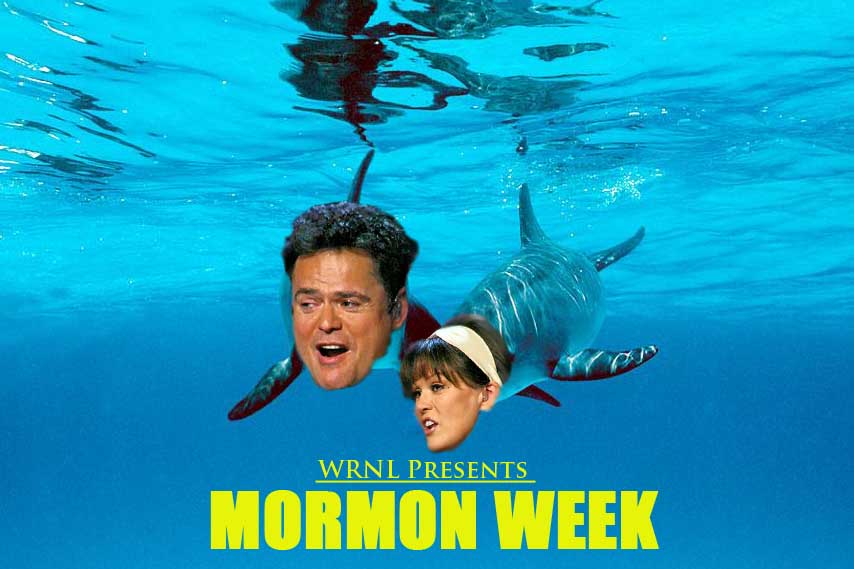 The Osmond Shark like many types of Mormon Sharks, tends to produce a rather large brood. Osmond Sharks tend to go through a bizarre life cycle. It starts with stardom early in it's youth, which fades quickly, only to result in semi-ironic comebacks later in life. Some of the pitfalls of the Osmond Shark life span include eating disorders, divorce, drug abuse rumors, and lesbian offspring, which is a major Mormon "no-no".

Little is known about the Osmond Shark, yet scientists suspect that the younger members of a brood of Osmond Sharks tend to engage in incestuous behavior, which unlike homosexual behavior is widely accepted and even glorified in Mormon culture.