Share All sharing options for: Hawkeye Coach Turns to Poaching

University of Iowa Assistant Wrestling Coach Mike Zadick had his home searched and weapons and animal hides seized in an apparent poaching sting early this week.··Law·enforcement officials posed Wednesday morning with the large piles of illegal skins that Zadick is charged with killing out of season. 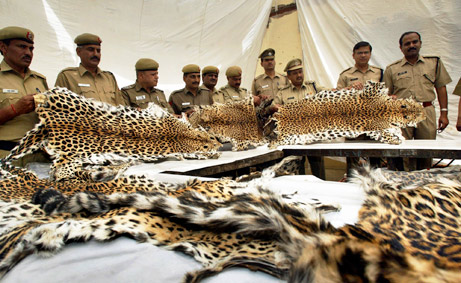 University of Iowa officials were silent·today, but a source indicated Zadick was likely trying·to pay off gambling debts by dabbling in the illegal ivory trade and·black-market chinese medicines.· 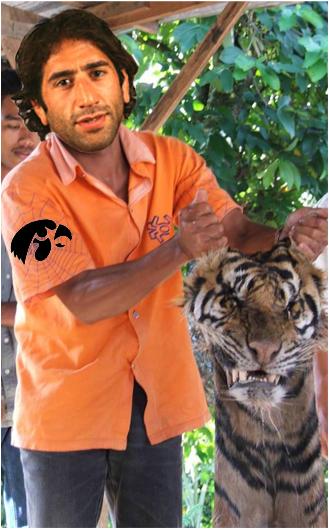 "Mike bet a lot of money on·the football team·going undefeated, everybody did.· He owed a lot of people, but you know you can make some serious bank selling an elephant tusk or a tiger penis to a black-market jeweler or pharmacist.·Mike really wanted those cocks, he was obsessed with them"

"He's facing serious charges, fines and possible prison time" said one DNR representative.· "It's nothing to make light of"

Iowa hawkeye websites are abuzz with rumors about the charges, though most feel he'll be found innocent.

"I heard the tiger called him a racial slur before he shot!· That's racist! " wrote one HawkNation poster named crabshack.

Zadick faces charges of a simple misdemeanor, punishable by up to 30 days in jail, a singapore style caning at the hands of one Bear Grylls, and/or a $100 fine. State law also requires additional flagalltion or fines for each killed animal and each antlered deer killed.

Despite WRNL's efforts, Zadick could not be reached for comment.