Gmac is Back, But Thankfully Only For a Day

Share All sharing options for: Gmac is Back, But Thankfully Only For a Day 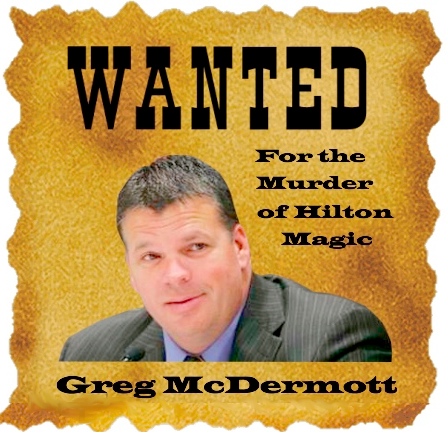 The Cyclones Men's Basketball team squares off against Creighton this afternoon at Wells Fargo Arena in Des Moines. As we all know, the Bluejays made the piss poor decision of hiring program killer extraordinaire, Greg McDermott, away from ISU this past summer. Have we said "Thank you" for that yet? However, there are still many unresolved issues between ISU and the former head coach. WRNL has issued a bounty on the head of GMAC. Anyone who can bring him to face the charges he has been accused of stands to receive a reward of 5 wrnl stickers, a tee shirt, and a lightly used inflatable love doll. If that caliber of a prize won't bring him in, nothing will.

Charges against the Defendant:

1. Taking a once relevant basketball program and running it into the ground.

2. Introducing a style of play that rivals the excitement of a high school girls 6 on 6 game.

3. Single handedly driving away potential recruits, fans, and general interest in the program.

4. He is thought to have kicked a puppy and he hates boobs.

5. Hilton Magic has been absent for almost half a decade!!!

WRNL does not actually encourage an abduction of Greg McDermott, but by all means, heckle the shit out of that guy this afternoon!