What A Parting Shot

Share All sharing options for: What A Parting Shot 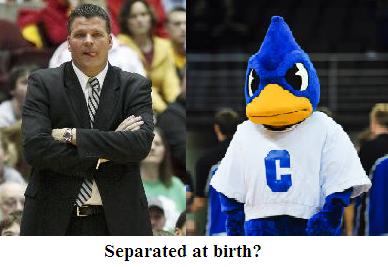 It all looked a little familiar, didn’t it? The jacket toss, the stomping tirades on the sidelines, the blown 12 point lead in the second half. Well, those are all Creighton’s problems now.

For those that weren’t there, this was a gutty performance by Iowa State and this team fought hard. The resiliency and the effort that went into inching and clawing to get back into that game was something we haven’t seen in oh…I’d say about four years. That’s right, for better or for worse, these Cyclones look free. They look relaxed. They look confident.

Now, before we all get nuts and start talking NCAA tournament, let’s keep a couple things in mind. This Creighton team came into this game struggling on the offensive end, and they put up 88 points. Some how, some way, Greg McDermott, the Grim Reaper of Hilton Magic, opened things up and his team responded. Remember that 4,000 page playbook we always heard about with McDermott? I’m sure most of us just figured that was a rumor and a myth, because we rarely saw any real plays while he "coached" ISU, but Creighton looked sharp and looked disciplined today and they executed.

Good for you Creighton. You can keep him. We don’t want him. We haven’t wanted him for the last couple years. You see, maybe, just maybe, we found someone better, and his free-will, constant attack style of play is a welcome sight. The Mayor had a couple tricks up his sleeve today, namely starting Calvin Godfrey over Melvin Ejim. Godfrey’s defense and intensity complimented Jaime Vanderbeken’s fluid offensive game. Ejim provided a scoring punch and an athlete that Creigton couldn’t keep up with off the bench. After Creighton jumped out to a 12-point lead to begin the second half, Fred rolled up his sleeves and let his team, a team that believes in him and trusts in him get to work.

And how about Vanderbeken’s shot? I can’t believe it took me this long to bring it up, but that was incredible. It was close and I’m sure that we’ll be debating it for a while, but the score is final. This game is finished and thankfully, so is the Greg McDermott era. The Mayor is back and he is here to stay, and to the delight of all Cyclone fans, he brought his Magic with him. 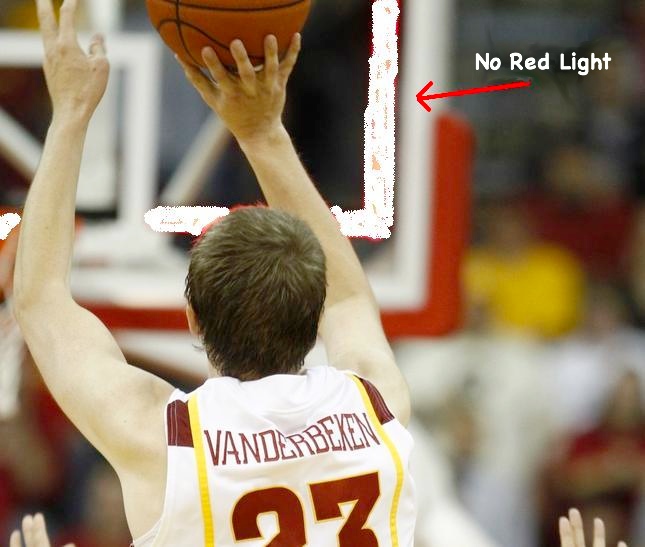 The photo above clearly illustrates that the red light was NOT on prior to the release.

EDIT: Melvin Ejim was late to the team shoot around and that is why he didn't start. Oh well, it ended up working out.