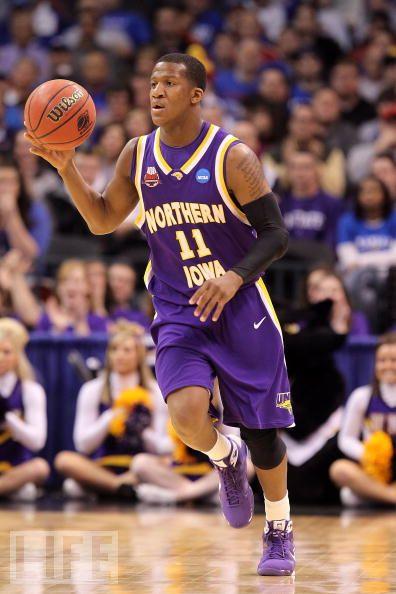 Watching Northern Iowa celebrate their shocking win over Kansas last March, I remember the sickening feeling in my stomach; that used to be us.

Beating Kansas was a Cyclone thing, or at least it used to be. When UNI’s Ali Farokhmanesh sank that three and buried what was left of that Jayhawk team, it symbolized a sign of the times. The fact is, that afterthought of a commuter college in Cedar Falls became the premier basketball program in the state over the last four years. With Greg McDermott at ISU and Todd Lickliter at iowa and their revolving door programs setting basketball back to the George Mikan days (actually, that might be insult to Mikan), Ben Jacobson and UNI capitalized by putting together a resilient roster that did all the little things well and played team basketball in its truest sense (what about Drake and their miracle ’07-’08 team you may be asking? Drake is relevant once every 50 years. They’re the basketball equivalent of Halley’s Comet).

So on Wednesday night in Cedar Falls, in a McLeod Center full of pseudo-Panther fans (who are really just hawk fans that occasionally wear purple), ISU will have a chance to take four years worth of frustration, place it a brown paper bag, light it on fire, and leave town with a good laugh and a victory.

This UNI team has holes. Gone is Adam Koch. Gone is Farohkmanesh. Gone is the hideous beast they called "Eglseder". This may be ISU’s first road test, but it is a game they should win.

Through four games, UNI is only shooting 41.9% from the field and 26% from three-point range. They’re matching every assist with a turnover and their bench is littered with inexperience and inconsistency.

Sure they play solid team defense and rebound well as a team, staples of a Jacobson coached squad, but in their only two games against a team that packed any type of an offensive punch, they came up short.

I expect ISU to struggle offensively and The Mayor will have to get creative when it comes to finding ways to manufacture buckets for his team, but the Cyclones will grind and drag this out, ultimately winning on a few key defensive stops down the stretch. 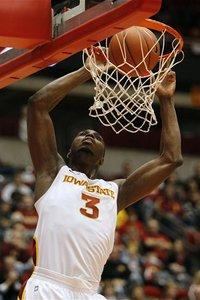 Look for G Johnny Moran to have a break out game for the Panthers. He’s only shooting 36% from three-point range on the season, but if G Kwadzo Ahelegbe can get into the lane and G Anthony James gets shut down by Jake Anderson, like I think will happen, Moran may have some open looks and his shooting can keep UNI in the game.

Look for Diante Garrett to pace the Cyclones. In his last two outings against UNI, Garrett has put up 17 and 15 points, respectively. Also, watch how C Jamie Vanderbeken is used. UNI forwards Lucas O’Rear and Jake Koch are big bodies, but Vanderbeken will have several inches on both.

Several good matchups here. Jake Anderson, ISU’s best defender is likely to spend most of the night on Anthony James, UNI’s leading scorer. Another good one will be the Melvin Ejim/Calvin Godfrey rotation on Jake Koch. Koch can step outside and knock down some shots, but could be taken out of this game by the athletic freshman duo.

Stat that probably doesn’t matter: Fred Hoiberg was 4-0 as a player against Northern Iowa.

Prediction: ISU 67 – The University of iowa at Cedar Falls 59.