Share All sharing options for: UNI Still in Recovery Mode

After last year’s shocking win over top seeded Kansas in the Sweet 16 round of the Men’s NCAA basketball tournament, one would assume that the student body at the University of Northern Iowa would be focused on the basketball program, and this Wednesday’s upcoming game against in-state rival Iowa State, who brings an unblemished 6-0 record and rookie head coach Fred "The Mayor" Hoiberg to the McCleod Center. However, the entire campus is reeling in the wake of an unexpected disaster: the University of Iowa Hawkeyes’ loss to a 2 win University of Minnesota Golden Gopher football team this past weekend.

When asked about the basketball game against Iowa State, UNI students seemed confused and quickly changed the subject to the Iowa/Minnesota game. "It was an absolutely horrifying loss. Iowa is a traditional powerhouse, much like USC, Notre Dame, Ohio State, Florida, and so forth. 7-5 and a bowl game in a warm weather city is unacceptable for a program like our’s. I’m not saying we need to fire Kirk, but something needs to happen with our football team," said Christopher Osten, a senior in Marketing from Osage. When asked to clarify why a UNI student referred to the U of I’s football program in a possessive sense he responded with a 30 second blank stare and proceeded to scream "GO HAWKS!" 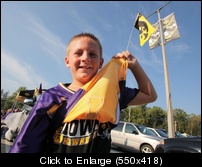 "Well, it was Minnesota’s Super Bowl. What can you do?" said Mike Fredrickson, a Junior from Dike. "Just like it was Arizona’s, Wisconsin’s, Northwestern’s and Ohio State’s Super Bowl. It’s obvious that all of these teams spend extra time preparing for the Hawks. Otherwise, Iowa would be undefeated and playing for the National Title." When asked his thoughts on the UNI football team’s season ending loss to Lehigh on Saturday, Fredrickson claimed "I have no idea what you’re even talking about".

However, a handful of UNI students were focused on Wednesday’s hoops battle with the Cyclones. "Oh yeah, I’ve been waiting for this games since ISU shut out UNI in football" said Kyle Williams, sophomore from Waverly. "Being a life long die hard Hawkeye fan, I hate ISU, and will NEVER miss an opportunity to go root against the Clowns for free. I have this UNI shirt that we were given at freshman orientation, and I only bust it out to root against the Clowns. Can’t wait to send Ames Community College packing on Wednesday. GO HAWKS!" When asked his thoughts on the University of Iowa basketball program, Williams had no comment.

Williams was optimistic about the mood on campus going forward, however, stating "Yeah, the loss to the Gophers sucks, but we still have the bowl game to look forward to. I have no doubt that Coach Ferentz and Stanzi can right the ship and salvage a little bit of the season. We should have a clear path to the National Title next year." 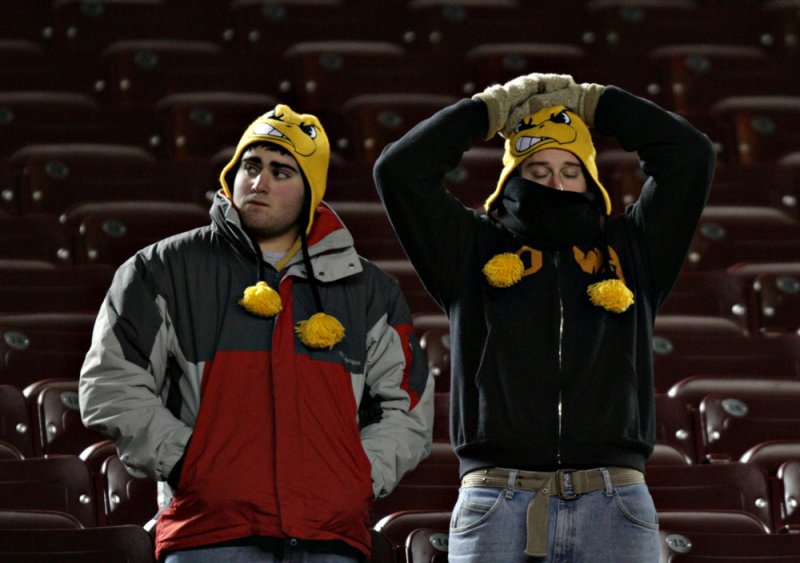