Set dumpsters ablaze at your own risk

If you were reading WRNL last week, you were subjected to ISU’s 25 most painful losses of the past decade. That was a bit of a bitch move right before the season, particularly since it wound up being a lot more painful than anyone anticipated. So, to make it up to you, this week we’ll recap 25 of ISU’s sweetest wins over the past decade. We owe you at least that much. Next week we’ll start making some predictions for the 2010 campaign, and we can start talking tailgating…look for an announcement regarding a WRNL tailgate on the shores of Lake Hilton coming in the near future.

Now, some of these towards the bottom may not be riot-worthy (depending on how much justification you require to riot), but the top few might stir some urges to overturn some cars or send a dumpster down Lincoln Way*

*WRNL takes no responsibility for any riots sparked off by the recalling of these wins, or any resulting damages from the Ames PD teargassing Friley/Helser and macing the folks coming out of the bars…you were warned. 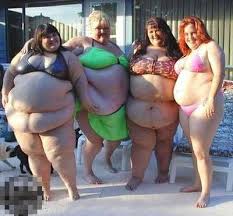 The NDSU "hotties" that lakesbison rolled into Ames

Bear with me for a minute.

Now, ordinarily, I’d agree with the quote and say a FCS team has no place on a Top 25 list. ORDINARILY. However, let’s put this one into context.

ISU is coming off a 2-10 season, with their only wins over SDSU and Kent State. Right after the season, Gene Chizik realizes that head coaching without a bunch of 5-star players is harder than he thought it would be, and bails out to replace Tommy Tuberville at Auburn. ISU hires Auburn’s former Defensive Coordinator, Paul Rhoads, a Dan McCarney assistant and Iowa native. He would be ISU’s third coach in 4 years. Recall that 2 years earlier, Chizik’s first season began with losses to Kent St. and UNI.

A loss in this game would have been disastrous. The Paul Rhoads era would have begun with a major stumble, and the jackass who calls himself, "lakesbison" would lord it over ISU fans on the message boards now and forever. Instead, the Cyclone defense stood tall behind newcomer David Sims and senior Jesse Smith and forced some costly turnovers, and ISU never trailed in rolling to a 34-17 win in Coach Rhoads’ debut, leaving ISU fans with stories about how lakes "dominated" ISU tailgating and sending him over to run his mouth on the KU boards.

Once again, some context required. A MAC team ordinarily wouldn’t make it on to a list of Top 25 sweetest wins. Ordinarily. However, ISU came to Kent, Ohio sporting the nation’s longest road losing streak, spanning 17 straight games. The Cyclones’ last road win was in College Station in 2005, four years earlier. With QB Julian Edelman gone (drafted by New England) and RB Eugene Jarvis out to injury, there was NO REASON why ISU should lose. (On a personal note, I was present for 9 of those 17 losses, so if we lost this one, I was going to ask the ISU AD to pay me to stay away from our road games)

ISU didn’t even need to bring in the National Guard to go through the Golden Flashes. Although the Cyclones went down 7-3 early following an Austin Arnaud fumble, after that it was all Iowa State. Arnaud took over the game, throwing a strike to Williams and running in two scores as the Cyclones went up 34-7. Kent State scored in garbage time, but at long last, the streak was broken.

There were two stories in this game. The first was the fantastic play of the ISU defense. This game was one of three games ISU pitched a shutout over the past 10 years (the other two were UNI squads). The second was the play of new ISU quarterback Seneca Wallace, in his first conference game.

This was a good, old fashioned beating.

Wallace completed 18 STRAIGHT passes, (a Big XII record at the time, until broken by Chase Daniel, who completed 20 straight in a 2008 game) going 22/24 on the day for 4 TD’s while racking up 357 total offensive yards. Even more impressive was the play of the defense, which held Baylor to 190 yards passing, including 13 total rushing yards. It was the first conference shutout since a 1978 game against Kansas State.

Lawrence, Kansas is a house of horrors for Iowa State athletics. ISU has won a football game at Kansas ONCE in the past 20 years, and oh, what a sweet victory it was. Ennis Haywood went though the KU defense like a combine through that "wheat" the KU students are so fond of "waving", exploding for 189 yards and 4 TD’s on the day (all 4 in the first half), sending the few KU football fans home early. By the final gun, ISU was heading back to Ames with the victory and with a voucher for the Independence Bowl in hand.

If there’s anywhere that’s a bigger house of horror than Lawrence, Kansas…it’s Boulder, Colorado. Despite a gradual recession from the national title share in the days of Bill McCartney, the Buffs have still been one of the bullies of the Big 8/Big XII North block – beating ISU every year since 1982.

On a cold, snowy day in Boulder, the offenses were red-hot, putting up a massive 889 yards between the two teams, led by quarterbacks Sage Rosenfels and Craig Ochs. However, while Ochs did most of his damage through the air, Sage showed what he could do with his legs, running for 140 yards and 2 TD’s and passing for one more. CU would lead 20-12 at the half behind three scores by CU RB Cortlen Johnson. It was all Sage in the 3rd-quarter, though, as ISU scored 20 points to go ahead 32-20, which was shortened to 32-27 going into the 4th. ISU ground out the clock in the 4th, as CU’s only two possessions ended in fumbles.