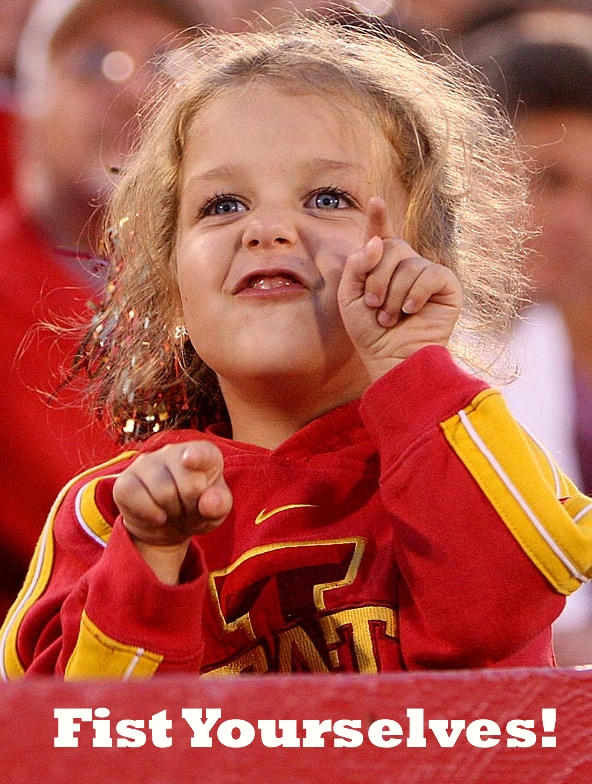 Hey, don’t look now but we’re 1-1 this year against the Hawkeye's: or at least their fans that is! Well, it is truly a shame that we don’t have to listen to UNI fan talk about how great they are anymore, but I’m sure they’re willing to remind everyone how awesome that Israeli kid that hit one 3 against KU and the rest of the basketball program is. What pro team is Farughckamaneeeesh playing for again? Oh yea, he wasn’t drafted and is playing in some throw away league full of uncut euros, most likely bumping foreskins with our old friend Lucca! Being handed a 27-point shutout is usually more than enough reason for a self imposed moratorium on attempting to run your mouth, but remember these are hawk fans we’re dealing with, so they’re sure to find something!

Jerome Tiller wasn’t exactly the second coming that the anti Arnaud crowd has been trying to sell him as for the last week or so, but he did show some bright spots at times. Either way a UNI offense that crapped its pants repeatedly all over the field and an ISU defense that was able to capitalize on turnovers made for a cool 27-0 Cyclone victory.

That’s right, zero. Just let that sink in for a minute… It might be a mediocre FCS team, but it’s a shutout and I’ll take it.