How to Deal with a Hawk Fan

Share All sharing options for: How to Deal with a Hawk Fan

Editor's Note: We're kicking off rivalry week with a guest submission from Balken, who pens this enlightening look at the various ways to effectively spot and interact with the annoying Hawkeye fans who will spring out of the woodwork this week.

It is a fact of our daily lives. Like the herpes sore that won't heal. Like the hazy, yet nagging memory of the night spent with a transsexual midget (or was it a dwarf?) Encounters with Hawkeye fans are a fact of life. If you live in the state of Iowa you likely encounter their douchebaggery on a daily basis. Accepting that they are a part of life is the first step. The next step is determining how to deal with them. This column will provide solid strategies to put in place so you may get to the pharmacy and fill your Valtrex prescription before the next flare up.

Perhaps the most annoying of all interactions with Hawk fan is at your place of work. What they may lack in overt offensiveness they make up with constant reminders of their perverted loyalty. 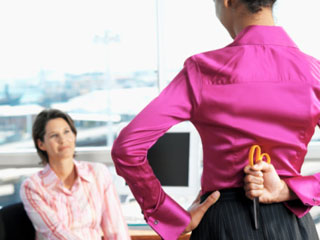 Usually Hawk d-bags readily reveal themselves through blazon displays of Hawk paraphernalia. The mini Hawk flag. The black and gold coffee mug. The Playgirl centerfold photoshopped with Tim Dwight's head. If any of these are present, you have a problem. From January through September you will be hearing National Championship talk. The month of October will be filled with discussions of the latest screw job by the referees or the greatness of the second-string quarterback. November will bring more talk of how much better they are than the balance of D1 teams in spite of those pesky losses. And if, God forbid, they get a BCS bowl game, you have hopefully saved up your vacation days for this emergency. If not, buy large quantities of ipecac to condition your stomach for vomiting at their over-the-top exultations of Captain Kirk.

Defecate on his keyboard.

Pros: This will render the offender without the ability to make ridiculous posts on his message board of choice and will likely result in his temporary relocation to a different cubicle. Also, the HazMat team required to remove the offensive material and accompanying chaos in the office will facilitate that extended lunch break you desperately need.
Cons: Office decorum generally frowns on getting caught with your pants around your ankles letting one go. If this happens, simply inform the HR person of your "encopresis." He will likely need to look this up but trust me, this is real and should get you off the hook. At least until you follow through with your desire to hook up with the cleaning lady on the boss' desk.

Ease of execution: 7 (If you are constipated or just unsure of the timing, take a double dose of Ex Lax prior to leaving for work that morning)
Effectiveness: 7

The thought of spending time at Kinnick Stadium is like going to a rude proctologist. You are on their turf, the people are intolerable and will be attempting to violate you against your wishes. However, attending an Iowa State/Iowa game each year requires the every-other-year trip to this vile place. Like carrying garlic and holy water for your next vampire encounter, be prepared for the onslaught of Hawk fans as you dare to go to enemy territory. 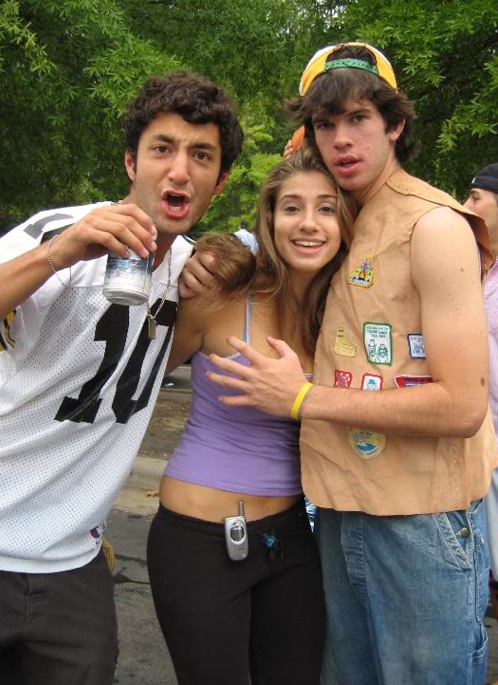 Perhaps the easiest of all situations to identify the offenders. They will likely be extremely intoxicated, speak at the third grade level and have smug looks on their faces that suggests they have suppressed their memories of childhood beatings and are compensating with overactive, mall cop aggression later in life. Much like going to the zoo, you get to see large numbers of these animals in their pseudo-natural state.

Swift kick to the jewels.

Pros: This will render the offender temporarily immobile and, depending on his level of intoxication, in a great deal of pain. Also, it provide the opportunity to test out your new shoes when escaping from the hoard of fellow d-bags attempting retaliation.

Cons: As you are at the scene when this strategy is implemented, immediate retribution will be attempted by the recipient of your best Tony Yelk impression to his groin, and possibly by his fellow Cro-Magnon buddies. Prepare to receive full beer cans and bottles thrown your way and perhaps a rugby scrum. However, unlike the usual rugby scrum where Hawks feel each other up and fantasize you are Chuck Long, they will be attempting to convert you into something resembling a pureed tomato.

Ease of execution: 6 (depending on state of intoxication)
Effectiveness: 8

Sure, you only go to Cyclone message boards. And you would think that most fans of their teams would do similarly and stick to their teams when accessing the interweb. Not so for these losers. Unless you only post about things in which Hawk fans have no interest, such as hygiene or manners, you will eventually run across these trolls in all their splendor. 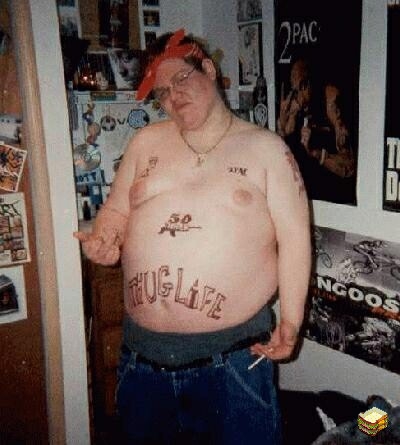 Sometimes the identification is easy. Usernames such as Hayden69, ZabelLove and NakedBulagaFantasy12 reveal Hawk d-bags readily. However, sometimes you must rely on actually reading their posts before making proper ID. Remarks about national championships in Iowa City, posts that defend Hawkeye football player felons as upstanding citizens and virtual orgasms over Ricky Stanzi should help confirm that EatMe88 is, indeed, a Hawk troll.

Pros: While giving someone a fatal disease may seem a bit harsh, it has much slower progression than the blunt head trauma they attempted to cause you with D batteries your last trip to Iowa City. Plus, as most of these trolls have not left their parents basement in the last 25+ years, their skin is ripe for attack.

Cons: Finding their location may be troublesome, so call your IT buddy to help with this process. Also, either removing the troll from their parents' domicile (bring a protective suit and gloves) or getting sunlight into the basement may be difficult. Also, this strategy may take years to actually work, so prepare contingency plans.