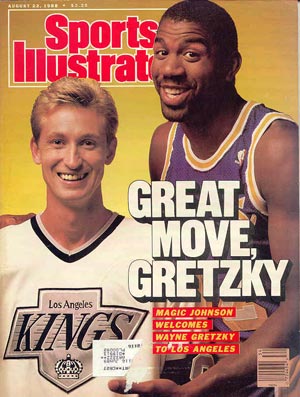 Welcome to 1988In the film Almost Famous, young William Miller sets out to cover the up and coming band Stillwater and their iconic guitarist, Russell Hammond. As an aspiring journalist, William makes the fatal mistake of befriending the band and in his attempt to capture their essence and life on the road, he fails miserably. It’s only when William distances himself from the band that he ultimately writes his masterpiece. Away from the band, he accomplishes what he set out to do all along. Inside of Stillwater, William can’t win.

The Iowa State basketball program mirrors William in this respect. Away from Stillwater the city, ISU has enjoyed considerably more success against Oklahoma State. In Stillwater, the Cyclones just can’t seem to win.

Not since March 3rd 1988 has an Iowa State basketball team won in Stillwater. Since then, 15 tries and 15 frustrating losses at the hands of Gallagher-Iba Arena and its legion of Orange. Wednesday night’s clash presents an excellent opportunity for that streak to come to a screeching halt, and tossed aside as an insignificant footnote in history, much like Kate Hudson’s career since Almost Famous. 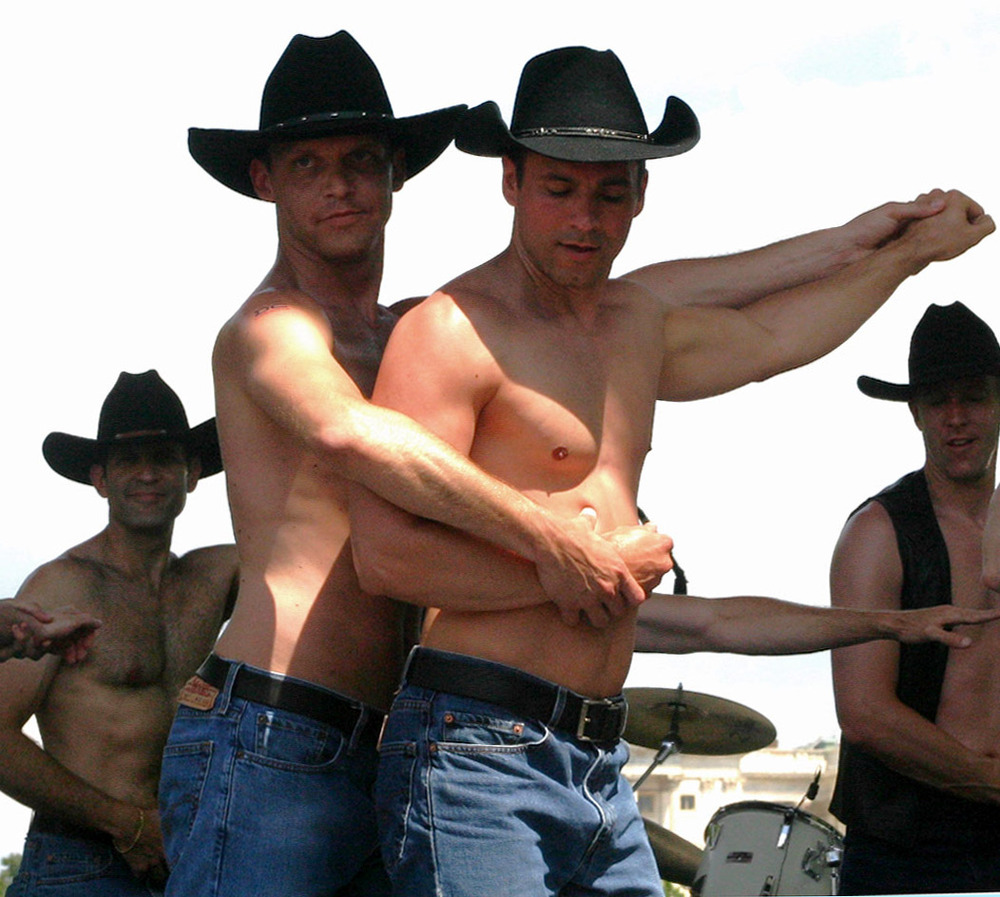 Cow Pokin'After opening the conference schedule with an impressive victory over Kansas State, the Cowboys have dropped back to back contests on the road to Texas A&M and Colorado. Returning home, you have to figure they’ll come out with some urgency to avoid falling to 1-3 in league play. Despite the consecutive losses, Oklahoma St. is solid. They don’t, however, have the star power they’ve had in year’s past. There’s no James Anderson. No Joey Graham or John Lucas. No Desmond Mason or Bryant "Big Country" Reeves. Instead, this year’s team is a blue collar group. Nobody personifies that attitude more than F Marshall Moses. After three years of mostly being a role player, the senior has elevated his play and is leading OSU in scoring (16.4) and rebounding (8.1). On the outside, the Pokes are led by junior G Keiton Page (13.9 ppg), who would give Ollie from Hoosiers a run for his money in the "there’s no effing way that guy plays basketball" category. As diminutive as Page is, he has the ability to light it up beyond the arc and made five of seven 3PT attempts in Saturday’s loss to Colorado.

Spotlight Player: Oklahoma State
Sophomore F J.P. Olukemi is a versatile player that can score in a variety of ways, and has notched double digits in seven of his last eight contests. Olukemi might be OSU’s third scoring option, but Iowa State can’t fall asleep on him. He’ll crash the offensive glass and find ways to score inside, but is also shooting 44% from outside.

Keys to Victory
-Contest OSU’s outside shots. The Cowboys are not a great shooting team and are only shooting 32.1% as a team from 3PT range. ISU has to get a hand in their faces and not let them get open looks.

-Limit second chance points. Can pretty much copy and paste this one every game, but between Moses, F Matt Pilgrim and F Darrell Williams, OSU will get after the offensive boards and look for easy put backs.

-Don’t battle history. Most of these Cyclones weren’t even alive the last time Iowa State won in Stillwater. ISU has to play with confidence and can’t let the crowd dictate how they play. 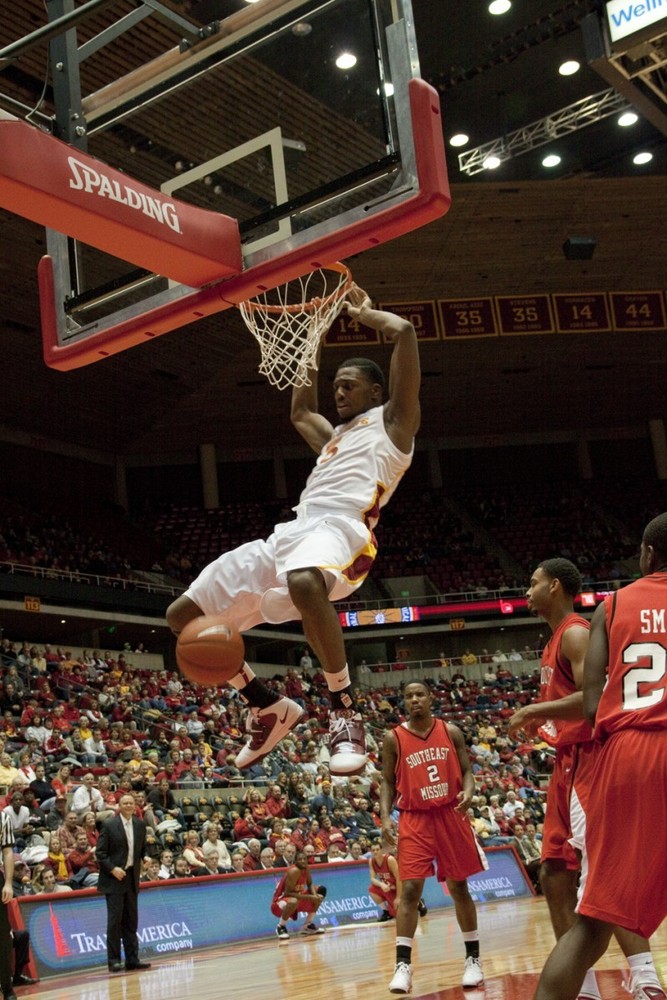 Freshman F Melvin Ejim has combined for ten points in his last two games. He’s continued to play solid defense and rebound well, but on the road, ISU needs Ejim’s athleticism to open up looks inside. Ejim has to continue to attack the basket and get to the line. There’s no better way to take a hostile crowd out of a game than to get to the line and knock down some charity shots. Ejim leads ISU in FT attempts and could give the Cyclones a huge boost if he can get one of OSU’s posts in foul trouble.

You Can’t Hide From Your Past
At WRNL, we can appreciate a booze hound coach (cue the Real Men of Genius music). That’s why we want to pay tribute to former Cowboys coach, Eddie Sutton. After a long, successful run at the helm of his alma mater, Sutton blew over the legal limit, and thus blew his chance at getting his 800th win with the Pokes. He later picked up his 800th win in a lame comeback with the University of San Francisco in one of the most shameful stat chasing exhibits since Bernie Mac made Mr. 3,000. Between Sutton and WRNL hero, Larry Eustachy, you have to wonder how close either was to pulling a "Shooter" and just coaching a game wasted (two Hoosiers references in one preview?).

Prediction
Let’s go back to 1988, when ISU last won in Stillwater. Rick Astley was "Rick-rolling" the entire world for the first time to the tune of the number four song on Billboard’s Top 100 chart. That’s right, "Never Gonna Give You Up" was the fourth most played song of the year. Clearly, it’s time for this streak to come to an end. ISU has a significant advantage in the backcourt, as Keiton Page and Ray Penn really don’t scare me. On the inside, ISU will need Calvin Godfrey to play with the intensity he showed against Baylor and of course, avoid foul trouble. OSU is just pesky enough to give better teams fits and is always a tough out at home. I don’t think OSU has the ability to pressure Iowa State into careless turnovers, though, and there are few teams in the country as confident as the Cyclones are from 3PT range right now. Oklahoma State reminds me a little of Virginia and ISU managed to put them away on the road. I see nothing different here.