Share All sharing options for: Freshman Ejim: Phenom or Phlop? 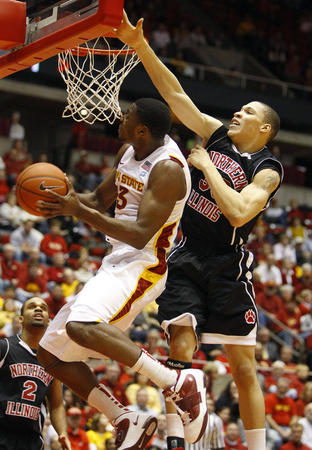 ME - The Next Famous Set Of Initials?The topic of popular conversation surrounding the ISU men's basketball team of late, has been the recent drop off in production by freshman F Melvin Ejim. It has been said that Ejim has hit the proverbial "freshman wall". Consider this recent exchange overheard at a gathering of WRNL staff to watch the crushing loss at Missouri.

Singleing out Ejim, however, may be a little unfair, especially given that Ejim is playing out of position against bigger opponents each night, and ISU is without a dominate low post presence. Ejim has put together one of the better freshman campaigns in recent ISU history and he has continued to play decent defense and rebound at a solid clip. In fact, when you take a snapshot of Ejim's total season numbers, they compare favorably to former freshman standouts, F Craig Brackins and F Wesley Johnson, both of whom are collecting paychecks from NBA franchises. 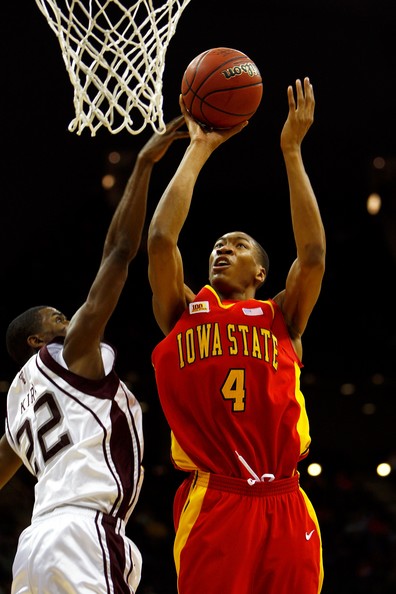 WJ Ejim's campaign to date with what Brackins and Johnson managed

The problem with that comparison is that Ejim would need to maintain those numbers for the comparison to hold true. Unfortunately, if he continues at his current rate, that won't be the case.

If there's an encouraging note to take from Brackins' and Johnson's freshman seasons, it's that each had a similar rough stretch and both were still able to finish with solid numbers overall. We all remember the 33 point effort Brackins had against Baylor and the 24 points he scored against Kansas State, but we forget that Brackins also had a three game stretch where he scored a total of 11 points on 5-27 shooting.

When I think of Johnson's freshman season, I think of all those double-doubles. Looking back, I found a three game stretch where Wes scored a total of 20 points, grabbed only 11 rebounds in that span and went 0-9 from downtown. 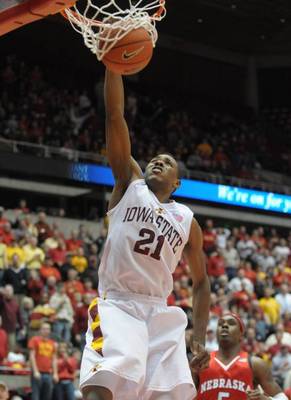 CBSo while each put together banner freshman seasons, they still took some lumps. Brackins and Johnson found ways to fight through those lulls, though, and turned in a couple games that we'll all remember. Ejim has the ability to do that too.

He currently leads the team in free throw attempts, and that's a stat that can't be overlooked. Ejim has to stay aggressive and continue to attack the basket. He's the one guy on this team that has the athletic ability to slash from the outside and power his way to rim. Players that get to the line often find a way to get back into their offensive rhythm, even if they've been struggling.

Ejim also can't let his offensive woes affect other areas of his game. He came to ISU with the reputation as a defensive stalwart. That's something he needs to continue to hang his hat on.

Young Melvin is too good of a player to not have a breakout game here or there. While he's struggling with the strength and speed of Big 12 play now, don't be surprised if he rips off a hot stretch and finishes this season on a high note.