Iowa State doesn’t feel or even look like a last place team (Missouri game excluded). The Cyclones have blown two excellent opportunities to come away with tough road wins against Nebraska and Oklahoma State and battled Kansas for 40 minutes before ultimately losing by five to the Jayhawks. Yet, with Kansas State’s win on Monday, ISU sits tied at the bottom of the conference with Wednesday’s opponent, Texas Tech. This is a game that the Cyclones have to win and should win. 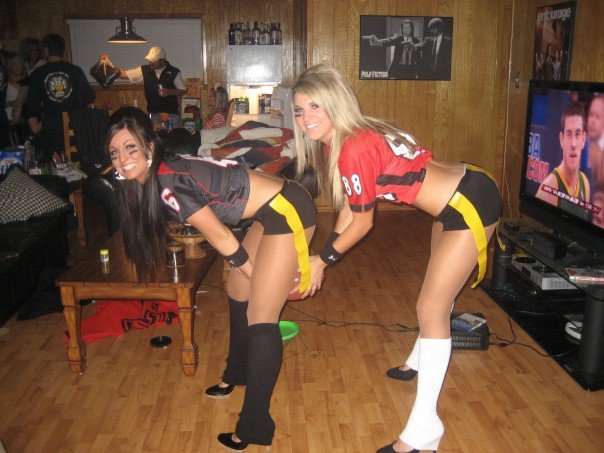 About Texas Tech
Statistically, the Red Raiders have been one of the worst major conference squads in the country. According to Ken Pomeroy (kenpom.com), Tech’s defensive efficiency is 211th in the country (ISU’s is 21st). On offense, their assist to turnover ratio is an even 1:1, which isn’t good. Plain and simple, Tech has not performed this year, which is puzzling because five of their top seven minutes guys are seniors.

Tech is led by coach Pat Knight, the son of legendary coach, Bob Knight. The younger Knight did manage to get his team through a decent run in the NIT last season, but boasts an overall losing record, and has shown nothing to make the Red Raider faithful believe he’s long for success in Lubbock. Clearly the apple has not only fallen far from the tree, but was probably kicked a few times and tossed once or twice as well, but what do you expect when Bob Knight is your father (child abuse humor always goes over well).

Impact Player: Texas Tech
The Red Raiders go as senior G John Roberson goes. Roberson leads the team in scoring (13 ppg) and is the top assist man as well (3.8 asst). Roberson has a fellow senior running mate in F Mike Singletary (12.8 ppg), but Singletary relies on Roberson to get looks and is not much of a threat as a shooter (just 3-29 on the year from 3PT range…that’s 10.3% homes). Roberson is a threat from outside (40.2% 3PT) and is quick enough to get into the lane and strong enough to finish at the rim. Limiting Roberson’s penetration will be key, as the Tech offense can get stagnant and break down when Roberson is not creating looks for his teammates.

Keys to Victory
-> Finish. It’s easy to play the what-if game and think about where the Cyclones could be had they been able to close out several opponents. ISU can’t be asking that question after Wednesday’s contest. ISU has to maintain a lead and play a full 40 minutes to seal the victory.

-> Attack on offense. As I pointed out earlier, Tech is not a good defensive team. They’ve yet to give up fewer than 71 points to a conference opponent. If this game is a shootout, I like the Cyclones big.

-> Bring back the balance. A recurring theme in each of the four conference losses has been the lack of scoring balance by the starting five. Ideally, the Cyclones need 4-5 guys in double figures to be in a position to win. 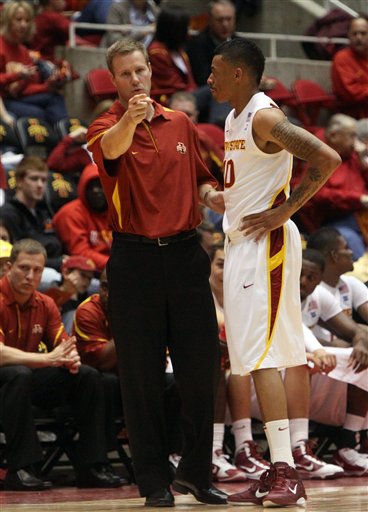 Impact Player: Iowa State
Just in case you haven’t been paying attention, Tech is suspect on the defensive end of the floor. The two-man game between G Diante Garrett and C Jamie Vanderbeken is going to give the Red Raiders fits. I’ve seen nothing from Tech that makes me believe they’re going to defend the pick-and-roll or the pick-and-pop effectively. Depending on how Tech defends this (either switch screens or hedge out), either JVB or DG will be the benefactor.

-> Freshman G Javarez Willis is the nephew of NBA legend, Karl Malone. WRNL was unable, however, to ascertain whether or not Willis is into "hunting for little Mexican girls" like his uncle.

Prediction
This is a game Iowa State should win. Tech has enough offensive fire power to make a game out of this, but the Red Raiders are 0-5 in true road games this season, and I don’t see the trend changing. Depth will not be as much of an issue as it was against Missouri, as Tech will only play 7-8 guys regularly. If the Cyclones can keep Singletary off the offensive glass and not let F Brad Reese and G David Tairu get hot from the perimeter, Tech doesn’t have the grit to stay in the game on the defensive end. I think we’ll see a high scoring affair with both teams getting out and running, but the Cyclones maintain a comfortable lead throughout the second half and put the game out of reach.