MBB Preview: Oklahomos (get it? its a gays joke)

Share All sharing options for: MBB Preview: Oklahomos (get it? its a gays joke) (Disclaimer: I’ve got to come clean and admit that I have been to concert of Oklahoma's favorite son Toby Keith. I was young and thought it would be a good time. Lesson learned. You can’t fully appreciate how much of a douche Toby is until you see him in person. He was dressed like a rhinestone jerkoff and spent the whole show trying to muster up some fake crying while talking about the 9/11 attacks. I imagine that when he does USO shows, the troops seriously contemplate whether it would be better to go back to the front lines and keep fighting, or listen to that asshole for two hours.)

I think enough has been said about the Texas Tech loss, so let’s go ahead and flush that turd and hope it doesn’t clog the pipes on the way down. Tonight, Iowa State welcomes in Oklahoma in a game that the Cyclones desperately need to win. The Sooners will present a stiff challenge, however, as they’re coming off consecutive wins against Texas Tech and Colorado.

About Oklahoma
Despite the improved play of late, the Sooners are still 0-5 in true road games this season and four of those losses have been by double digits. With heavy offseason losses and an alleged pay-for-play scandal involving former player Tiny Gallon (turns out this type of thing isn’t limited to their football program), this was understandably going to be a rebuilding year in Norman. After seeing time as mostly role players, G Cade Davis, F Andrew Fitzgerald and G Steven Pledger were the only returnees who saw significant minutes last season, but all three have elevated their play and are the top three scorers on this team. Fitzgerald especially, has blossomed as a sophomore. He averaged 15.4 minutes and 4.7 ppg as a freshman, but is now seeing over 30 minutes a game and leading the team in scoring with 14.1 points per contest. The Sooners are also getting nice contributions from freshman swingman Cameron Clark and improved PG play from Carl Blair, who transferred from New Orleans.

Impact Player: Oklahoma
Davis is the unquestioned leader of this team and a big threat from outside, but stopping Fitzgerald will be a major part of ISU’s plan. Fitzgerald is a true post player and rarely wanders outside of the lane. He’s yet to attempt a three this year and Oklahoma will try and run him off low screens to create post up opportunities. On most of their offensive sets, they look for Fitzgerald first or try and run plays through him where he’ll kick the ball back out to the shooters. Fitzgerald can be a huge liability though, as he has only 12 assists and 48 turnovers on the year. 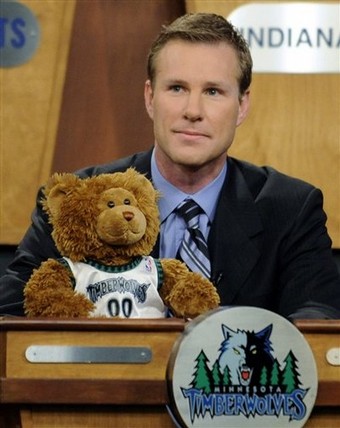 Fred And A Teddy, Cyclone Fan Fantasy #117Keys to Victory
-> Defensive effort. I imagine practice couldn’t have been too much fun after Wednesday night’s pathetic showing. I think we’ll see the intensity turned up a notch on that end of the floor tonight.

-> Efficient offense. Oklahoma is a decent defensive team and they will make their opponents work for their shots. The Cyclones have to keep the ball moving and not settle for outside jumpers early in the shot clock.

-> Finish the job. I’m going to keep saying it until this team does it. ISU has let too many games slip away late in the second half and they have to play a complete 40 minutes.

Impact Player: Iowa State
Jake Anderson has been playing some of his best basketball lately and has been a spark plug offensively when things have broken down. With G Scott Christopherson and C Jamie Vanderbeken in a mini shooting slump, Uncle Jake has to continue to be G Diante Garrett’s right-hand man. Anderson has that rare ability where he just finds new ways to score every game. If the outside shooting woes continue, ISU will need another big game from Anderson. 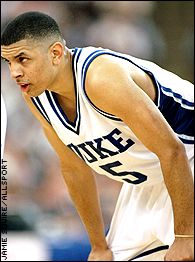 Handi-Capel-bleOther Notes
-> The Big 12 features three head coaches that were prominent players during the 1990s. Oklahoma State coach Travis Ford played at Missouri and Kentucky, Oklahoma head man Jeff Capel was a star at Duke and of course, The Mayor, Fred Hoiberg was and still is the golden boy for Iowa State. Of course, Hoiberg was the only one good enough to actually have an NBA career.

-> The Cyclones are 3-2 at home against Oklahoma in their last five contests. The last time they met in Hilton, freshman Willie Warren went off for 29 points and then a sophomore, Blake Griffin had 23 points and 15 boards. The Sooners won 78-68.

Prediction
Looking at Iowa State’s next 5-6 games, it’s real hard to find a win after tonight’s match. This is a pivotal game for the Cyclones and you’d hope they treat it as such. After Wednesday night’s meltdown, I have to imagine that this group will refocus and at least from an effort stand point, play one of their better games of the year. The Mayor hinted at changes after the Texas Tech game, so don’t be surprised if F Calvin Godfrey finds his way into the starting line up, or G Bubu Palo sees a few more minutes in the back court. It could be the optimist in me, but I think the Cyclones are going to come out pissed off and with the intent of making a statement. Don’t expect Oklahoma to roll over though. Capel always finds a way to get his teams to compete and the Sooners are playing confident basketball right now. I think Iowa State will get out to a comfortable lead, but the challenge will be fighting off OU’s resiliency and keeping their shooters at bay. There’s a lot of pride at stake for both teams, but the Sooners don’t have that edge on the road and the Cyclones know they have to win this game to keep post season play alive.