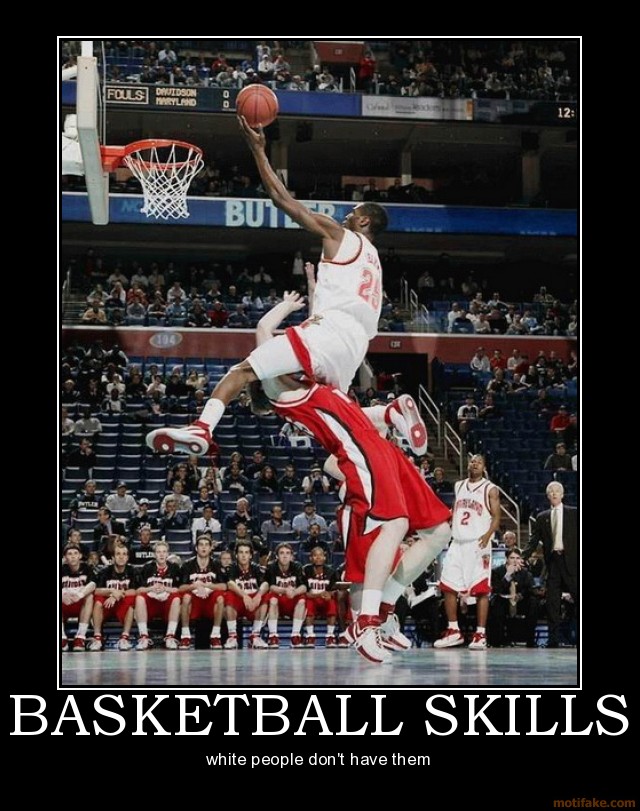 Sources close to the program have told WRNL that a number of ISU Men’s basketball players are currently suffering from a disease thought to be adversely affecting on court performance. The disease, which is yet to be named, appears to be characterized by extremely white skin, a tendency to wear pleated slacks, and an unexplained interest in Josh Groban. Most notably affected by this are junior guard Scott Christopherson and senior forward Jamie Vanderbeken. The side effects of this mysterious condition can also be recognized by its unmitigated effect on jumping ability, limited capacity for dancing outside the realm of country or the Macarana, and is said to encourage both good credit score and academic performance. The disease is not thought to be related to Rhabdomyolysis, which appears to be affecting other areas of the State of Iowa.

Now, many have been quick to point out the lack of depth, inexperience of both players and coaches, as well as strength (or lack there of) of non-conference scheduling as reasons attributing to the Cyclones woes thus far in Big XII play. However no explanation seems to make more sense for what has gone wrong over the past few weeks than the extreme whiteness and/or ginger likeness that appears to be plaguing some of the ISU starting line up.

If there is anything that is taken seriously here at WRNL, disease is certainly it. After combining for over 50+ physician check ups stemming from relations with women/men/in-betweens of questionable moral character and health, the WRNL writing staff has a unique knowledge regarding this kind of thing (although very limited for those issues not sexual in nature). We, as loyal fans and ISU supporters, have taken it upon ourselves to help solve the apparent skin pigment problems plaguing members of the Cyclone Men’s Basketball team. For starters, in order to build confidence in those individuals most affected by this, we compiled a list of things that are much whiter than them.

And the list could go on… So let’s not get too worried just yet, things could be much worse for Scotty and JVB.

Right now the direction that the team is heading in is certainly not good, after all losing to OU on your home court is the NCAA basketball equivalent of being stood up on a date by a handicapped girl. And with the unnamed disease appearing to be the culprit, WRNL is proposing preventative measures be taken in order to curb the tell tail signs of this ailment. After all the advice we give on this web site is good almost 50% of the time, nearly every time. So why should this be any different? Here are some before and after transformation shots of the two individuals most in need of some "changes"  that will provide them with the street cred that is a necessity of any stand out hoopster. 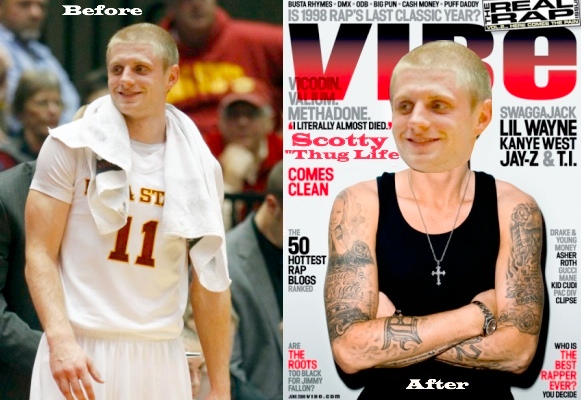 Nothing says "I'm a hustla baby" like being on the cover of Vibe magazine. WRNL believes that this is the drastic type measure that must be taken in order to ensure that the ever sun sensative Scott Christopherson can develop the persona needed to step his game up on the court. Throw in a few unecessary compression sleeves  and head/wrist bands, maybe some Maury-esque drama with "boo", and some twitter/Facebook updates that no one can comprehend, and Scotty will be well on his way toward becoming a premier basketball player and fending off the extreme whiteness that has been holding him back up until now. This is the transformation needed to earn Scotty street cred, the ability to jump higher, and potentially name a future child conceived out of wedlock something that starts with a consonant and immediately followed by an apostrophe. This would ultimately mean more wins for the team. 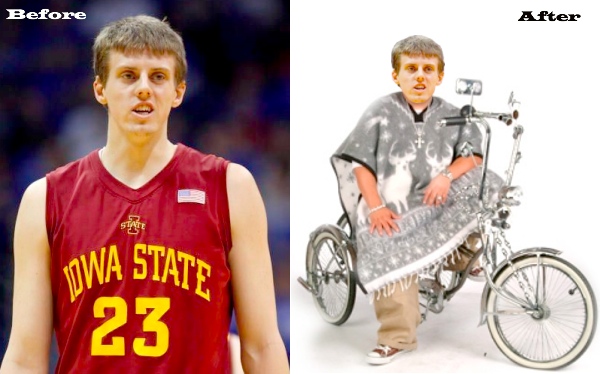 Hailing from Canada, JVB's apparent white issues are much more severe than Christopherson's, even despite his slightly darker pigment. Therefore more extravagant actions are required in shedding some of those pasty qualities. No one in their right mind questions the street cred of a dude on a lowrider bike in a cholo poncho. This is how JVB needs to enter the court prior to every game. Making a clear statement of "I don't have a problem with knifing you" will pay huge dividends in helping him portray the So-Cal gangsta that epitomizes hood respect. This, in turn, will leave him open in the paint as nobody wants to hard foul a guy packin' a shank.

WRNL is always willing to help, we just pray we caught this before it got too out of hand. Hopefully the necessary changes can be made and the "lighter" side of the starting five can be transformed from the two dudes from Dawson's Creek into Debo and Big Perm. FO SHIZZLE

Stay tuned for more details regarding this situation.