With an impressive 13-2 non conference clip in the rear view mirror, ISU will now turn its sights to Big 12 play. Up first are the sultans of the single-wide, Nebraska.

The Cyclones will travel to Lincoln in what will be the conference opener for both schools this Saturday at 7pm. 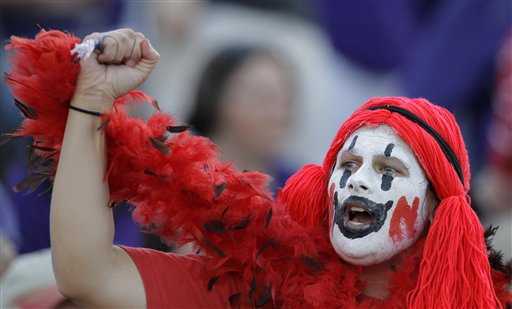 Nebraska has struggled when it comes to scoring points, but does boast one of the better defenses statistically in the country. In this respect, they are no different than their football team. Head honcho Doc Sadler will stress a controlled game plan focused on getting high percentage looks close to the basket and limiting transition buckets. This sounds good in theory, but then again, I can stress the importance of wearing a rubber when hooking up with chicks in Iowa City, but it doesn’t always happen, and sometimes you get burned…or periodic burning sensations at least.

The Huskers will use a deep, 10-man rotation (no, not Japanese bukakke style) and will show multiple looks depending on their personnel. They have excellent size on the front line with Jorge Brian Diaz, Andre "the [fat ass] giant" Almeida and Brandon Ubel. In the back court, Lance Jeter and Brandon Richardson will run the show and are very good at getting into the lane and creating havoc. Being completely honest here, this Huskers team really isn’t that bad. 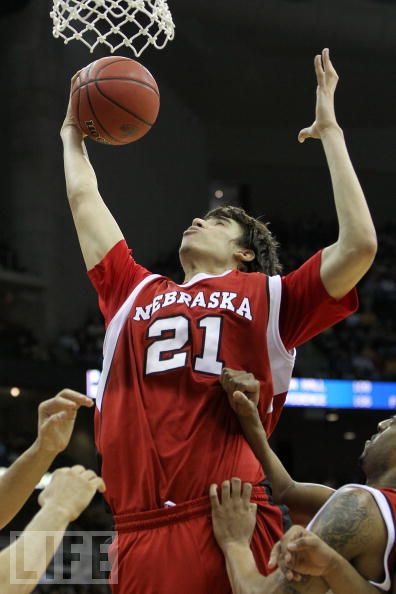 Big Goofy White guy 1Impact Player for Nebraska
Diaz and Jeter are by far the best this team has to offer. Diaz is active on the boards and is an efficient offensive player, converting 62% of his looks. Jeter is a do everything type guy and as a former football player at 6’3" 225lbs, he brings a level of toughness and physicality that few guards can match up with. Just check out Jeter’s season averages; 10.1 points, 3.9 assists, 3.6 rebounds and nearly two steals a game.

Diaz is not good outside of 12 feet, so expect ISU’s bigs to push him away from the basket and force him into becoming a jump shooter. As for Jeter, he’s the classic example of a guy that finds ways to get involved. If he’s not scoring, he setting up looks for teammates and crashing the boards. Expect the Cyclones to alternate DG’s length and Jake Anderson’s blue collar defense to cause different defensive looks for Jeter.

What ISU Needs to Do to Win
1. Control the Glass
Individually, Nebraska doesn’t have anyone that dominates the boards, but they do rebound well as a team. They won’t give up very many offensive rebounds, which means ISU is going to need to create good looks and execute.

2. Make Shots
Groundbreaking analysis and insight, right? When I watch this Nebraska team, the first thing that comes to mind is Northern Iowa with better size and better athletes. The Huskers want to slow the pace of the game, limit the number of shots their opponent gets up and control the glass. A cold shooting night is not going to bode well for the Cyclones. 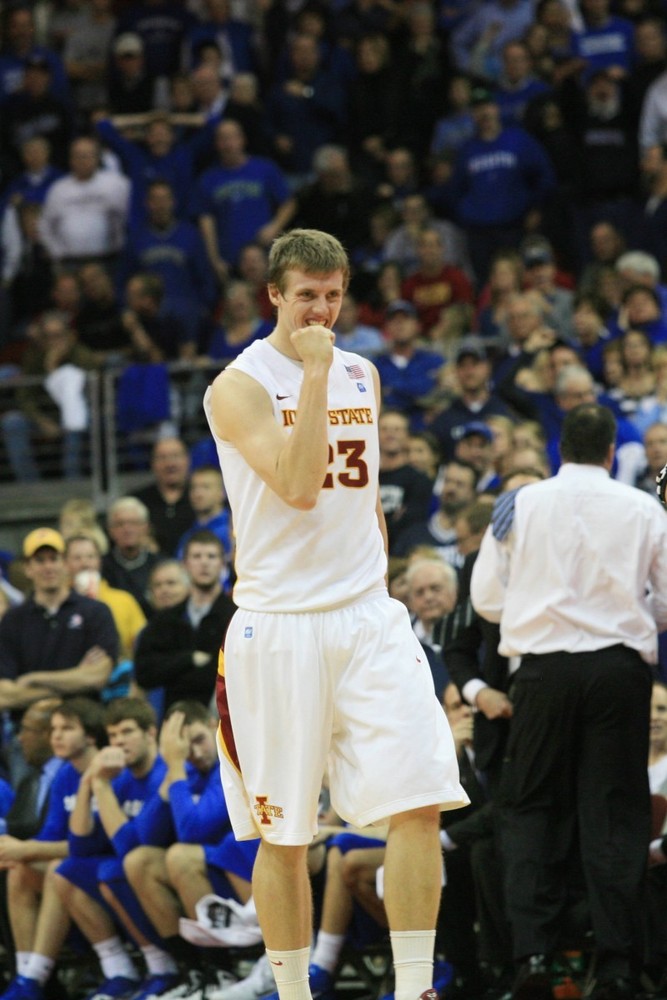 Big Goofy White Guy 2Impact Player for ISU
Depending on what Nebraska does defensively, I expect either DG or JVB to have a big game. The chemistry between these two on the pick and roll or pick and pop isn’t exactly Stockton and Malone, but both have done a very good job thus far taking advantage of what the defense is giving them. If they switch, DG is blowing by slower post guys and if not, JVB is making opponents pay from outside. Don’t be surprised to see some high low action as well when JVB gets the ball. If Nebraska doesn’t switch on screens, they’re going to be taking a shot blocker out of the paint, leaving post up opportunities for guys like Ejim and Anderson.

Stat That Makes Me Chuckle
In six NCAA tournament appearances, Nebraska has yet to win a game. Oh for six.

Prediction
Wash. Rinse. Repeat. The Cyclones, namely JVB, have to stay out of foul trouble and shoot well from outside. Nebraska has limited its opponents to less than 30% on the year from 3PT range. Much like Iowa State, Nebraska didn’t play a challenging non conference schedule, but did notch decent wins over Creighton and Southern California. There’s not much of a wow factor that you’ll get watching the Huskers, but they are efficient and disciplined. That being said, coming up with a victory on the road is not a foreign concept to this ISU team. They’ve already scored wins at iowa and at Virginia, and the Devaney Center isn’t exactly known for its intimidating environments.

I’m expecting a lower scoring game in the 60s and either team will have to out scrap the other to win. I like the Cyclone’s offensive firepower and with Scott Christopherson back in the line up, I’m taking ISU 67-61.