Need an excuse to take in all 35 Bowl Games over the next few weeks? Want to win your choice of WRNL T-Shirts? Why not sign up for the WRNL Bowl Pick 'Em Contest? The winner gets a free T-shirt of their choice from the WRNL store, and you get the satisfaction of knowing there's something on the line when Wyoming takes on Temple this Saturday.

(When you sign up, please name your pick set in such a manner that we can figure out who is who. Your WRNL screenname works pretty well, for example.)

For those who haven't ever done one of these contests before, the premise is simple. Pick the team that you believe will win each of the 35 bowl games, and then rank the teams in the order of confidence that you have in each pick. Each correct answer gets you points corresponding to the amount of confidence placed in the pick.

If you need some information about each bowl game with which to make your pick, you could do a lot worse than this article where he ranks the bowl games from top to bottom and gives the Cyclones some love:

29. New Era Pinstripe Bowl: Rutgers vs. Iowa State. Those aren't empty seats: they're Rutgers fans, who are by nature invisible once they enter New York City. But they're there, so nevermind if you think Iowa State running roughshod over the Scarlet Knights without witnesses. You'll be there, and I'll be there, and so will the silent legions of television-watching invisible people.

YOUR STUPID NON-COLLEGE-FOOTBALL-WATCHING RELATIVE SAYS: "I have no idea why Rutgers isn't huge in New York, man. These Skechers shape-ups are really working my abs, by the way."

Sometimes, less is more though. Sometimes, you just don't want to write that much. 17 syllables is enough.

Here's everything you don't need to know about the bowl games. In Haiku form.

A sad punter tweets
"Who the fuck wants to play there?"
Should have won the MAC

They have a bowl game?
At least it's in Florida
Try the Cheese Poppers

Keep Cougs from Sugar?
Have a trip to paradise
Michigan Says "Thanks"

Enjoy this one, Mizzou
Where will you find your six wins
In the SEC? 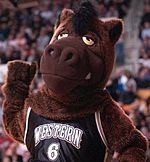 "Dude, That Horse is High."
And check out Purdue Pete's chin
Looks like Gene Chizik

These two teams are the
Football Equivalent of
Affordable Slacks

Rockets score at will
Air Force still runs the option
ALL OF THE TOUCHDOWNS!

Can we wrap this up?
Dan Mullen has tickets to
The Grand Ole Opry

The Stoops Bowl is On
No Fan Base is Happy Here
ALL OF THE PUNTING!

Goodbye, A&M.
You were one weird fucking school.
Mason Jars and all.

"Don't Look, Marian!"
"Whatever You Do, Don't Look!"
Craig James' Face Melts Off 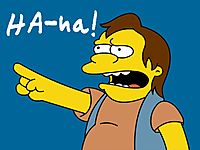 What are the Chances
They Just Talk About the Game?
'Sources Point to No'

These Commercials Need
Bo Pelini with an Axe
"What's in Your Wallet?"

Juxtaposition:
Coach Who Had a Heart Attack;
Bloomin' Onion Ads

In a Just World, this
Would be a Semi-Final
Fuck the BCS

No Search Results Found
Did You Mean "DVDA"?
Google is Awesome

The Re-Match is On
Honey Badger Takes What it
Wants: Crystal Football