Share All sharing options for: BOWL MOVEMENT 2011: Five to Watch; Five to Ignore 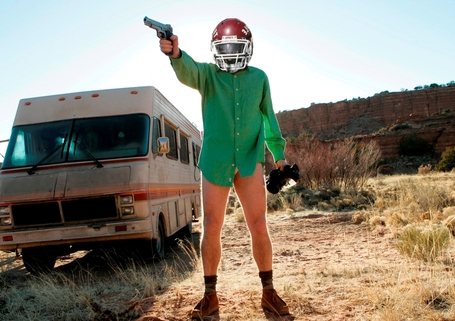 With the ever-expanding glut of bowl games each year, dedicated college football fans face a cornucopia of options each holiday season. But like the smorgasbord laid out on the table, there are almost too many options available to you, the viewer. In order to save you from stuffing yourself and going into a gridiron-coma, WRNL presents five bowl games you can't miss this year, and five that you can skip to help your Aunt go shopping for sweaters for her cats or something. I don't know, it's your time; use it however you want.

Obviously, the Pinstripe Bowl is the first concern for Iowa State fans, and the most important upcoming game. That said, WRNL will be previewing the game in depth in the upcoming weeks. Let's take a look at some of the other bowls on the schedule, shall we?

Pedigree: This game features one team that won their first conference championship in 25 years and one team that should have won their first conference championship in 12 years. Both teams have an argument to be playing for the National Championship, and will likely come in extremely pissed-off that they aren't playing for said championship. Stanford has a top-25 defense and Andrew Luck willing everyone on the offense to play like they don't go to Stanford, and Oklahoma State brings their serviceable-enough def... their offense. Oklahoma State brings their offense.

Reason to Watch: The epic culture clash between fanbases. Watch the scrawny tech geeks from Stanford tailgate next to the car they built for the American Solar Challenge, then watch their tailgate get crushed by the Ford F350 driven by two Cowboys up from "the city," AKA Enid, Oklahoma.

Pedigree: AKA the sixth BCS bowl, the Cotton Bowl features BCS rejects Kansas State and Arkansas. These two teams are almost complete opposites of one another, with Arkansas carpet-bombing the opposing team's secondary with an aerial assault while giving up huge chunks of rushing yards with their defense. Meanwhile, Kansas State features a stingy run defense and runs on nearly every down while on offense, passing only when absolutely necessary (if Colin Klein was your quarterback, you'd do the same thing). Look for Kansas State to have 300 rushing yards, Arkansas to have 400 passing yards, and KSU to be outgained in every statistical category but still win by a touchdown.

Reason to Watch: Maybe THIS will be the game that an errant pass from Colin Klein accidentally kills Bill Snyder. You don't want to miss the death of a legend.

Pedigree: Both teams had their best season in years in 2011, and were aptly rewarded for it with a berth in the Alamo bowl. Baylor is still dumbstruck after Robert Griffin III gave them their first Heisman winner in history, while Washington continues their climb back to relevance under offensive guru Steve Sarkisian. Turn this game on and feel the love emanating from the screen.

Reason to Watch: Robert Griffin III. Keith Price. Two pass-first quarterbacks that also happen to be ridiculously fast. Two teams that don't play defense. This is every NCAA Football game you've ever played on the XBox come to life. 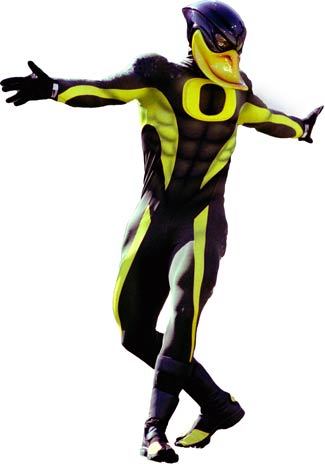 Pedigree: The oldest, most senile of all bowl game, the Rose Bowl still insists on pitting a Big 10 team against a Pac 12 team, for tradition or something. Oregon brings their offense based on moving the ball as quickly as possible, seemingly playing each down as an excuse to get to the next down. Wisconsin used to be the prototypical running Big 10 team, but decided to add a new wrinkle this year with the addition of Russell Wilson, a mobile quarterback who can throw the ball more than ten yards. We'll see if this new-fangled "forward pass" catches on for Wisconsin.

Reason to Watch: Oregon's offense can't be stopped! Until it is, every season, by a defense that isn't out of position on every play. That said, Oregon and Wisconsin approach the game from completely opposite angles, which is always fun to see. Plus, their fanbases are some of the rowdiest in the nation, so the stadium might devolve into soccer-style hooliganism midway through the third-quarter.

Pedigree: The Big XII's newest member is trying to enter their new conference on a high note by knocking off the surprising Clemson Tigers. How surprising is Clemson's run to a BCS bowl this year? When Clemson pulled their usual mid-November collapse this year, they turned around and pulled a DOUBLE Clemson by thrashing Virginia Tech in the ACC title game. Theoretically, both Clemson and West Virginia have high powered offenses, but you wouldn't really know it by watching them play.

Reason to Watch: This game has two of the better offensive minds in the game, with Dabo Sweeney facing off against Dana Holgerson. Watch Dabo roam the sideline yelling colorful bon mots at his wide receivers while Dana Holgerson slams Red Bull after Red Bull and his hairline tries to escape his forehead.

Reason to Watch: What, you're too good for this game? Look at Mr. Big Shot over here, too busy to watch the New Mexico Bowl. It's the first bowl game of the year! And Temple and Wyoming aren't in a bowl every year, you know. You should support them. It's not like you're going to be doing anything else tomorrow afternoon. Besides, Walter White and Jesse Pinkman might show up and get both teams high as shit on that special blue meth, sparking an offensive bloodbath. (see photo above)

Pedigree: The Sugar Bowl (AKA the bastard bowl) features two teams who snuck into a BCS game on the strength of their reputation and fanbase. Their appearance in this game kept far more deserving teams out of a BCS bowl. This is the reason people hate you, BCS. A two-loss Big 10 team that didn't win their conference versus a two-loss Virginia Tech team that didn't win their conference. Wheee.

Reason to Ignore: Spite. Don't watch this game out of spite.

Pedigree: Both teams just fired their head coaches and hired fairly uninspiring replacements. Both teams went 6-6 during the regular season and looked absolutely lost doing so. At least the game is played in AT&T park in San Francisco, so the setting will be nice. 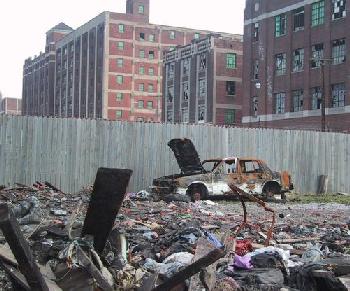 Pedigree: Played in Detroit since 1997, this matchup features a 7-5 MAC team and a 6-6 Big 10 team. Depressed yet? Purdue is thoroughly mediocre on both sides of the ball, while Western Michigan chooses to focus solely on their passing game, neglecting other aspects of football such as the running game and defense.

Reason to Ignore: Jesus, this bowl couldn't have picked two teams more emblematic of the Rust Belt's decline than the Boilermakers and the Broncos. The boilermaker is a drink consumed by guys working the night shift fabricating the steel parts that gave them their name (or at least they did before the plant closed down), and the bronco is the name of the shitty Ford truck that OJ Simpson used to escape justice. Watch Roger & Me instead of this game and weep for America's lost manufacturing base.

Pedigree: Two fallen superpowers slugging it out to determine who can return to relevance more quickly. No matter the result, both teams will be listed as dark horses for the national championship next year.

Reason to Ignore: Wait, this isn't 1996, is it? We didn't slip into a wormhole and fall 15 years into the past, did we? Since there's no Dishwalla on the radio and JNCO jeans aren't inexplicably popular, it probably isn't 1996. In that case, you shouldn't be paying attention to these two teams.

Pedigree: There aren't two more boring teams in the nation than South Carolina and Nebraska. It's always shocking to see South Carolina ranked in the polls, while Nebraska has been mediocre so long people have almost forgotten the Tom Osborne years (just don't tell their fans that). With the loss of Marcus Lattimore, Steve Spurrier will put the ball in Connor Shaw's hands, which is probably a bad idea. Meanwhile, Taylor Martinez brings his patented Dontrelle Willis throwing motion to this game, where he will try to hurl the ball at a wide open receiver and end up chucking the ball into the stands.

Reason to Ignore: If you love interceptions and punts, this is the game for you. Neither team will cross the 50-yard line before half-time. This will anger Bo Pelini, forcing him to display his dominance to the other males in his tribe by puffing out his chest, screeching and throwing his feces.

So there you go. Read this guide, take its lessons to heart, and enter the bowl season fully prepared for what lies ahead.