Share All sharing options for: Iowa State - Texas A&M Preview... But Not Really. 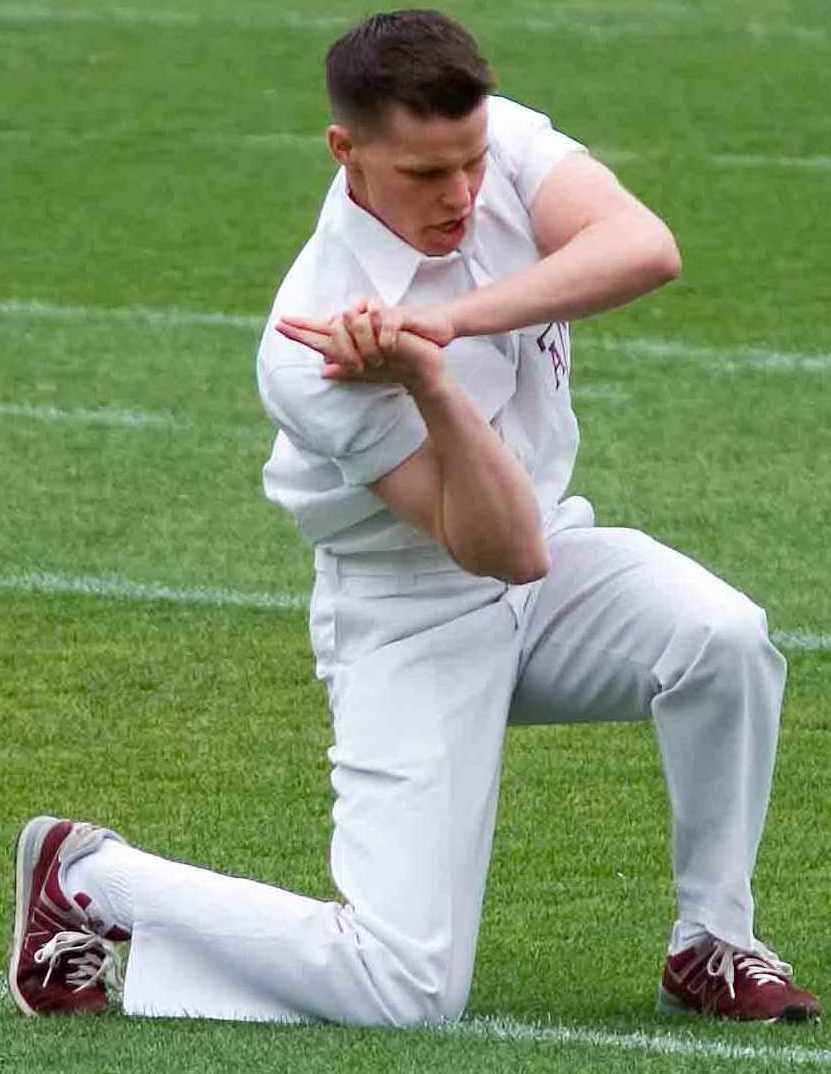 Aggie Yell Leader - Totally Hetero.From time to time, we at WRNL pay homage to the time-honored traditions of our sporting rivals and opponents our beloved Cyclones face. Whether it be Rock-Chalk-Jayhawk or Boomer Sooner, the Big 12 conference does not lack for storied history and great fan support. This piece, however, is not some gushing tribute to a unique tradition of an opposing fan base. In fact, it’s the opposite.

As far as I’m concerned, in a country brimming over with douchebags, few match the wretched jizzwads that are the Fighting Texas Aggie Yell Leaders of Texas A&M. Just check these ‘bros out. Chosen by the student body, these five chodes lead the student body in "yells" at athletic and other scattered school events. Don’t call them cheerleaders, though. According to their web site, "…unlike cheerleaders, the Yell Leaders do not perform gymnastic feats. Instead they use a variety of hand signals, called ‘pass backs’, to direct and intensify the crowd".

That’s like saying, unlike hippies, Colorado fans do not abstain from bathing regularly. Instead, they use Axe body spray, and call it a "Boulder shower" to mask the fact that they smell like shit.

In case you’re not familiar with the Yell Leaders, check this precious prick out.

There’s three things we can all take away from that clip.

1. Those guys definitely wear tighty whities.
2. They rooted for Nedermeyer in Animal House
3. They tickle each other in the shower

I mean, these guys have got to be kidding, right? I feel like if any of these guys served time in the military, Col. Jessup would be on the stand explaining why a "code red" was ordered against them.

You may be saying that I’m being too harsh and unfair. Surely there are worse things in the Big 12. What about Willie the Wildcat at K-State you ask? If Corky from Life Goes On could design his own Halloween costume, it’d probably look like their mascot. Granted, but these jerkoffs from A&M repulse me.

Now I’m sure the folks in College Station aren’t going to like this, but rest assured, it’s nothing personal. I dig the 12th Man (that’s what she said?) and Reed Arena has really turned into a great basketball environment. That being said, while the rest of school gets a "thumbs up" from me, the tradition of the Yell Leaders earns an emphatic thumbs down.