The Iowa State Men's Basketball team is now on a roll, winning its last two, and blasting noted Big 12 traitors Nebraska and Colorado right off the NCAA Tournament bubble. The Cyclones prevailed against Colorado at Hilton, 95-90 in Wednesday night's contest. 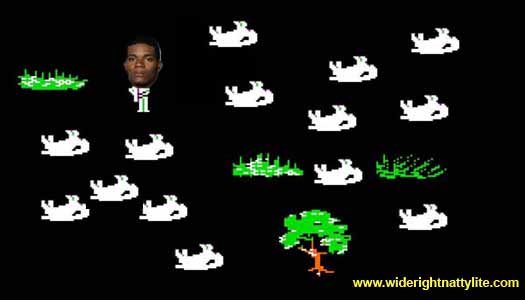 Noted gamer Calvin Godfrey brushed off his Oregon Trail skills as he went hunting for Buffalo all night long. The courtside official stated that "while Godfrey scored over 900 points on Colorado, he was only able to carry 23 of them back to the wagon." These 23 points helped Iowa State recover from the previous bout of dysentery picked up in Boulder. When asked about his performance, Godfrey noted: "Everyone knows you gotta go for the buffalo... sure, you can only carry about 10% of it back to your wagon, but it's just the manly thing to do. Get your weak ass bunnies outta here."

In the post game press conference, Colorado senior Cory Higgins said he was "emotionally scarred" by Godfrey's performance massacre. When asked what happened on the floor during the course of the game, Higgins said he, "didn't want to talk about it" and broke down in tears while being consoled by Buffs coach Tad Boyle.