A Timeline of Originality

Share All sharing options for: A Timeline of Originality

We at WRNL have become recently aware that an iowa hawkeye football player is now endorsing the use of the name "Farmageddon" for the upcoming annual tilt between the hawkeyes and the Nebraska Cornhuskers. Now of course, as we all know, Farmageddon is already in use by Iowa State and Kansas State, which the U of I press acknowledges in that article. 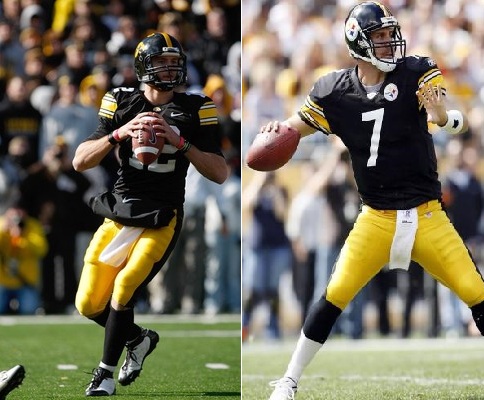 After some investigation (which may have involved digging up the corpse of Robert Stack) we stumbled on to the shocking fact that this is not the first time iowa has benefited from the creative ideas of others. Ladies and gentlemen, we give you a timeline in iowa's originality.

1979: New coach Hayden Fry looks for a way to make his small town players look intimidating to teams such as Michigan and Ohio State. Fresh out of ideas, Fry decides to sneak into Pittsburgh and steal the Steelers' uniforms for his team's use.

1981: Using the four teeth they still have remaining, iowa fans realize that the state only has four letters in it. While searching for similarly named states they stumble across "Ohio", whose state university conveniently spells out their state name as O-H-I-O multiple times a game. iowa fans realize this is not only a good way to remember where they are, but a good way to teach their kids to spell.

1986: With the American farm crisis in full swing and donor support dwindling, Coach Hayden Fry decides to appeal to the farmers who cannot afford to keep their homes or land by wearing stickers with the letters "ANF" for "America Needs Farmers".

Tailback Ronnie Harmon, confused by Iowa's support for farmers despite doing nothing for the local industry, thinks the stickers mean "Another Needless Fumble" and proceeds to fumble the ball four times on the way to a 45-28 defeat at the hands of UCLA.

2004: Intimidated by the Gator Chomp, Iowa fans see the need to make foes feel similar while in Kinnick Stadium. The same chomp debuts the next year but retitled as the Pacman Chomp. Unfortunately the similarities between Pacman and the Hawkeye logo end at gold on a black background. To further complicate matters players believed the Chomp was named after Adam "Pacman" Jones and an ongoing crime spree broke out.

2011: Citing Nebraska's move to the Big Ten, Iowa fans begin to clamor for the name "Farmageddon" as the name of the annual game between the two schools. Curiously, the closest either school has come to helping the agricultural industry in recent memory is the investigation of sheep/human breeding with field experiments outside of Council Bluffs.

2011: Then there is this abortion, which needs no explanation.

On a more serious note, if you wish for Farmageddon to be formally recognized as the rivalry between Iowa State and Kansas State please e-mail the Iowa State Athletics Department.