Welcome to Round of WRNL's Awesome Draft of the World. If you've missed rounds 1 and 2, follow the link to get caught back up: http://www.widerightnattylite.com/articles/off-topic/wrnl-awesome-draft-round-2-the-qbs.html

Due to our worsening cocaine and Asian massage habits, we've been slacking on this but, here you are fearless readers. Don't worry, we're planning on entering rehab before football season starts! Hopefully LyLo is in there with us. I digress...

Round 3 - Pick 1: Steve Sanders - Mexican Drug Cartels (WR)
These guys as a corps are SICK. They've got everyone gunning for them and they keep delivering the goods. FBI, Mexican Federales, other Drug Cartels...no one can stop them, so how the hell is a defense going to? And these guy trash talk like nothing I've seen before. Think twice before laying a cheap shot over the middle on these guys.

Round 3 - Pick 2: Norman Underwood - Benny "The Jet" Rodriguez (WR)
Just look at the measurables/on-field results. He jumped over Old Man Murdoch's fence AND he pickled The Beast. Dude also stole home. That's the kind of speed Team Underwood needs to stretch the field. 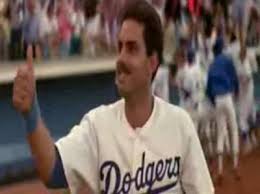 Round 3 - Pick 3: clonesjer - Taylor Hanson (WR)
I'll also take a late round flyer on Taylor Hanson of Mmm Bop fame - I feel all the years of being made fun of has stoked an inner rage that will be unleashed on his opponents.

Round 3 - Pick 4: canazn - Lorena Bobbit (WR)
If you see her streaking down the field, scissors in hand, I'm guessing you aren't trying too hard to bring her down. 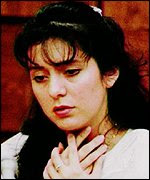 Round 3 - Pick 5: Intoxcycated - Usain Bolt (WR)
If Randy Moss can make a career of running past people and catching a ball, Bolt is the kind of deep threat that can get Al Davis hard without Viagra. Going to have to work on that premature celebration, though.

Round 3 - Pick 6: Cykosis - Monica Lewinsky (WR)
She may be old news, and even old in general but she's got a knack for catching balls.

Round 3 - Pick 7: Cyph - Stretch Armstrong (WR)
The fade is the worst play in football, unless you have a WR that can stretch farther than the Octomoms meat curtains.

Round 3 - Pick 8: LeCrazy - Janet Reno (WR)
This freakishly tall bull dyke can snatch balls out of the air like Spiderman. And just like when the NHL playoffs commence and players do not shave thier beards, Janet refuses to wax he upper lip which distracts any CB.

Round 3 - Pick 9: Cycloin - Ralph Nader (WR)
Gotta go with a playmaker here. Someone who doesn't care what people say about them. Someone that will go always hard, regardless if we throw to the other side of the field. Someone who would be happy just to get a kiss from a girl, let alone fuck a bunch of jersey chasers. Someone looking to make a difference in a big game. Someone with their eyes on the prize. I present to you: Ralph Nader.

Check back for Round 4 later this week!