WRNL Awesome Draft: Round 2 - The QB's

Share All sharing options for: WRNL Awesome Draft: Round 2 - The QB's

The WRNL Awesome Draft of the World Round 2. If you haven't read Round 1, brush up on the rules here.

Due to NFL lockout restrictions we were forced to take a nice 5 day sabatical full of cheap booze, hookers, and the homeless. To be honest, it was technically supposed to be a 4 day sabatical but we were far to messed up to attend the 2nd round of the Awesome Draft. Once we were able to locate all of our party from various spots around the great state of Iowa, we re-conviened.

Here's how round 2 went down.


Round 2 - Pick 1: Norman Underwood - John Rambo (QB)
When you look at Rambo's complete package, he brings everything you could possibly ask for in a QB to the table. Leadership? He lead an insurgency into Communist Vietnam. Next question. Accuracy/Arm Stength? The dude dropped a fucking helicopter with a rock. If you can rifle a stone into the cockpit of a helicopter 100 feet above you, and knock the pilot out, I think you can throw a 10 yard out. Escapability in the pocket? The man singlehandedly eluded and massacred the entire Oregon National Guard. Eat your heart out Mike Vick. Toughness? He was engulfed in a pool full of human shit as a form of torture for Christ's sake.

Round 2 – Pick 2: Steve Sanders - Han Solo (QB)
Cool under pressure? Check. Hangs with big wookies that double for O-linemen? Check. Makes Jedi's feel like little bitches? Check. Only question is how much ass is this guy going to pull, will there be enough to go around?

Round 2 – Pick 3: Cyph - Reanimated Corpse of Colonel Paul Tibbets (QB)
Much like his time piloting the Enola Gay, he's got the swagger under pressure to drop bombs into heavy coverage.

Round 2 – Pick 5: Cykosis - Moamar Gadhafi (QB)
If he dodges blitzes like he dodges missile strikes he's my man under center. 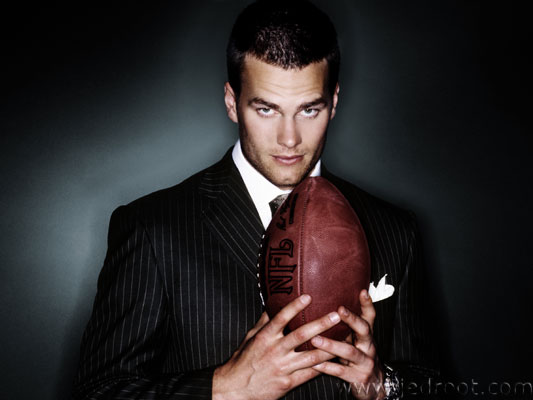 Round 2 – Pick 6: CycLoin - Abraham Lincoln (QB)
Now that the NFL has done everything possible to curtail headshots, there's no stopping this Springfield Slinger. Should have a long career (finally).

Round 2 – Pick 8: Intoxycated - Modified Howitzer (QB)
Fuck touch. My receivers are Chuck Norris and Usain Bolt. Short passes go to Norris. You think he can't catch a football shot from a Howitzer? Fire up in the air and Bolt will run under it. Good luck getting an interception, bitches.

Round 2 - Pick 10: KnowDan -Peyton Manning (QB)
Building off Jer's stealing of Tom Brady, I elect to take Peyton Manning (QB) with my 2nd pick. Manning, like Brady, has made stars of lesser talented white receivers. Unlike Brady, Manning has been able to do it with a Mormon. His rocket laser arm more than makes up for his inability to impregnate anything, including women out of his league.


Oddly, nobody picked any sexy ladies as their QB this round so the pictures associated with these picks aren't nearly as entertaining. The teams are starting to form, as the backfield is now set. Look for the 3rd round when we draft the wide receiver position.

Round 1: The Runningbacks
Round 2: The Quarterbacks
Round 3: The Wide Recievers
Round 4: The O-Line
Round 5: The Defense
Round 6: Flex Position
Round 7: Coaches