WRNL was able to intercept this conversation between Big 10 newcomer Nebraska and their new bestie Iowa that established the recently announced "Heros Game" between the two. 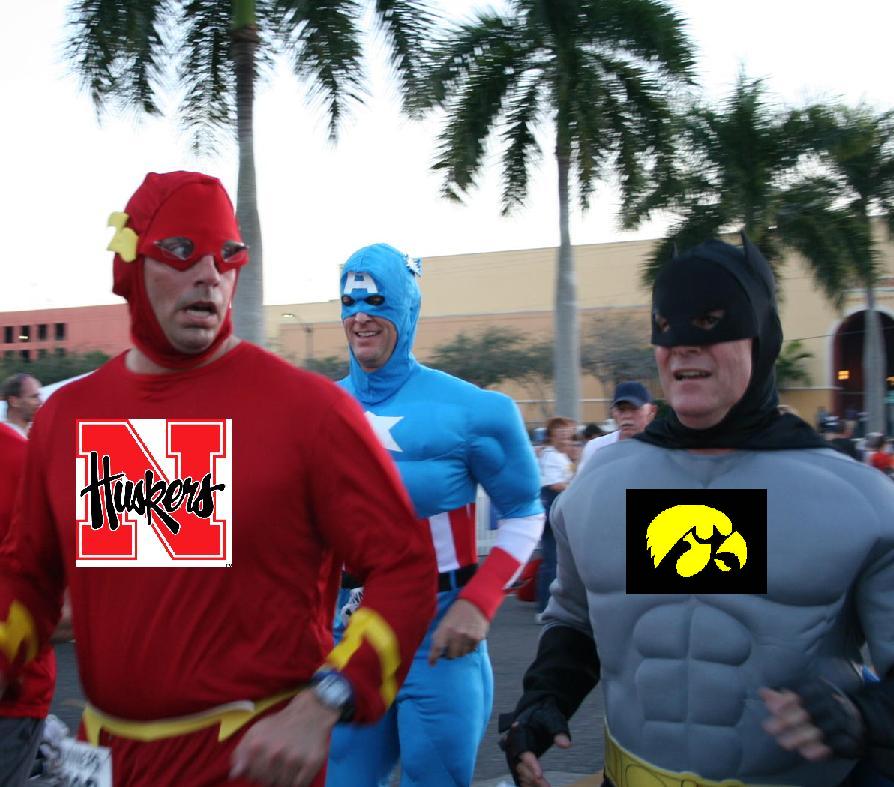 Iowa: Hello Legend
Nebraska: Hello to you, fellow Legend
Iowa: That's so awesome.
Nebraska: I know. Drink it in.

Iowa: I'm not sure if you've heard, but I've won several co-conference championships lately. Its the Big 10, so that's roughly equivalent to 3 National Championships. Just thought I'd throw that out there.
Nebraska: You're so awesome, hey - do you know this "Ohio State" guy? What's he into?

Iowa: Vandenburg? ever heard of him? He's gonna be good - Heisman good.
Nebraska: Yeah, sounds neat - do you know where Wisconsin or Michigan hangs out? Are they into Mexican food? I could have T-Magic whip 'em up something muy bueno.

Iowa: Uh, I don’t know – that seems like a weird thing to bring up. whatever, I got one word for you.
Nebraska: What’s that?
Iowa: Legend.
Nebraska: Legend.
Iowa: god damn, that makes my pee-pee tingle just hearing you say that!
Nebraska: Legend
Iowa: hehe, you minx.
Nebraska: You know what? You're also a hero.
Iowa: A what?
Nebraska: A hero.

Iowa: OMG! We should call the game that! The Heros Game! You and me, you and me forever !!!

Big 10 [voice appears from the clouds]: And so it shall be, a trophy will be constructed, the greatest trophy ever made - and it will be named the Heroes Trophy, because that’s what you two teams represent – Heroes. American Heroes. God bless the both of you and the game between you, it will be the greatest game ever played. Every year.

Nebraska: What should we call the conference championship game? Big 10, you want to hang on while I conference in Badge and Buck? that's what I call 'em now, Buck and Badge, cause we're down. They recognize.

Nebraska: Hang up please ... you Legend you.
Iowa: and a Hero! Hero-Legend ... a Hegend! or or a Lero! The Super Awesome Best Pals Hegend Lero game!!! I fucking love this!!!
Nebraska: You’re doing great kid … er, fellow Legend.