Share All sharing options for: 10 Reasons Why The Big XII Ain’t Goin’ Nowhere

All the pundits want you to know is what's wrong with the Big XII and how it doesn't stand a snowball's chance in hell of holding together. Well, those guys can frig off! There are plenty of reasons out there that show why the Big XII is here to stay. Here's the first ten that come to mind.

1. Tradition? Fack tradition. The Big XII might be relatively young and is currently more fragile than Bill Snyder’s prostate, but what it lacks in history it clearly makes up for with hot cheerleaders and mascots that look like they're harboring children in a windowless panel van (we’re looking at you Pistol Pete). 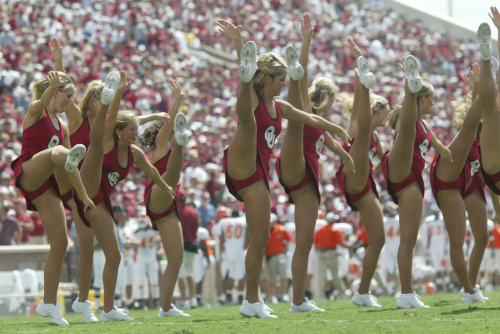 2. Where else is splooging in a bell on the field of play perfectly acceptable behavior? We know everyone has seen this before, but if you can't say that it makes you giggle every time you see it, well then you're probably just a Tech fan anyway.

3. No more Husker fans! "We're back!" "Mexi-Jesus is gonna win the Heisman" "The Pelini brothers only kiss on the mouth occasionally, that's not gay"... Can't say that we're going to miss that. The throbbing rectum that is Nebraska fan is now too busy lecturing the Big Ten on their history, how important they are, and how lucky teams are to even get to be on the same field as "big red" to bother the rest of us in the big XII anymore. The less you have to see or hear from husker fan, or Herbie and his love slave "lil red", the better. The fact that they are no longer around can only be seen as a benefit for the conference. 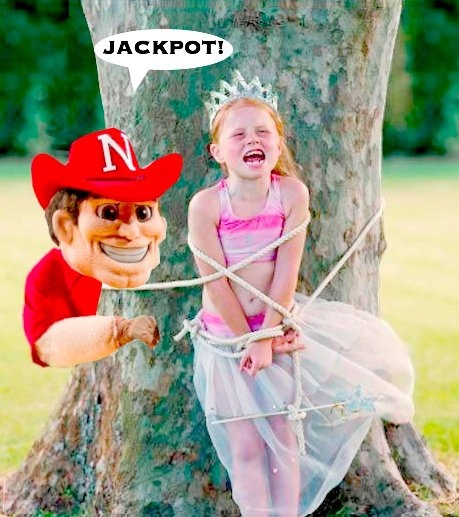 4. Conference Commissioner Dan Beebe is willing to do just about anything to keep you happy if your university is capable of throwing enough money around and lining the pocket of the rest of the conference. And when I say "anything" I mean the man doesn’t even have a gag reflex, right DeLoss? Gross… 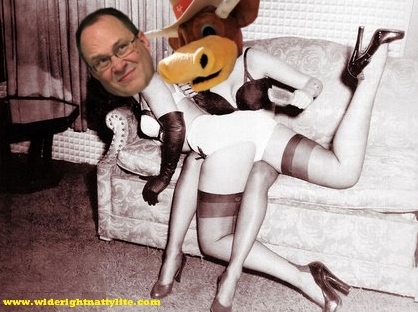 5. Big XII teams are highly ranked in virtually everything. Although we’re far more proud of some of these rankings than others… 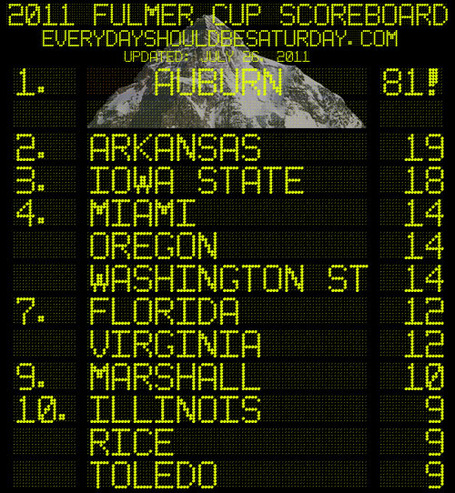 6. The Big XII is home to the Texas Longhorns who can't seem to help themselves when it comes to blindly starting Garrett Gilbert despite the horribleness. This means that on any given Saturday any conference opponent of Texas is likely to win. Well, except for Nebraska, but that might be a big part of why they took their ball and went home to the B1G. Isn't it great to kick the "cool kid" while he's down? 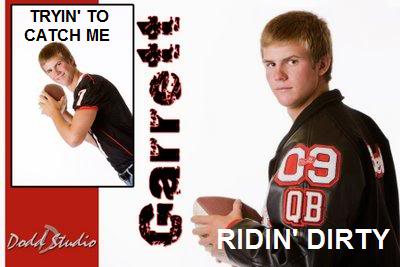 7. Parties at Big XII schools are just better than anywhere else. See what I mean?

8. Unlike most other major conferences, the Big XII’s footprint doesn’t have any major fault lines running through it. 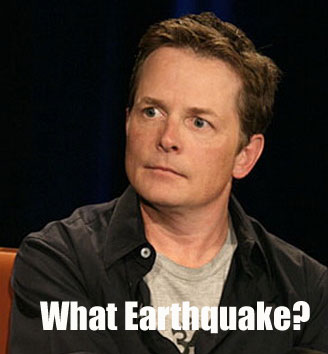 9. To the best of our knowledge, none of the haggard old women in our conference have resorted to losing their blouses and painting over the stretch marks and varicose veins in a terrible team spirit attempt gone wrong. On second hand, I don’t know for sure if that’s a positive or a negative. 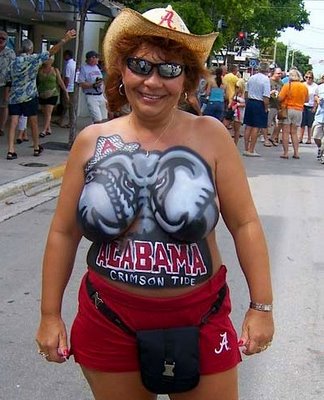 10. The Big XII is a potential future hotbed for holy war. Once the semi annual realignment shit storm passes, Aggie will be gone playing the role of Derek Vineyard in a football themed reenactment of the American History X shower scene in the SEC. Unless of course they get rejected, again. With or without Texas’ whiny little brother, the Big XII is looking to expand with its top two targets currently being: Notre Dame and BYU. Combine these two with long time Big XII member Baylor and you’re looking at religious conflict of biblical proportion. I know I can say in all honesty that there’s nothing that gets my nipples hard like some good old-fashioned Jihad.

Can you imagine these three groups trying to coexist? It would be epic! Now only if there were a good Hebrew school with a football team...

The Big XII isn't just a fad like the internet or cell phones. It's here to stay, and this is only 10 of the many reasons as to why.