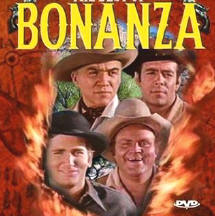 Here's the schedule for today: (All times Central)

The game where everybody's a Houston fan! Case Keenum is playing in the last game of his 12 year NCAA career, which is only 3 years short of Jordan Shipley's record. Something to watch for on the side: Crazy protesters outside of the Cotton Bowl.

Spurrier vs. Big Red in a 1996 flashback. You know, except we have Taylor Martinez (aka AIDs on two feet) shot-putting passes instead of Tommie Frazier. Personally, I'm hoping for a dozen shots of Stephen Garcia getting hammered in the stands.

FOR ALL THE SLAYED TAXES. Also, for those who are interested in watching the 2007 National Title Game, or two offensively challenged 6-6 teams. It's almost like watching Pinstripe Bowl edition Iowa State play themselves! If you have any regard for life, don't play this drinking game.

Another Big 10 vs. SEC showdown, both teams looking to do better than last year's bowl season, when Georgia was beaten by Central Florida, and Michigan State was curb stomped by Alabama. Michigan State also owns the nation's second longest bowl losing streak after Georgia Tech. But they did give us this play, so let's hope for more of that..

Starting to get more interesting... Love the contrast in styles between the programs and Oregon's helmets. I guess as a Big 12 fan, you're rooting for the Oregon style of play. After the game, LaMichael James and Montee Ball will address NFL scouts' concerns about their shortcomings by combining into LaMontee Bames.

Pace your drinking today, because this is the one you're really waiting for. Or get super hammered and annoy everyone you're with about how Iowa State screwed everything up for Oklahoma State and the Big 12. Heisman winner Robert Griffin III struggled against Oklahoma State's much maligned defense... how will runner up Andrew Luck do?