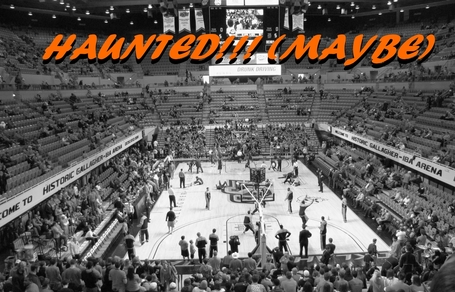 With Tuesday night's loss to Oklahoma State, that makes 17 straight games that Iowa State has lost to the Cowboys on the road. The last time the Cyclones won in Gallagher-Iba Arena was March 2, 1988, a 97-88 victory. That's 24 years ago. A generation. This is far and away Iowa State basketball's longest losing streak, and it's getting a little frustrating.

That span has included some great Cyclone teams, albeit teams who still couldn't break the losing streak at Oklahoma State. The '92-'93 Justus Thigpen and Ron Bayless-led Cyclones couldn't win at Gallagher-Iba. The '96-'97 Sweet Sixteen team came close, but ultimately lost 63-67. The 2001 Big XII championship team took the Cowboys to overtime before losing 80-88. At this point, it's becoming less of a streak and more of a curse.

But what could have stirred up such evil in a humble gym like Gallagher-Iba Arena? Was it voodoo? A gypsy's curse? An ancient prophecy foretold by the Native Americans who were kicked off their land by Oklahoma settlers? After the jump, a look at the damning evidence of the curse of GIA.

- Modern Gallagher-Iba Arena was built on the shell of the former Gallagher-Iba Arena, creating a Frankenstein's monster out of pieces of the old gym and new arena. If horror movies have taught us anything, it's that you don't build on top of a gravesite. That's how you get a poltergeist.

- 3 Doors Down played ESPNU's debut at Gallagher-Iba Arena in 2005, consumating an unholy union between two diabolical forces; ESPN and the band that inflicted "Kryptonite" on the world.

- Iowa State's last win at Oklahoma State in 1988 was only their 13th win in the unfriendly confines of OSU's arena. It will take some powerful Cyclone magic to get over the hump of unlucky number 13.

- By rearranging the letters in Gallagher-Iba, one finds the message "I Garbage Hall," a clear warning to visitors to stay away from this foul place.

- The first game in Gallagher-Iba Arena was played on December 9, 1938; the birthdate of GIA if you will. Hmmm, who else was born on December 9th? Just a little writer named John Milton, known mainly for his epic poem Paradise Lost about the fall of mankind and Satan. The parallels between Satan and the Cowboys are clear; just look at Eddie Sutton. That guy has been dead since 1997. 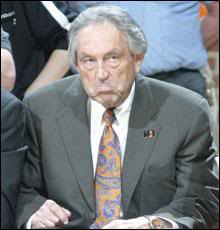 So what can the Cyclones do to break this curse? One suggestion would be to keep amassing as much talent as possible, and the wins will come. C'mon. That's a suckers bet. Look at the evidence! Clearly, the only reasonable thing to do at this point is to arrange a seance between Jamie Pollard, Fred Hoiberg, Johnny Orr and Jeff Grayer and try to raise Pete Taylor from the dead outside of Gallagher-Iba Arena. That's the only way Iowa State can return to their winning ways in Stillwater.