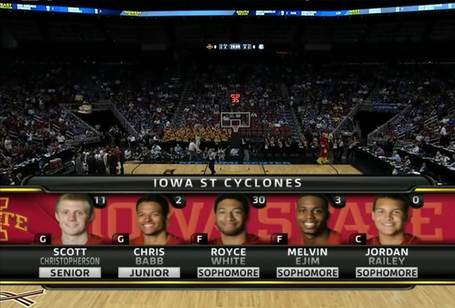 Sad, but not unexpected, news today as sophomore center Jordan Railey announced his intentions to transfer from Iowa State. Long a fan favorite for his... aggressive playing style, Railey was unburdened by such common notions as "grace" or "coordination;" Railey will now seek a better home for his unique skill set.

But let's thank Railey for his time on the bench, and be grateful that he played such a key role as a starter in Iowa State's first round tournament win over UConn. As a more eloquent writer than I once stated, "Watch out for Jordan Railey/JRailz/Bone Capone as he is fondly (?) referred to. Jordan is an effective fouler on both ends of the court and is a key awkward component in any bench celebrations. Fear him." We did fear you, Jordan. We did.