Know Your Enemy: University of Tulsa

Share All sharing options for: Know Your Enemy: University of Tulsa

Welcome to the spectator sport hell known as "baseball season". While this time of year provides little opportunity to actually watch entertaining athletic competition (outside of the Stanley Cup playoffs, naturally) it provides ample opportunity to tastelessly lampoon our upcoming opponents. Welcome to our universally reviled "Know Your Enemy" Series: A guide to the unfamiliar schools on the Cyclones’ football schedule that has been accused of xenophobia, misogyny, and religious bigotry. Enjoy.

Continue after the jump

STADIUM: The University of Tulsa Golden Hurricanes take the field at miniscule Skelly Field at H. A. Chapman Stadium, located directly on Historic Route 66 on the Tulsa campus. The stadium was named after Southern oil man William Skelly. Thanks, Tulsa. We can only assume he was an asshole bazillionaire who lit cigars with flaming $100 bills, dumped oil into fragile marshland ecosystems for the hell of it and owned slaves after the passing of the Emancipation Proclamation.

Not only does it can it seat up to 10,000 Hurricane fans (and another 20,000 Cowboy or Sooner fans, depending on the year), it is also conveniently located a few blocks from Tacos Don Francisco (which makes a killer lengua burrito). So it has that going for it. 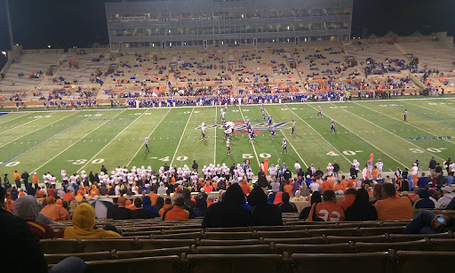 TEAM: Tulsa had some really good teams over the past 10 years. They were coached by that dude with the Tom Selleck mustache that almost killed Louisville’s program. Then they had that asshole who left Rice after a year, came to Tulsa, then left, then went to Pitt for a year, then went to Arizona State. Gus Malzahn was there in some capacity too. They had some high flying offense with players that no one can name, and now all of those dudes are gone and they have that shitbag from Nebraska that Lattimer forced the controversial fumble on in 2010 starting at QB. This isn’t 2008’s Tulsa. 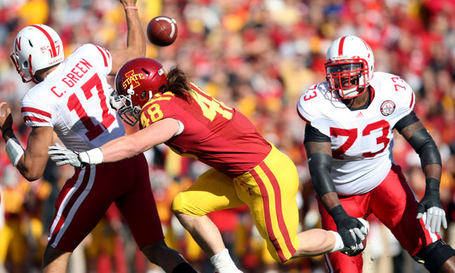 Tulsa's Lattimer Alert is currently at the "elevated" level

If you expected any more than this about the 2012 University of Tulsa Golden Hurricane football squad, I award you no points and may God have mercy on your soul.

MASCOT: Just when you thought that there couldn’t be worse mascots than some of the creepers in the Big 12 (like Pistol Pete or Willie the Wildcat), you find this: 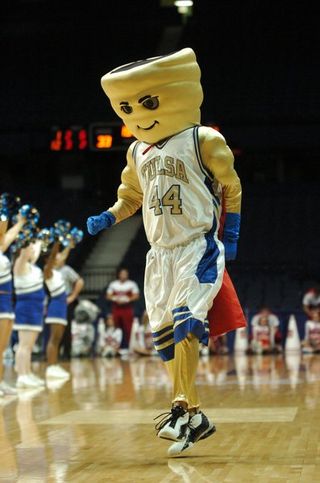 This is what happens when you’re stuck in C-USA, have no mascot budget, and are forced to pay some stoned freshman graphic design major three bags of Cool Ranch Doritos in order to get a mascot design put together. Ladies and gentlemen, this walking abortion is the reason that Cy is a Cardinal, and not a Cyclone. Looking like a cross between a conical dehydrated piece of dog shit with eyes and a walking turnip, the Tulsa mascot should be Exhibit A in the case of Why-You-Don’t-Design-Mascots-After-Weather-Phenomena v. Rationality. 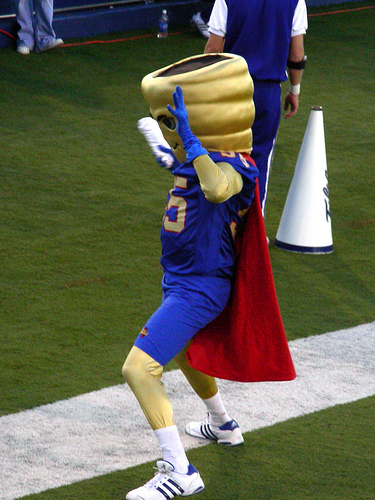 We've got spirit, yes we do. We are turnips filled with poo!

TRADITIONS: I actually have some level of familiarity (and fondness, if you can believe it from what I’ve written) for the University of Tulsa as my cousin (and frequent college football road trip companion) attended law school there and still lives in the city. The only UT tradition I’ve noticed in my several visits is how much they love to bitch about being (supposedly) the smallest school in the FBS. So there’s that. And being Sooner fans (much like UNI students rooting for Iowa).

AGAINST ISU: We’ve probably played Tulsa before. They probably beat us. This was probably in the 80’s or 90’s. I’m not sure, and I don’t care. I do know they beat Iowa in either at the end of the Fry era or the beginning of the Ferentz era, so that’s cool. Also, "Tulsa" spelled backwards is "A slut". So they have that going for them too.