The Big 12 as Trailer Park Boys

Share All sharing options for: The Big 12 as Trailer Park Boys 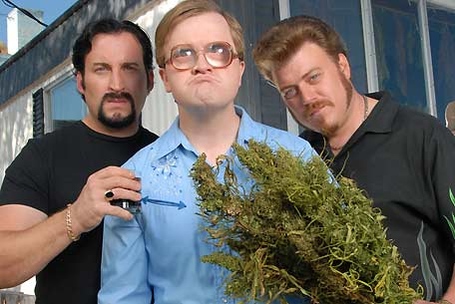 It is the off-season here at WRNL, and we all know what that means: BIG 12 COMPARISON PIECES. You will likely see a hundred of these types of things all off-season. Well, here at WRNL we wanted to bring something a little unique. Some of you may be asking yourself "what in the hell is Trailer Park Boys"? For the uninitiated, it is a Canadian TV show about some crime-ridden Canadian rednecks in a Nova Scotia trailer park. It is extremely funny, and displays a sense of humor that would likely resonate with the WRNL reader. We have included all former and current conference members.

If you are unfamiliar with the characters, go ahead and check out the clips included with each comparison, and if you're well versed in Rickyisms, shit analogies, and Randy's gut, then jump in and enjoy after the jump. 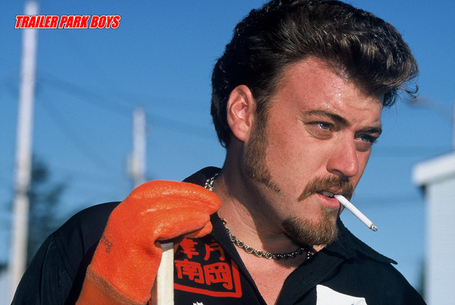 The loud mouth de facto leader of the Park. Enjoys bossing his friends around, smoking, swearing, getting drunk as fuck, and more than anything, fucking with Lahey. Ricky occasionally threatens to leave the park and head to Toronto, but he always gets talked off the ledge for a box of chicken fingers ($8 a pack, the good kind!) and some dope. 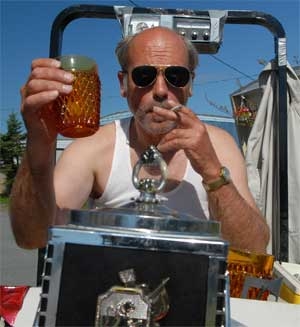 Lahey used to be a powerful, respected cop, but was fired in the 70’s for getting drunk on duty, running into a trailer, and pissing himeslf. Ever since his fall from grace, his only joy in life comes from getting so drunk that he pisses himself, and trying to make Ricky’s life a living hell. However, whenever Lahey goes toe-to-toe with Ricky, he comes out in worse shape than he started. Lahey struggles with comprehending and is prone to delusions of grandeur where he puts on his old uniform and tries to convince the park residents that he’s still a real cop. He eventual got some redemption when he got let back on the force (or into the SEC), but the joy was short lived as he instantly found that he was the low man on the totem pole, and the butt of jokes among the other cops. This realization eventually drives him off the deep end completely. 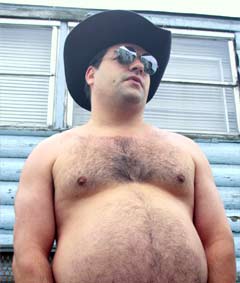 Lahey's shirtless assistant trailer park supervisor/gay lover with a giant gut and Elvis-style pompadour. Generally the submissive member in their gay partnership, but will occasionally step out of Lahey's shadow and go his own way for a short time, only to have it end in disaster. Randy’s biggest achievement comes when he’s able to impregnate Ricky’s girlfriend while Ricky and Ray are in the drunk tank (leave for the SEC on A&M’s coat-tails). While Randy was able to rise from a drunk male prostitute to a drunk assistant trailer park supervisor (on its knees begging for Big 10 membership to SEC member), he still struggles to shake his reputation as a worthless, sycophant whore. 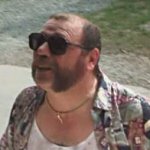 Losco is a drunk, greasy veterinarian who is generally regarded by fellow park residents as a disgusting, incompetent Caveman. While generally mocked and disregarded by the rest of the park, Losco has been known to rise up every once and a while and hold delivery guys hostage or steal Lahey's wife. He may be a greasy old Caveman, but don't sleep on Losco. He is a major thorn in the side for most park residents. 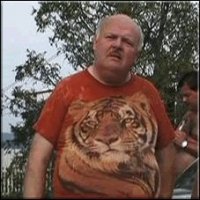 Phil (full name: Philadelphia) is a fat-gutted snuffalufogus mustard tiger who specializes in one thing (making burgers/basketball). He’s really fucking good at that, and really fucking bad at everything else. Prone to explosive belches containing food particles when punched in the gut/choking in the NCAA tournament. 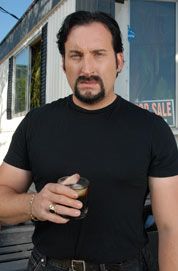 One of the more ambitious guys in the park, Julian is a pretty bright, driven who guy who really excels in certain areas (book learning/football) while being a complete and utter failure in others (talking to the cops/basketball). His big, sexy muscles have always made him a target for Lahey’s secret affections, and have helped him earn respect around the par. Julian's abilities make him an important guy in the park, but his failures keep him from ever really being top dog and at the end of the day, he’s still just a greasy trailer park boy.

Julian-lite. Jacob spends most of the series as an ancillary character, but when his mustard tiger father has some business success, Jacob rises the ladder to become Julian’s right hand man. Jacob is so enamored with Julian that he begins acting and dressing exactly Julian, despite his being much scrawnier and less respected in the park. Jacob, however, is a scrapper. Eventually he fights through being abandoned in the woods and getting dysentery, to getting the girl and the respect of the Boys.

Thinks he's something that he isn't (black/powerhouse) and likes to put on a tough exterior. His failures only serve to reveal the vulnerable interior of an insecure poser. J-Roc is kind of a loveable fuck-up, but he’s been known to get himself caught in some potentially career killing situations, like getting caught fapping right before a big show (or firing Mike Leach because Craig James said so). It’s hard to feel sorry for a white guy whose favorite word is "gnomesane" (know-what-I’m-saying). 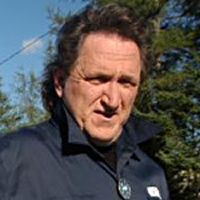 This loveable ex-trucker is a degenerate alcoholic who is completely addicted to gambling on Video-Lottery-Machines and getting lap-dances in his wheelchair. Recently promoted to park supervisor (or the Big 12) Ray prefers to spend his time driving around drunk and waving to everyone in the park. Ray’s just couldn’t be happier to be in Sunnyvale (the Big 12) and he wears it on his sleeve. Help his fuck, LIFE, IS, GREAT. Ray is both irresponsible and untrustworthy, but at the same time capable of providing deep insights into life. It's all about the sparrows and the bacon. Fuckin’ way she goes. 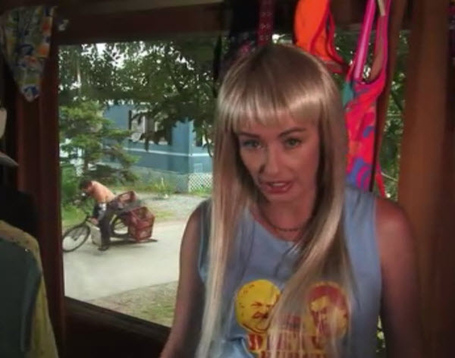 Ricky's annoying, demanding, bitchy on-again-off-again girlfriend. She got a lot hotter after going out and buying fake boobs (RGIII), but the luster soon wears off and she's as annoying as ever. For some unexplained reason, Ricky seems overly loyal to Lucy and refuses to abandon her even when she deserves it (conference realignment). Lucy holds a power over Ricky that no one can explain (Ken Starr).

Lucy's best friend and side kick. There really isn’t much difference between Lucy and Sarah (she even used to bang Ricky too). They’re always hanging out, annoying the shit out of everyone and demanding a cut of the boys illegal activities. Sarah loves smoking dope.

(See the video for Lucy. They're the same character anyway) 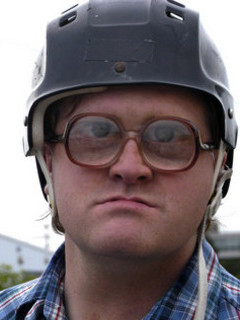 Well liked amongst park residents because he's thoughtful, intelligent, and most importantly not a threat to anyone. Bubbles is fairly sensitive, due to his deep seeded fear of being abandoned (his parents ran off when he was a little guy) and absolutely hates it when everyone gets into a fight. However, despite his docile nature, Bubbles is capable of firing off a real zinger from time to time, or turning into his alter ego (The Green Bastard/destroying the BCS and OSU’s national title hopes) and revealing his secret talent as a capable wrestler.

Nebraska and Colorado = Corey and Trevor.

These dispensable fuck ups go mental at the end of Season 6 after years of mental and physical abuse at the hands of Ricky and Julian. Ricky admits to missing them, but most likely it is only because he misses having such a convenient scapegoat.