An Exclusive Preview Of The OU Cable Network

Share All sharing options for: An Exclusive Preview Of The OU Cable Network

The University of Oklahoma has announced that they will start their own cable network in the fall. Athletic Director Joe Castiglione broke the news yesterday that the network will have 1,000 hours of programming, including one OU football game. You may be wondering how they're going to fill 1,000 hours of programming, but luckily, I got my hands on an exclusive preview of the fall lineup. 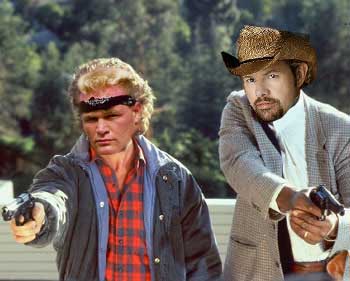 B&T will be a buddy cop series staring Brian Bosworth and Toby Keith. Keith will star as the fun loving, guitar playing free spirit who will put a boot in your ass, while Bosworth plays a crazy roid raging cop who is stern, but lovable and unlovable. Landry Jones will make a guest appearance to play a a serial molester on the loose.

Contestants vie for the honor of top shot in the state of Oklahoma.. The catch, however, is that they will have no preparation with the guns, but randomly select one out of Barry Switzer's luggage right before shooting.

Hollis Price: Then And Now 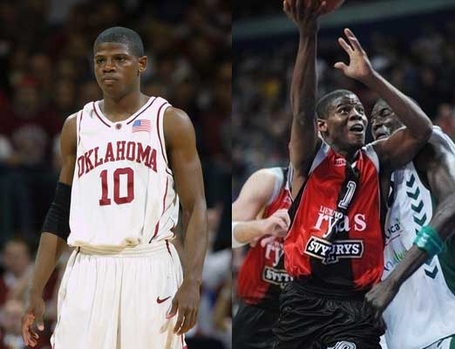 Another gameshow. The screen shows pictures of Hollis at various stages of his life and the contestants guess what age the picture was taken. This game was basically meant to be impossible.

The obligatory fishing show. I'll admit it, I don't even care if he never finds the Mahi Mahi, I'd watch for the name of the show alone. 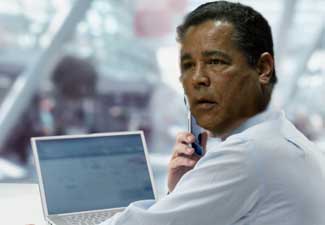 Pretty simple concept. Orchestras around the world will be invited each week to perform Boomer Sooner for an hour. The season finale will of course, feature Pitbull. It's not like he could make it any worse.

This show is much like Punk'd, where Sooner athletes are pranked by our friends over at Crimson and Cream Machine, but the prankers will reveal it was all a prank by doing a Jared Zabransky statue of liberty pose and yelling "YOU JUST GOT BOISE'D".

I don't know about you, but I'm seriously considering moving just so I can get the OU network.