An Exclusive Preview Of The West Virginia Cable Network

Share All sharing options for: An Exclusive Preview Of The West Virginia Cable Network

We've already previewed the OU Cable Network and LHN's 2012 Lineup in our quest to file FOIA requests with all the Big 12 schools to figure out what they're doing with their planned cable networks. This time, we're checking out what our new Big 12 friends, the West Virginia Mountaineers. are bringing to the table, provided they can avoid another Big East lawsuit. 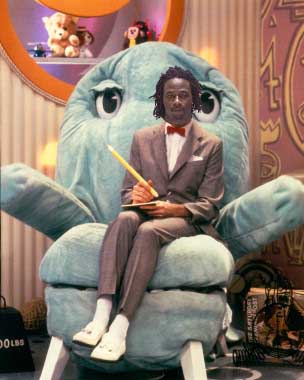 Pacman "Please Call Me Adam" Jones hosts this children's variety show... because children need to learn how to make it rain and appreciate the finer parts of strip club buffet dining.

In each week's episode, new objects are tested to see if they will burn. SPOILER ALERT: It always does.

The former WVU QB and newly declared actor runs an acting workshop for aspiring actors. No word yet on if he'll reveal the secrets behind his best acting job: convincing the Miami Dolphins that he was a viable NFL QB.

This show explores just how many things Bob Huggins can do functionally while intoxicated. Over the course of the season, Huggins will reveal that he was mentored by the greatest functional alcoholic college basketball coach of all time, Larry Eustachy. 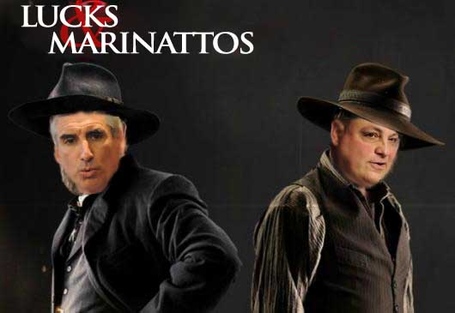 This modern day spinoff of the Hatfields and McCoys saga is sure to live on in American folklore. Watch the feud escalate as John Marinatto Jr. starts a smear campaign against Andrew Luck, costing him millions in NFL endorsements. Patriarch Oliver Luck strikes back with a press conference in which he reveals Marinatto Jr's herpes to the world.

Jerry West hosts the hottest new memeing show where viewers send in memes of them doing West's famous logo pose. Bonus: West ends every show with a story about Wilt Chamberlain groupsex from their Laker years together.

The Kevin Pittsnogle stars in this reality show where he advocates super trashy, super tattooed West Virginians that they should trade their drug dealing ways for a oddly sweet 3 point shot. Mike Gansey makes occasional cameos as the straight laced friend.

The boys at The Smoking Musket spend this hour-long weekly trashing former WVU coaches Rich Rodriquez and John Beilein and the state of Michigan in general. Producers expect this to be the top rated show.

No explanation needed here, just syndicated episodes of the hit TV show. I can only hope our Mountaineer buddies bring us a ton of moonshine on November 24th.