Share All sharing options for: NBA Draft: ISU on Tap 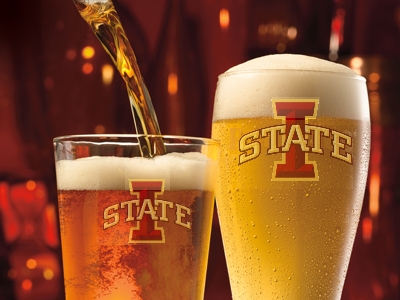 Mmmm... delicious Cy-PA. Much like Royce White, this article can be many things at once. Consider it your open thread for the draft tonight.

When the NBA Draft kicks off tonight, most experts have Iowa State's Royce White being drafted somewhere in the first round. Actually, everyone who knows anything about basketball has White drafted in the first round, but where he'll be chosen is still wide open. Doug Gottlieb picked Royce as one of his top-five players in the draft, while CBSsports.com's Jeff Goodman has him falling anywhere between 17th to 27th overall.

This lack of consensus has to be expected with a player as unique as Royce White. Royce is often referred to as the ultimate high-risk/high-reward player due to issues regarding his documented struggles with anxiety and past legal troubles. These issues are largely overblown, due to sportwriters' need to find something, anything interesting to write about at this time of year. But Royce has probably helped his draft stock by being open and honest about his disorder and his past. The guy is an open book, and NBA GM's have to appreciate that he isn't trying to cover anything up.

Last week, a rumor started circulating that the Boston Celtics had promised to draft Royce if he was still available in the later rounds. The Celtics have two back-to-back picks at the 21st and 22nd spot in the draft this year, and it seemed to be a reasonable choice for a quickly aging team that struggled with rebounding last year. The fact that Royce cancelled his remaining workouts on Friday added more fuel to the rumor.

But Celtics VP Danny Ainge quickly squashed the rumor, stating that the Celtics had made no promises to any player in the 2012 draft. Still, a lot of publications are still projecting Royce White to Boston in the first round. After the jump, a more complete list of the teams interested in Royce White.

Why He's a Good Fit: In Boston, Royce would add value to a playoff team, while not being expected to be the savior of the franchise. An excellent rebounder, White will provide an immediate boost to the worst offensive rebounding team in the league. White's excellent court vision will allow him to share the ball with an aging, veteran roster that struggles to create shots at times. His passing ability also makes him a good front court complement to Rajon Rondo.

Why He's a Good Fit: No one really knows how much longer Dwight Howard is planning on sticking around Orlando, and while Royce is nowhere near the defensive player that Howard is, he could provide a blurry facsimile with his strength and rebounding skills. White could also help Orlando improve their assist numbers; an area they struggled with last year as PG Jameer Nelson only averaged six per game. And any team that has JJ Reddick as one of their leading scorers drastically needs a talent upgrade, and Royce can provide that in the latter half of the first round.

Why He's a Good Fit: See above

Why He's a Good Fit: See above

Why He's a Good Fit For Atlanta: The Hawks have good guards in Joe Johnson and Jeff Teague and are fairly set in the backcourt. But Royce could provide a boost to the frontcourt, which really only has Josh Smith as a scoring threat. The Hawks also run a similar offense to Iowa State, where spacing and 3-pointers are key, and White thrived at Iowa State. White was initially scheduled to work out for Atlanta last week but cancelled at the last minute, but Atlanta is reportedly still interested in Royce if he's available at the 23rd spot.

Why He's a Good Fit For Memphis: This actually seems like a bad spot for Royce to land, as the Grizzlies are already loaded in the frontcourt with Marc Gasol, Rudy Gay and Zach Randolph under contract and all seeing significant minutes last year. That said, Memphis does need scoring help, as they ranked 21st in the NBA last year in offensive production.

Why He's a Good Fit For Indiana: The Pacers have a lot of depth and are a solid team from top-to-bottom, but they don't really have a star (unless the three-headed Cerberus of Darren Collison, Danny Granger and Tyler Hansbrough can be considered one "star"). Royce White isn't necessarily going to be a star in the NBA, but he does make other players on the court better, and can dominate a game when he needs to. With White as a late pick, the Pacer could solidify their depth even more and add a rebounder to complement Hansbrough.

Why He's a Good Fit: Putting aside your irrational hatred for LeBron James and everything Miami related, Miami could be a good team for Royce. It's unlikely he falls this far in the draft, but if he did he would wind up on a championship team; one that's expected to contend for multiple titles in the next few years. Royce would probably see a lot of the bench initially, as the Heat are absolutely stacked at forward. But this would give White some time to develop, work on his jump shot and maybe pick up a championship ring while learning the NBA ropes.

So while there's a definite lack of agreement on where Royce White will eventually end up, most experts have him late in the first round. That could end up being the best situation for Royce, since it would most likely allow him to fall to a playoff contender with a strong supporting cast. It would mean less immediate money for White, but could provide him with the better career.