Share All sharing options for: CHAMPIONS BOWL: The Rejected Applications

This week, Arlington, TX and New Orleans, LA emerged as the favored cities to host the Champions Bowl. With equally deserving cities like Atlanta, Houston and St. Louis falling by the wayside, it might be interesting to look at the application letters of some of the... quainter towns vying for the Champion Bowl's affections. Did you know some Iowa towns even tried to host the game? It's true! WRNL presents the Champions Bowl: The rejected applications. 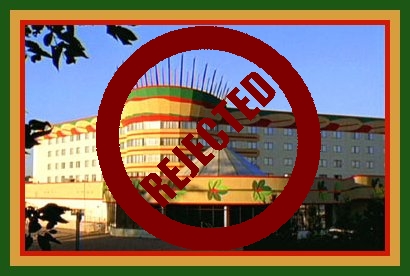 Tama - Y'all like gambling? Y'all like a side of meth and despair with your gambling? Then come on down to Tama, Iowa; home of the beautiful Meskwaki reservation and casino! You haven't experienced a bowl game unless it's been filtered through hundreds of years of Native American tragedy and oppression.

And while Meskwaki's outdoor arena might look a little small to host a major college bowl game, we'll have you know that venue has hosted the likes of Alabama, P-Diddy AND Bill Cosby! Alabama vs. Texas? Naw son, try the legendary matchup of Alabama vs. Trisha Yearwood! That's what the people want to see. Take THAT, Superdome! 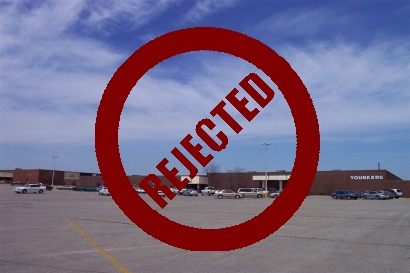 Fort Dodge - Our town has a 3.5-star tourism rating on TripAdvisor! Five stars for the quality drugs, luxurious Crossroads Mall and relatively clean Days Inn; negative 1.5 stars for the inevitable beating you'll receive for giving someone the stink-eye. Speaking of, just what the FUCK do you think you're lookin' at?!

And while Fort Dodge doesn't "technically" have an arena capable of holding 100,000 football fans, we are home to the 4-A Fort Dodge Dodgers! Hold the Champions Bowl in the high school stadium! It's cozy! Oh, so you think you're too good for Fort Dodge? What are ya, some kinda stuck up snob?! 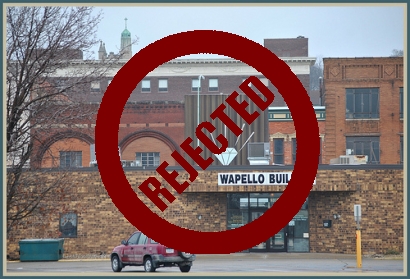 Ottumwa - While twice the number of rape cases per capita than the national average sounds bad on paper, be assured that fans attending the Champions Bowl will be perfectly safe in Ottumwa. All registered sex offenders can easily be rounded up before the game and monitored appropriately, Larry Kleist-style. The unregistered ones? Well, we'll figure something out.

And what better way to avoid the roving gangs of criminals roaming the streets highlight the athletic glory of the Champions Bowl than to hold the game in the beautiful Bridge View Center! True, this arena usually hosts MMA fights and wrestling, but what's more exciting, watching two college teams march up and down the field (yawn), or witnessing two steroid-infused, meth-addled He-Men beat the ever-loving-crap out of each other? We think the answer is obvious.

Ottumwa, Iowa! Hey, does this rag smell like chloroform to you? 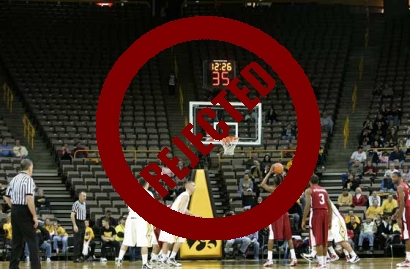 Iowa City - The ped-mall! The Hawkeyes! The decomposing-yet-somehow-still-alive remains of Hayden Fry! A river! Assholes from Joliet, IL who are "too good for Iowa," yet inexplicably attend a school in Iowa! Yes, Iowa City has it all!

Any town with enough style, enough gravitas, enough chutzpah to contain the glory of the Iowa Hawkeyes can more than handle a little event like the Champions Bowl. Kinnick Stadium doesn't really have a great parking or tailgating situation per se, and it can't really hold more than 65,000 fans comfortably, but I'm sure fans attending the game will just be awed to sit in the House That Hayden Built.

Iowa City: Any way the Champions Bowl can include the Hawkeyes?

We Built Sioux City (via scragbrai)

Sioux City - Charmingly nicknamed "Sewer City" (due to the city's excellent water and plumbing system, of course), Sioux City would be an excellent host for the Champions Bowl. We made this promotional video for you! We think it says all that needs to be said.

Sioux City: Any way the Champions Bowl can include the Cornhuskers?