Prematuring With Podolak - A History Of Great Predictions

Share All sharing options for: Prematuring With Podolak - A History Of Great Predictions 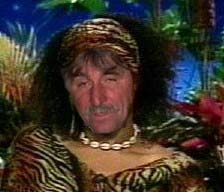 Ed Podolak is a man of many talents. He was a very good running back, a true romantic, and is currently serving as the Hawkeyes' color commentator. What you probably didn't know about Ed, is that he is also a successful psychic. Here are some of his noted predictions.