To congratulate Kelechi Osemele for making it to the Super Bowl in his rookie year, WRNL honors the former Iowa State tackle the best way we know how: A '70s-style blaxploitation flick based on his exploits.

Share All sharing options for: Kelechi Osemele In "SUPER BOWL"

This Sunday, the San Francisco 49ers will meet up with the Baltimore Ravens in Super Bowl XLVII. An exciting matchup that will pit two brothers against each other in a fight to the death. But one team (one team) has a decided advantage in this contest.

Now, the 49ers are a dangerous team. A strong team, led by the fiendish Harbaugh doppelganger, Sweet Jimmy H. But the Baltimore Ravens have a man on their side. A singular man, with a singular plan. A man whose superior blocking and knowledge of the game allowed the Baltimore Ravens to get over the hump (awww, yeah).

Last year, the Baltimore Ravens made it to the AFC Championship game before ultimately falling to the New England Patriots. Defeated, they vowed to train harder than ever and master their Raven style. But training alone wouldn't be enough to give Baltimore the push they needed (mmm, that's right).

They needed to recruit a great warrior to help them in their cause. And this year, the Ravens beat evil Dr. Belichick and his league of Patriots handily. (funk guitar kicks in). What was the difference? Who's the cat who brought home justice for the Baltimore Ravens?

Who's the offensive guard / That helps his running back gain more yards? 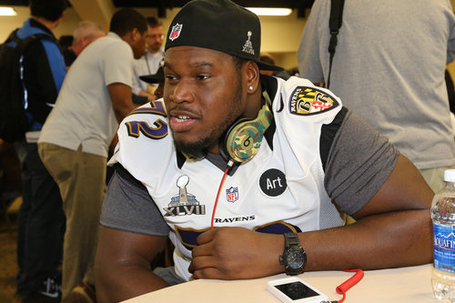 Who's the cat that protects the back-o / Of the quarterback named Flacco? 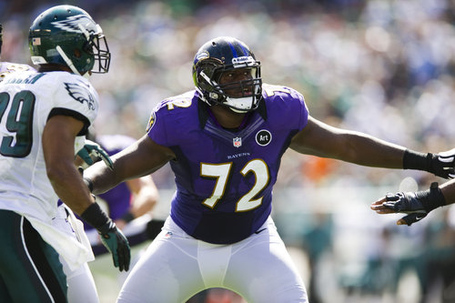 Can you dig it?

Who's the guard that won't cop out / When Geno Atkins is running about? 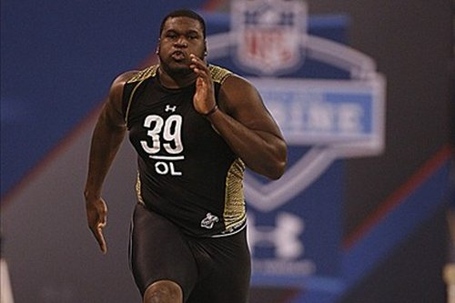 They say this cat Osemele is a bad mother (Shut your mouth!) / But I'm just talkin' 'bout OSEMELE! 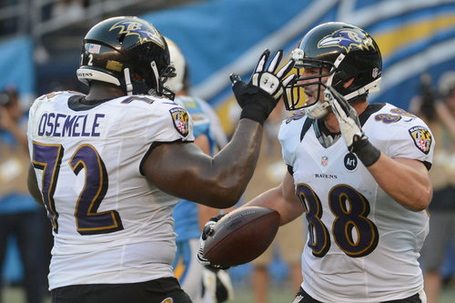 Then we can dig it.

He's a complicated brah / Who no one would draft but John Harbaugh. 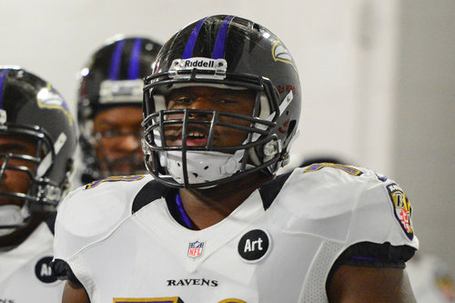 So you see, brothers and sisters, football in the NFL is a game, but it is also life. And this game of life is one contest that Kelechi Osemele intends to win. This guard's fearsome presence on the gridiron helped the Baltimore Ravens reach the NFL's ultimate prize in his rookie year. What will he do for an encore? What beleaguered organization will he help next? No one knows but...