WRNL's Guide to the Offseason

Welcome to WRNL's First Annual Guide to the Offseason!

Share All sharing options for: WRNL's Guide to the Offseason

As you may well be aware, Iowa State basketball is done for the year, and the NCAA tournament is nearly wrapped up. We're moving into a very dangerous part of the year, athletically speaking. Where college basketball, football, and NFL once dominated, we are now staring down the athletic abyss known as "baseball" season. Sure, NHL and NBA playoffs can be a pleasant diversion, but its no guarantee. I fear say it, but we're moving into that time of year where one has to look inward and discover sources for entertaining that don't involve sitting on a couch, drinking beer, watching football/basketball, and "chatting" with strangers on the internet.

So here at the WRNL brain trust, we put our skulls together and decided to put together a suggestion guide of wholesome activities designed for surviving the period of time between now and August.

Let's be honest guys, an eclectic group of geniuses like the WRNL crowd is always looking for mind expanding experiences. The only surefire way to take that next step is to jam your system so full of horse that you become hopelessly addicted, and basically sulk in the shadows of your basement until you either shove a shotgun down your throat, or choke on your vomit in a stupor. If it worked for Kurt Cobain and Jesse's girlfriend in "Breaking Bad", it can work for you! 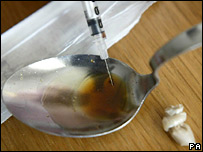 Because, you know, it’s the Cubs year this year.

Because the Dude is so gauche. 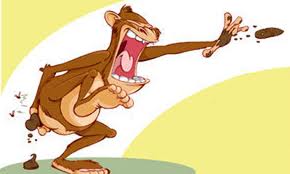 This one is actually serious.

6. Get into the NHL playoffs and pretend you actually like hockey.

If there is a crowd that is meant to indulge in fast-paced North American bloodsport, its this one. Besides, remember how much fun you had jumping on the Blackhawks bandwagon in 2010?

Golly gee. Just think of all the great stories he will be able to tell about demanding McDonald attendants in Bel-Air provide him with free meals, and intimidating rape victims in SoCal!

8. Apply for the Minnesota coaching vacancy.

You're probably their next offer anyways.

9. Volunteer at a nursing home.

We know you're desperate. So are all those old ladies who haven't seen a crank since the Reagan Administration. Win-win.

Take up biking as a hobby. The constricting compression shorts and bruising punishment that your sack and taint will endure amid scorching temperatures will be sure to kill off your little swimmers. It's probably for the best that this crowd not reproduce anyway. 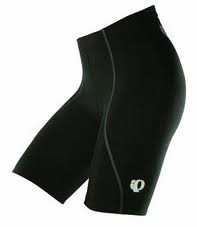 These are our Top 10 suggestions for surviving between now and the start of football season. We encourage you, the readers, to submit your own suggestions.