Did someone say Kane? 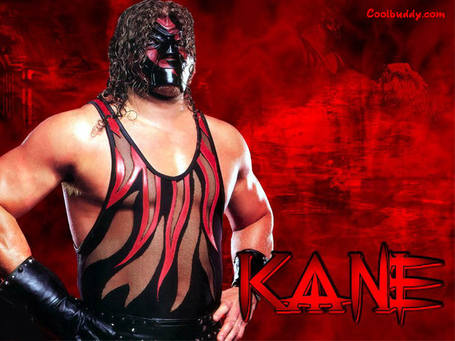 News broke Thursday night that Marshall transfer, DeAndre Kane, had committed to Iowa State during his visit to campus. Kane will have one year of eligibility and will be able to play immediately. This signing could prove to be a key addition for the Cyclones as they look to make a third consecutive NCAA tournament.

So What Do We Know About This Guy?

Kane led Marshall in scoring this past year, averaging 15.1 points per game for the Thundering Herd. At 6'4", Kane has the size, athleticism and versatility to be a dynamic player in Fred Hoiberg's back court. He averaged 7 assists per game last year as well and finished in the top 10 in the country in assist rate. He played more of a combo guard role at Marshall and is capable of handling the point guard duties if needed. Kane does struggle as a shooter, however, knocking down only 40.3% of his shots from the floor last year, including a brick-tastic 24.8% from outside. Luckily, Kane is more of a slasher and can get to the hole. The problem there, is that he only shot 52.1% from the line in his final season in Huntington.

It's also been mentioned that Kane had a bit of an issue with technical fouls and may not have exactly been a model teammate. Troubling as that may sound, this wouldn't be the first reclamation project Fred Hoiberg has undertaken. In any rate, The Mayor has done his homework on these types in the past and every single one has panned out (while in Ames at least).

Yeah...about that. Well, somebody is either leaving or not coming. Nothing has been announced yet, but I imagine we'll hear something shortly as far as personnel goes. Being that Kane is a one-year rental, this could dramatically change the scholarship situation for 2014 and beyond, provided he's not taking a rising senior's scholarship. I have absolutely no information, but if I had to guess, my money would be on either Dustin Hogue or K.J. Bluford not making it to campus.

We've covered this a lot over the last three years, but there isn't exactly a "right way" to build and sustain a program. You take talent when you can get it and plain and simple, adding a guy like DeAndre Kane makes Iowa State a better team. This signing doesn't put Iowa State into the same stratosphere as what Oklahoma State and Kansas project to be next year, but it does give the Cyclones a much better chance to finish in the top 3-4 in the Big 12.

I'll have more thoughts on this later once the details surface about where Kane's scholarship is coming from, but for the time being, this is a big pick up for the end of May and WRNL welcomes Kane to Ames.