The charcoal is lit. The aroma fills the air. The striped overalls are on. The flags are flying high. The beer is semi cold. University and Lincoln Way are backed up. All of these factors mean that it's time for some Cyclone football! This is the time of year all of Cyclone Nation looks forward to. It's that time of year where Ames is booming with students, alumni, and friends of the greatest university in the nation. Cyclone Nation, it's time for football in Ames. 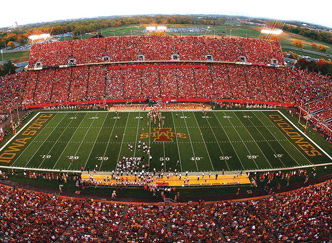 Cyclone football is here I am sure glad it is! The parking lots will become packed on Saturdays around Jack Trice Stadium with plenty of tailgating, mounds of food, fans with ISU themed vehicles, college students standing in line for hours to get front row in the student section, Natty and Templeton, and young Cyclone fans playing pick up football games. It's a picture perfect place for college football. So picture perfect that ESPN Game Day should pay a visit (including Ubbs).

Football, football, football! Coach Rhoads has a great program going on. As the university continues grow, so does the passion and attendance for Cyclone football games. We have seen a rise in attendance and ticket sales for Iowa State football in the past few years. With a great football atmosphere, a program competing in a tough/competitive conference, fans in Red and Gold everywhere, a beautiful city in the fall, and some of the best tailgating in the nation; I then have to sit here and wonder: Why the hell wouldn't you be in Ames on Saturday?!? Jack Trice Stadium holds so many memories for me from the actual football game to the tailgating. From storming the field to waving an ISU flag on top of a bus. Cyclone football is more than a season, it is a way of life. 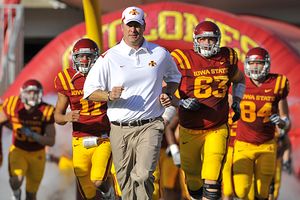 Tailgating, tailgating, tailgating! As the season begins, as does tailgating. Tailgating is just as anticipated as the football season is. Tailgating is as much of a tradition in Ames as the Butter Cow is for the Iowa State Fair. Without one, you can't have the other. Even opposing teams enjoy the tailgate scene! Tailgating connects Cyclone Nation. Cyclone tailgaters are some of the most friendly people around. I can't tell you how many times I have just started talking t o a complete stranger and they give me food or a tour of their decked out Cyclone RV. Starting at a young age in Lot B4 with the family and discovering the south side of the stadium, gave me a perspective of how grand the tailgate scene is at JTS. There have been many first halves of games I cannot remember due to excessive tailgating prior to kickoff. And I wouldn't want it any other way. 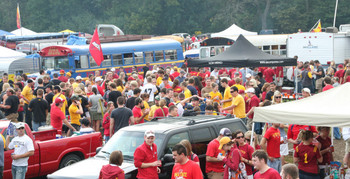 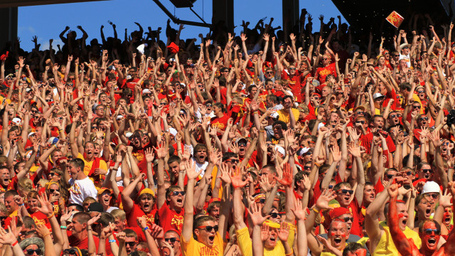 Cyclone football is here. And as our beloved Cyclones take on one of the nations toughest schedules (again), Cyclone Nation will continue to grow and support our team. Tailgating will be ever more prosperous and I cannot wait to get back to my second home. Let the parking lots fill up, crank some of those tailgate tunes, and Pack the Jack! Let's get ready to get cheer on our Cyclones, raise some hell, and drink some beer! Loyal and forever true, let's go State! 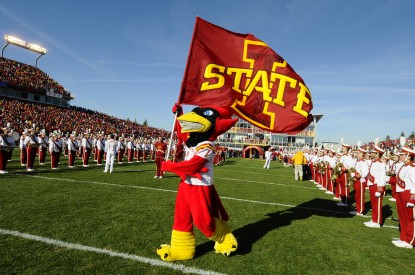