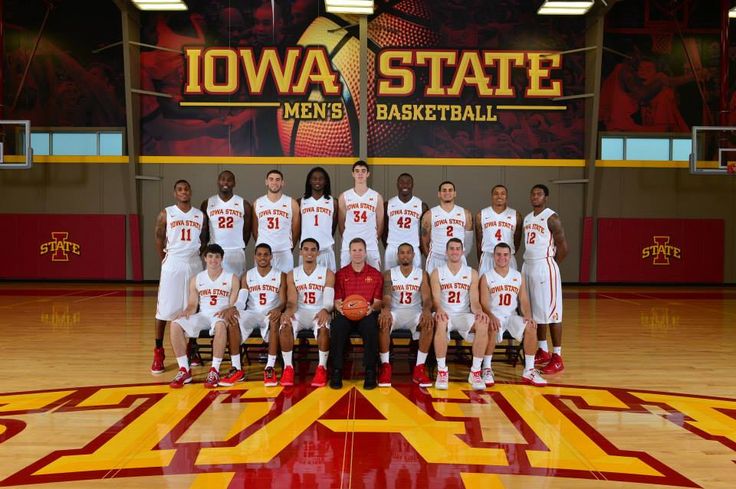 Ok you read the title, you know what it's about, so let's get going.

Grade: A
Returning starters Monte Morris and Georges Niang will lead this group. As we all know Morris lead the nation in Assist to T/O ratio and demolished the old record as a freshman. Look for him to expand his role as a Sophomore scoring more as well as being a distributor. Niang on the other hand is one of the most versatile PG’s in the nation. His great vision and passing combined with his elite size make him a mismatch nightmare for opposing defenses. Then of course there is incoming freshman Clayton Custer who Hoiberg likened to a white Monte.

Grade: A+
3sus of Nazareth (Naz Long), Mathree Thomas (Matt Thomas), Thryce Dejean-Jones (Bryce Dejean-Jones), Sherron Dorthree-Walker (Sherron Dorsey-Walker), and Georges 3iang (Georges Niang). What more do you want from a position group? One is the clutchest person alive, another hit the 2nd most threes by a freshman in Iowa State history, another is CCL all-star, and Niang has great size for a SG making him a match up nightmare, able to hit shots in your face as well as back you down if he has a smaller defender on him (which most 2 guards are). Then there Bryce, able to jump out of Hilton as well as hit shots from anywhere on the court, look for him to be big time this season and win Big 12 newcomer of the year.

Dustin Hogue, Abdel Nader, and Niang will lead this group. Hogue got better as the season went on culminating with his game against UCONN where he scored 34 points. Look for Hogue to step up his role scoring more points this year as well as grabbing 10 boards a game being a real double-double threat. My good friend actually played AAU ball with Nader in high school in Illinois so I’m getting most of this information from him. He can make any shot on the court, he also has some big time post moves if he has a smaller defender on him (he has a 7’2" wingspan!!!!!), look for him to make a big offensive impact, he’s a bonafide scorer. Then there’s Niang. With his new slimmed down body he should be able to guard the 3 position a lot better, along with his plethora of post moves and his ability to knock down shots look for him to be a leader on this team.

The reason this is an A- is because there is a relative lack of depth. Niang and Hogue will lead this group with Daniel Edozie getting minutes when the other two need a breather or have foul trouble. Hogue is a monster rebounder for his size in the PF position and look for him to get a bunch of garbage points off of offensive rebounds. Edozie got good minutes in the NCAA tournament and look for him to expand his role this upcoming season. Then there is Niang, able to back down a lot of PF’s in CBB and finish with a gorgeous post move. Also look for Niang to be able to drive on PF’s more this year with his slimmed down body, and of course he can hit 3’s for days.

Look for Jameel McKay to lead this group when he becomes eligible Dec 20. I gave this group a B+ because of McKay's absence and the unknown factor of The Greek God of Hoops. If you went to Hilton Madness like I did you undoubtedly got a warm fuzzy feeling watching Jameel and his outstanding athleticism, look for him to bring that on the court and emphatically block shots and be quite the post presence. The Greek God of Hoops will have an impact while McKay is out and that is when most of us will learn how good he really is. It’s apparent he can make three's and that he needs to put on 30 more lbs. but he should also be able to finish over other centers with a good left hand. Oh did I forget Niang? Well he will also be a leader of this group taking big men out to the perimeter and teaching them a thing or four.

Grade: B
The loss of Tyler Ellerman will be felt on the bench this season. Look for Stensland to try and replace much of his production. Kourtlin Jackson may also be a key bench guy to TRY and help replace Ellerman for Hoiberg. With both Stensland and KJ this team might be able to replace #ELLERMANTIME. When Niang is on the bench look for him to step up his towel waving game this year. He (unfortunately) gained valuable experience during last years NCAA tournament against UNC and UCONN.

A++++++++++++
Mayor McDreamy. That is all. Also look for Niang to be an on court coach. His basketball IQ is off the charts which will help him make sure his teammates are in the right spots offensively.