The Best Returning Players in the Big 12

Share All sharing options for: The Best Returning Players in the Big 12

You like lists? Yeah, you like lists. And I bet you like them even more when they include subjective rankings angled at getting the masses all riled up. For the most part, the entirety of the Big 12 has all but set their rosters for next season, but there are several teams still jostling about for the remaining prizes of college basketball's transfer season.

Today though, I thought we'd look at the best returning players in the conference. The Big 12 as a whole will be in the conversation for the top overall conference again in '14-'15 and will be bolstered by another crop of blue-chippers set to enter the league (*ahem*Kansas*ahem*), but this league is loaded with returning stars that will lead the way.

Because I care about the quality of content I put out there, I spent the better part of 20 minutes putting this list together and without further adieu, I give you the top returning players in the Big 12.

There was no sophomore slump for Niang. After a promising freshman year, Niang evolved into an even more dynamic offensive force and truly was the catalyst for Iowa State's offensive success. You have to wonder just how far the Cyclones could have gone in the NCAA tournament had Niang not gone down with a foot injury in the first second round match up against North Carolina Central. Would Iowa State have unseated the eventual national champions? We'll never know, but it's a fair question to ask. Don't believe that Niang is the top returning player in the conference? Think about this; on a team that featured the Big 12 player of the year (Melvin Ejim) and a fellow first team all-conference selection (DeAndre Kane), Niang earned the nickname, "The Closer". When Iowa State needed a crunch time basket, they went to Niang. When the Cyclones needed a score to break up an opponent's momentum, Fred Hoiberg put the ball in Niang's hand. While maybe not readily apparent to the casual observer, Iowa State just wasn't the same team without Niang in the line up the last two games. I challenge you to find a guy in college basketball that has a better array of back-to-the-basket moves than Niang. But it's not just that. Niang is also a face-up forward with dangerous range from deep that can handle the ball and is a gifted passer. He's the complete offensive package (minus the athleticism part) and on his back, will have Iowa State in the hunt to unseat Kansas from its Big 12 throne. 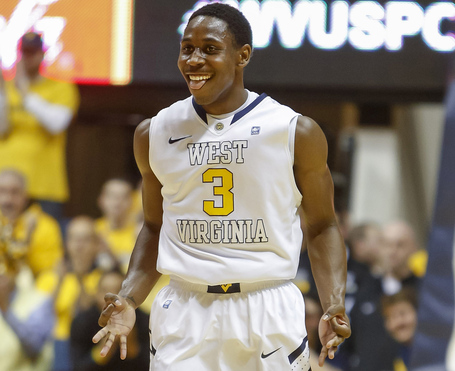 The numbers show just how prolific of a season Staten put together. He is one of the most difficult match ups in college basketball. Despite not being an adept outside shooter, Staten's quickness and mastery with the ball in his hands allows him to get into the paint whenever he wants and at 6'1" and nearly 200 pounds, he's got the build of a football player, which makes all the difference when finishing against taller opposition. Staten was a first team all-conference selection and will likely enter next year as the pre-season conference player of the year. With the transfers of former teammates Eron Harris and Terry Henderson, Staten could average 25 points per game next season and he may have to if the Mountaineers are going to be competitive. The fact that he possesses that ability is reason enough to put him atop this list and truth be told, he and Niang should probably be 1A and 1B.

Of all the guys on this list, Hield might be the most pro ready. At 6'4" and 210 pounds, he's the ideal size for a 2-guard at the next level and he's going to be among the top returning outside shooters in the country. Hield saw his scoring jump nearly 9 points per game from his freshman season as he led the Sooners to a second place conference finish. Oklahoma figures to be at the top of the league standings again this season and Hield will be in the conversation for conference player of the year.

What a nice surprise Foster was for Bruce Weber's Wildcats. A prolific scorer in high school, many thought he'd end up being a nice college player, but nobody saw that type of year coming. Foster hit the 20-point plateau eight times and scored a career high 34 points against Texas on February 8th. He figures to be an even more explosive scorer as a sophomore as he looks to lead Kansas State to a sixth straight NCAA tournament. 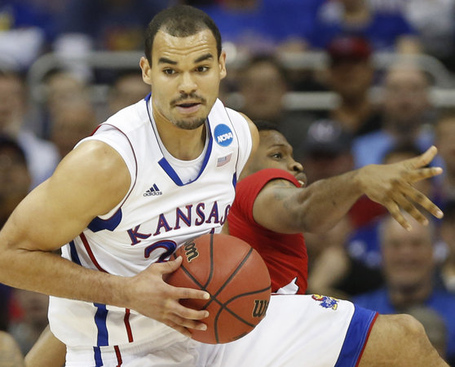 As we expected, Ellis became a bigger part of the Jayhawk rotation as a sophomore. He played 14 more minutes per game, attempted 5 more shots per game and scored nearly 8 points more per contest. Andrew Wiggins and Joel Embiid got most of the headlines, but Ellis was the backbone of the Jayhawks' 10th straight conference championship team. The next step in Ellis' game is developing a more consistent outside game, which given his success from beyond the arc this past season, there's no reason to believe he won't. Under Bill Self, post players have shown an ability to flourish later in their careers, meaning that Ellis could be in store for a monster year.

Nash changed as a player this past season. A dismal outside shooter as a freshman and sophomore, Nash only attempted six 3's as a junior (failing to hit any) and became a dangerous threat on the block for the Cowboys. He surprised many by coming back for his senior year, but with no Marcus Smart or Markel Brown to share shots with, Nash could have his best year yet. A classic tweener, Nash has never really materialized into the 5-star stud he was thought to be coming out of high school.

Chery wasn't exactly Pierre Jackson, but he was still pretty good in his first year in Waco. He's going to have to be significantly better with Cory Jefferson, Isaiah Austin and Brady Heslip all leaving town. The question is, can he be good enough to overcome the "Scott Drew Factor" and lead Baylor back to the tournament? 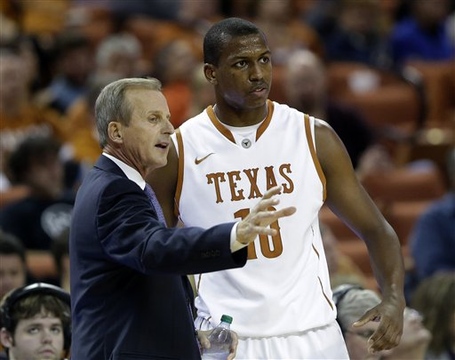 Holmes really blossomed as a junior and was one of the biggest reasons Texas rebounded and made it back to the big dance. With the addition of Myles Turner, Texas will have a loaded front court and Holmes figures to be the leader of the group. He's steadily improved each year in Austin and will be part of a group that figures to challenge Kansas for the conference crown.

Hogue was the fourth option in Iowa State's attack, but he was far more than just a glue guy. He had seven double-doubles as a junior and after Niang went down and Iowa State needed him most, he stepped up with a 14-7 game against North Carolina and then turned in a 34 point night against UConn in the Sweet 16. In fact, Hogue saved his best play for the post season, averaging 17.6 points per game in six post season games while also pulling down 7.3 rebounds per contest. With Ejim and Kane moving on, look for Hogue's production to increase dramatically as a senior.

Taylor was part of an excellent crop of freshman guards in the Big 12 last year. You could argue he was the biggest reason for the resurgence in Austin. To be polite about it, he's a developing shooter, but his real skill is a world class floater shot that was borderline unstoppable at times. In a sense, he's a Juwan Staten light. Texas has a chance to put together a special season and while the true strength of their team lies in the front court, it will be Taylor that ultimately makes or breaks the Longhorns' chances.

(In no particular order)

Disagree with the list? Alright, let's hear why. Now is your chance to tell me just how big of an idiot I am.