By Steve Good, A Passionate (And Many Times Ridiculous) Cyclone Fan

I’ve been a passionate Cyclone fan ever since my parents started dressing me without consent as an infant. I grew up attending Cyclone basketball and football games. I went to school at Iowa State. I now live in Ames. I’m a Cyclone football and men’s basketball season ticket holder. I have a drawer dedicated to "Cyclone Gear" that seems to never have enough room. My son’s third word was Cy. I own the Fred Hoiberg workout video from 1995 and still watch it periodically when I’m upset. Clone cones are a standard in my diet. Hell, I even go so far as merging to the far north lane every time I drive past Iowa City.

Simply put, I love my Cyclones. The past few years of Cyclone basketball have been truly magical, and I think the best is yet to come (assuming Freddy sticks around and the bromance continues). Having said that, there are some aspects of the Hilton experience that dig at me. Now, don’t get me wrong, the Hilton experience is one-of-a-kind and is tough to rival, but as the kids these days say, we need get Hilton "turnt up."

So, without further adieu, I present to you five things that can be done to make Hilton more hip. 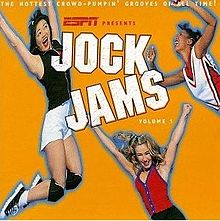 Jock Jams – I know, hating on Jock James is un-American, but I’m going to go there. I’ll admit that I owned the Jock Jams Volume 1 CD as a middle schooler, but that’s just my point. That was nearly 20 years ago! Every game, the starting line-up video comes on, I’m all jacked-up, my blood is rushing, I’m high-fiving randoms, and then……… Jock Jams. Yes, Jock Jams were created so that we could "Get Ready to Rumble,""Pump It Up, Go ‘Head, Go ‘Head,""Be aggressive, be, be aggressive," and even take notice that "Whoomp, There It Is," but man, it’s time for a change. Perhaps it’s just the guy next to me and his uncoordinated clap, but I’m going to go out on the limb and say that none of our players have a single Jock Jam on their playlists. We gotta get them fired up. Ain’t noboby want to be introduced to Jock Jams. 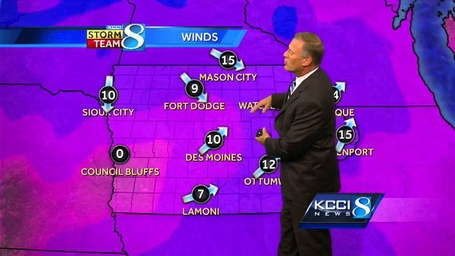 Weather reports – It’s tough to bash the weather when our mascot is an indestructible force of nature that strikes fear in the minds of the Midwest folk, but the last thing our crowd needs is weather reports with three minutes to go during a close game. Niang is making moves, Nazareth is dropping threes, Monte is crossing over people and then…… KCCI weather report on the big screen, it’s snowing, be careful on I-35 going home. Panic ensues, crowds merge to the concourse, people are throwing stocking caps on inside, and everyone forgets that they have to drive home in their weather-proof truck no matter the weather. Momentum lost. With three minutes to go, the Hilton DJ should only be looking to push one button, the "Jamie Pollard will get angry emails about the loud music from the Baby Boomer crowd button." I do commend KCCI for their fantastic and paranoia inducing tornado app. Definitely clutch, but Hilton weather reports need to go.

Gyro Stands - The gyro stand is a fine Ames tradition that needs to make its way into Hilton Coliseum. There is no better time to introduce this delightful Greek dish as big man Georgios Tsalmpouris comes to town. We need to make him feel at home! Imagine gyros in the first half and a Clone Cone in the second half. Nothing better! If gyro stands aren’t feasible, the simple addition of saganaki to the concession menu would be substitutable. Opa! 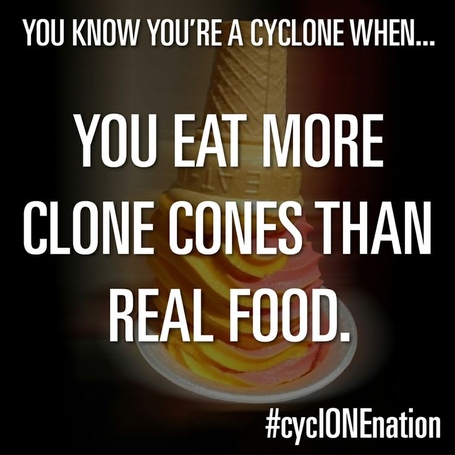 Clone Cones – Speaking of Clone Cones, and from the view of a young frugal father preparing to add the Clone Clone line item to the budget, we need to consider a Clone Cone to Tuition Relief program. Simply put, you fill up a Clone Cone punch card, you get money off your future Iowa State tuition bill. The University might need another Rec center down the road, but those are the details that would need to be worked out. While Fred has brought a winning tradition through transfer players (and I highly support it), I fear the day when my kids want to transfer away from Iowa State because it’s the cool thing to do. Clone Cones are the solution to keeping our youth in Iowa. 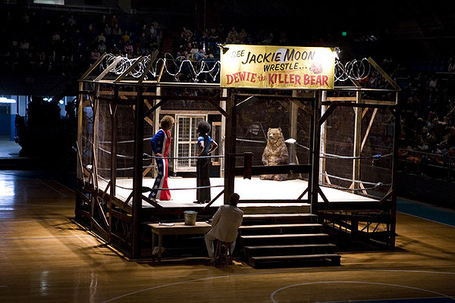 Halftime Shows – Iowa State basketball halftime shows are proof that Central Iowa has become a mecca for aspiring gymnasts. God bless their hearts, but we need more live wild animals and dishware-balancing, unicycle riding excitement. Other suggestions would include passionate Paul Rhoads videos on loop, live Lion acts sponsored by Royce White, a parade of those named "Game’s Most Ridiculously Dressed," a comedy act from the West Towne Pub guy, or simply the guy in the sumo costume on the floor shooting baskets. Less halftime bathroom conversations = better Hilton experience.

We have a great thing going in Ames and a national championship is in sight. Let’s make these enhancements and bring a new level of Magic to Hilton Coliseum. The support of the future generations is dependent on them.

Author’s Note: The people who work for Iowa State Athletics are absolutely wonderful!