Another former Cyclone is gone too soon.

If you read the comments of yesterday's Mid-Morning Dump you'll know the sad news that Hiawatha Rutland, the pop to Seneca Wallace's sizzle, passed away this weekend.  While there are no official news reports confirming Rutland's death, his Facebook page is filled with condolences and remembrances.  The closest news report we have comes from Cleveland.com and identifies a 33 year old man found after drowning when apparently trying to swim to shore.

The 2003 season was Rutland's senior year and he was poised for a breakout season as the focal point of an offense looking for answers after the graduation of Seneca Wallace.  A rebuilt offensive line and a freak knee injury against Northern Illinois derailed his career, and left Rutland fighting the NCAA about covering his long term care just so he could walk and feel normal again.  As of a year ago he was still waiting for approval of an "experimental" injection to alleviate his knee pain.

After his career was over Hiawatha finished up his master's degree in Ames and turned to comedy to replace football.  He was featured at VEISHEA in 2004 and even appeared on Last Comic Standing, but was eliminated in 10 seconds.  His comedic bits are hard to find on the Internet, but here's one snippet from a performance at Billy Joe's Pitcher Show in West Des Moines.  Fast forward to 3:45 and the audio in the video is definitely NSFW.

Hiawatha holds a special place in the hearts of the WRNL staff and the long time readers.  It was him who helped give us a little bit of legitimacy that was only slightly above "hack blog" status.  Three months after starting the blog we managed to interview Hiawatha prior to the beginning of the season.  His responses were funny and he was the first to call the upset of Texas.   It was after this interview that a number of our staff members friended him on Facebook and kept tabs on his life in New York City while he taught America's youth to suck just a little bit less.  He was an open and honest man, and even offered to let us couch surf when Iowa State headed to the Pinstripe Bowl in 2011.

Fast forward to 2012 and we did another interview with the man also known as Lumas P, and he was just as funny and insightful the second time around.  He was even bold enough to predict a nine win season after the loss of Jake Knott, and it's not insane to think how close the Cyclones came to that had a few more breaks went their way.

We kicked around the idea of having him on the site again before the start of this season, but like so many things in life it got filed in the "maybe later" category.  Unfortunately "maybe later" no longer exists and we're all a little worse off because of it.

Godspeed Hiawatha.  You'll always be a Heisman winner to WRNL. 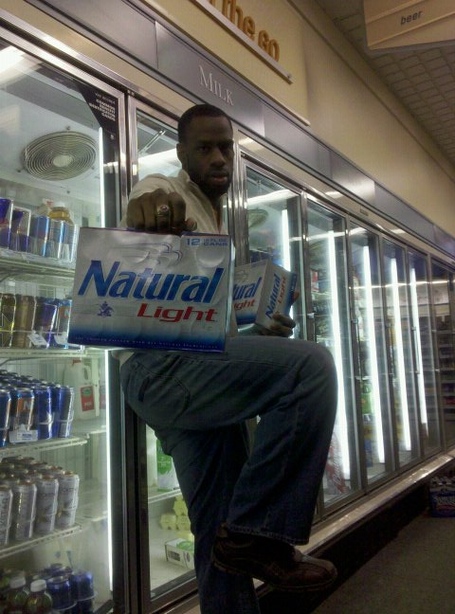