Share All sharing options for: The Weekly Troll: NDSU 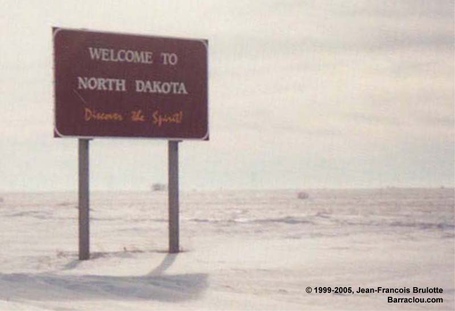 North Dakota.  That should be all I have to say to bring a disgusted grimace to your face.  The only reason that North Dakota is even mentioned on the national landscape is fracking.  Fracking is a questionable technique to remove oil -and they are doing it poorly. Plus they're killing our precious environment with all their death fuel.  WE DON'T NEED YOUR DEATH FUEL!  MY CAR RUNS ON GARBAGE AND DEAD HIPPIES.  BOYCOTT NORTH DAKOTA'S DEATH FUEL!

North Dakota is also very cold.  We here in cultured Iowa know a thing or two about cold.  But Iowa is tropical compared to your frozen hellscape.  Being cold doesn't make you tough.  It makes you a batshit crazy, blubber eating, white person (most likely). You're so damn cold and uneventful you might as well be annexed to Canada.  You're way more Canadian than American.   You even talk like them!  More on that in a moment.

Your state beverage is milk.  I can now compare you with the McPoyles.

They made a movie about you! And a show! Funny thing is that neither the movie nor show, really ever takes place in Fargo.  The filmmakers would much rather have it take place in Bemidji.  That's a place...in Minnesota.  And what did come from Fargo were crazed, psychopathic, maniac killers who woodchip humans.  Hope you're proud. 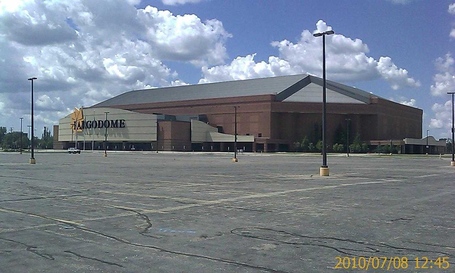 FARGODOME.  Damn, you Canadians have a thing for creativity.  Even though this game won't be played here, it still exists.  At least you did have the mental capacity to build a covered shelter up there where the Polar Vortex lives in his Fortress of Solitude.  FARGODOME. 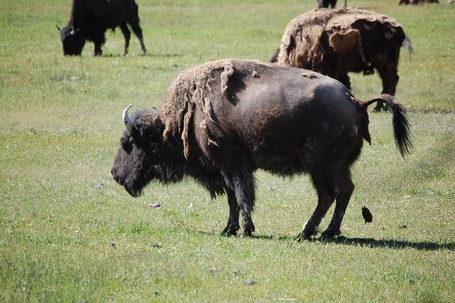 Do you see how that is spelled?  There is a "S" and "O" in there.  It is in no way pronounced, "BIZZZEN".   That's something only a backwoods Canadian would say.  Please, just join them already.  I think 49 stars on the flag would look better anyway.

The animal you chose as your mascot is an animal that nearly went extinct.  If it weren't for civilized people like us, you "cowboys" would have shot and killed every BISON in existence.  Which means BISON must be easy to kill, which is sad, but that's what you went with.  Smart.  We are the Iowa State CYCLONES.  Can you easily kill a cyclone?  No.  They kill you.  They kill us.  They kill everything.  I am even willing to bet a cyclone has killed a few bison in the Earth's existence.  How ‘bout that for a mascot?

You play a form of football they played back in the Football Medieval Times.  Pack it in, and RUN THE DAMN BALL.  If the score gets over 14, watch out!  If you ever want to play D-1 ball, better think about joining the Big 10.  They play like that too, but with Bagmen!  And athletes.

Klieman takes the reigns from your former overlord, Craig Bohl.  Bohl promptly left after winning three-consecutive FCS (HA!) titles for...Wyoming (One of two states that have a smaller population than North Dakota)!  He couldn't wait to get the hell out of there.  He jumped at the chance to...see mountains?  At least we were spurred by a coach who; 1.) sucked 2.) went to a high major school and won a REAL championship.

But anyways back to Klieman.  He promises to run the same style that Bohl did.  REEEEAAAALLLLL ORGINAL.  Maybe he'll leave for Utah State someday.

If you have any more perfectly logical arguments for why we are better than North Dakota State, don't hesitate to share.