Share All sharing options for: The Weekly Troll: KSU

Okay Kansas, it's time to bring up some bad memories.  People don't forget!  As you probably know, you once had a war with Missouri. I understand the need to war with Missouri.  Missouri is the worst.  Unfortunately, this war helped plunge the United States into the Real Civil War.  Lame.  But at least you looked like the good guys, so good job!  Fun Fact: Iowa also once had a "war" with Missouri.  Unlike you, this "war" was resolved peacefully, and Iowa won!  And it has a great name, The Honey War.  "Oh, look at the little Honey War, isn't he so cuuuutttteee."  We are so much better at warring with Missouri than you.

Also, there are people in your state who don't want your children to learn about "science". I think I'll save this topic for when we play KU.

The Little Apple.  You and Reno should go to weekly meetings at the Rec. Center to mend your inferiority complex.  Trying to associate with something that is way more cool, popular, and hip is totally lame.  Didn't you learn that in high school?  But really, I have no idea what you learned in high school (see above).

You also celebrate something called, Fake Patty's Day.  I'm actually quite intrigued with this, but I have so many questions.  Does this replace St. Patty's Day?  Is this still Irish themed or some sort of fake nationality? Do people riot?  Can we steal this from you since VEISHEA was cancelled? Can we move our football game to this date? All these dire questions need answers. 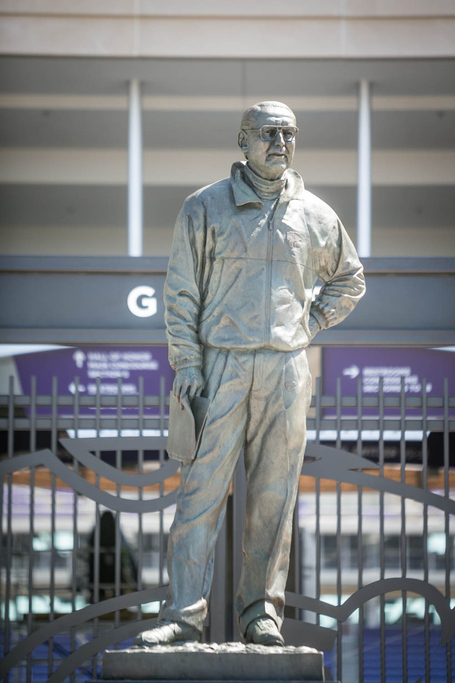 I have nothing here.  This stadium is named after your legendary wizard who brought your program to prominence - and his family.  I could bash him for being a good coach and family man but then this article would lose all credibility.  And I am all about credibility, obviously.

But there is a statue of the man outside the stadium.  What's going on with this trend of college teams putting statues up of people way too soon?  There's Nick Saban at Alabama and RGIII at Baylor.  The perquisite for getting a statue needs to be either: retired for at least 5 years (not appreciated enough) or death.   I'm not wishing death on anybody here, but think of the end of The Dark Knight Rises.  SPOILER! Batman supposedly dies saving Gotham and they erect a statue in his honor at City Hall.  It just feels more important. 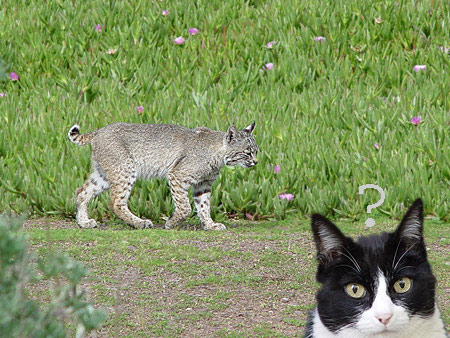 Congrats!  You have the fourth most common nickname in D-I athletics!  You were also the Aggies at one point in your history.  Why didn't you just change it to the Kansas State Farmers?  That's original at least.   Farmageddon could have been real, dammit.

But back to The Wildcats.  Am I the only one who isn't exactly sure what a wildcat is?  It could be a stray cat named Skittles.  It could be a lion.   It could be a cougar.  I just don't know.  So I did a little Internetting and found that the only species of "wild cat" in Kansas is none other than Lynx rufus, or the Bobcat for you non-science learners.

The Kansas State Rufus'...has a ring to it.

HAHAHAHAHA YOU LOST TO A FCS TEAM LAST YEAR.  WE WOULD NEVER LOSE TO SUCH SCUM.  HOW DO YOU LIVE WITH YOURSELVES?!? DID I MENTION THEY ARE A FCS TEAM?... :(

Coach: Gandalf the White (see above)

He was already a wizard before he retired for the first time.  While he was away battling evil, KSU fell into despair without their leading wizard.  Just when you think all is lost, The Wizard returns better than ever.  He is now all knowing and omnipotent.  He then leads his merry men against the forces of evil in an endless quest to destroy the for a ring.

If you have any other perfectly logical reasons for why we are better than Kansas State, don't hesitate to share.